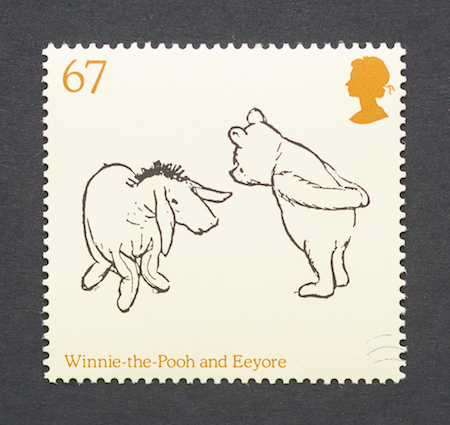 Ira Lacher: Many of us remain even more pessimistic — and not just about the pandemic. -promoted by Laura Belin

It’s hard not to feel optimistic when there’s less snow and ice on the ground each morning, shorts and sandals feel comfortable outdoors, and the gas grill fires up with ease.

Remember how this time felt a year ago? Now, we can dare hope again. Optimism is awakening.

“Finding light in the darkness is a very American thing to do,” President Joe Biden said in a speech from the White House last Thursday evening. He added: “If we do our part, if we do this together, by July the 4th there’s a good chance you, your families and friends will be able to get together in your backyard or in your neighborhood and have a cookout and a barbecue and celebrate Independence Day.”

A doctor friend of mine, who practices in southern Iowa, says he expects that as early as this summer, my wife and I will be able to travel safely to see our daughter in a nearby state; by fall, perhaps our son in eastern Europe.

Americans want to believe. A new poll shows almost three in four are upbeat about the future.

But pessimism doggedly persists. Small majorities doubt Biden has a clear path on restoring the economy or what school looks like.

Even as the president tried to strike a positive tone in his East Room speech, he warned: “This is not the time to let up. Just as we were emerging from a dark winter into a hopeful spring and summer is not the time to not stick with the rules.”

Many of us remain even more pessimistic — and not just about the pandemic. A sizable proportion of Americans still believe times are not getting better. You can chalk that up to typical polarization: The Democratic Party controls Washington, and its theme song is “Happy Days Are Here Again.”

“What a sad life that donkey lives,” wrote several researchers for the Canadian Medical Association. “Eeyore would benefit greatly from an antidepressant, perhaps combined with individual therapy.”

Medical professionals agree that depression and pessimism are bad for our mental health. But they diverge on whether optimists can better “roll with it, baby.”

“Optimists are able to adjust their coping strategies depending on the stressors and, thereby, they may experience more positive outcomes compared with pessimistic individuals,” a quintet of researchers wrote for the National Institutes of Health. On the other hand, Harvard psychology professor Ronald Siegel argues that optimists and pessimists are like political extremists, who see only what enforces their worldview.

A better approach, Siegel argues, is reality. “Bring attention to the present moment,” he argues. “The sun is shining, the trees have lost their leaves, you can walk. Bring your attention to what’s here right now.”

Longtime Iowa residents know that when the groundhog predicts six more weeks of winter on February 2, we say, “Only six more? We should live so long!” We know that contrary to the traditional adage about the year’s third month, March comes in like a lion and goes out, not as a lamb, but a tiger. Many of us are Chicago Cubs fans.

Therefore, even in the midst of undeniably good news, we doomscroll. We’re unsurprised when vaccines prove maddeningly unavailable, or promulgate scary blood clots. We despair when the CDC tells us that even when fully vaccinated, we must continue to wear masks, physically distance, and avoid large gatherings, especially indoors.

So, although, as the Beatles sang, “the ice is slowly melting,” should we be optimists or pessimists?

The previous 365 days and their illness, death, and despair have made it oh so difficult to have faith in a positive future. But as many of us learn, faith cannot be justified with evidence.

So: Follow the rules. Do what the science says. But quit clicking the “COVID News” buttons on websites.

And if you hear Eeyore braying at your heels, ask him, at least for a while, to shut up.

Top image: A postage stamp printed in the United Kingdom showing an image of Winnie-the-Pooh and Eeyore, circa 2010. Photo by catwalker, available via Shutterstock.