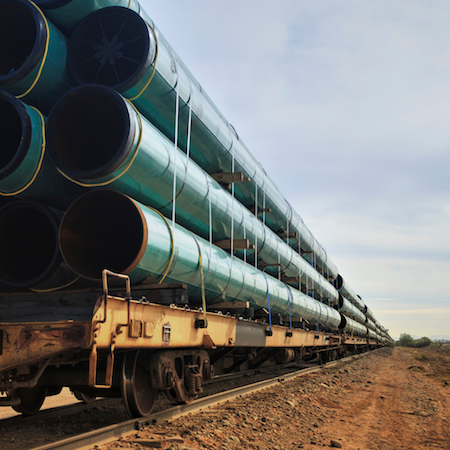 Michael Schmidt, staff attorney for the Iowa Environmental Council, wrote this post, which first appeared on that organization’s blog. -promoted by Laura Belin

This legislative session has kept the Iowa Environmental Council busy, in part because of a bill that would protect gas company profits at the expense of Iowa customers. House File 555 and its companion, Senate File 455, would hurt Iowans by stopping cities and counties from protecting their local residents from dangerous gas infrastructure, high energy bills, and polluting fossil fuels.

The bill would prevent cities and counties from passing anything to “restrict, impede, regulate, or prohibit” provision of methane (“natural”) gas or propane service. The bill language is so broad that it would prohibit local governments from protecting schools, hospitals, and residents from safety issues related to siting of dangerous methane and propane gas infrastructure. Meanwhile, no city or county in Iowa has even proposed banning gas or propane. Instead of fixing problems, the bill creates them.

In addition to the safety concerns, the recent polar vortex showed the problems reliance on gas can present. Demand for gas spikes during cold-weather emergencies because it is used for both electricity and home heating. Cedar Falls Utilities reported a price spike for gas of over 100 times their normal price during the Texas outages. Now Cedar Falls Utilities customers will have to pay at least $450 over the rest of the year for the higher costs. MidAmerican will raise customer bills, too. And having a gas furnace doesn’t mean you have heat in a power outage – the fan to circulate the air requires electricity.

The clear alternative is to build a resilient grid, boost local energy supplies and smart grid infrastructure, and allow buildings not to rely on gas. It is not only feasible thanks to electric heat pumps, but also cheaper. Many Iowans already heat their homes using only electricity. Long-term, as our electric grid is powered by more clean electricity sources, we will benefit from electrification: switching from gas (which has unavoidable greenhouse gas emissions) to electricity.

Perhaps not surprisingly, the bill is part of a pattern of bills in states around the country driven by out-of-state interests. Gas utility lobbyists have been pushing bills in a dozen state legislatures around the country to prevent local governments from deciding to move to clean electricity in buildings. The efforts are designed to ensure gas utilities maintain their monopolies despite the rapidly-falling price of renewable energy.

The Iowa Utility Association claimed local bans on gas would cost Iowans billions of dollars to implement, assuming replacement of every gas appliance in the state. But nobody is proposing to do that – local ordinances in other states focus on new construction.

Unfortunately, some of these lobbying efforts are paid for by gas customers, including in Iowa. In Alliant Energy’s last rate case, one of IEC’s witnesses testified that dues for the Iowa Utility Association – which is actively lobbying for the bills here and spoke in favor of the bill at a subcommittee – were not excluded from customer bills in the final settlement (to which IEC was a party). Whether such dues are included in rates should not be an issue that is up for debate in the first place and IEC is requesting more transparency about these types of lobbying efforts in customer rates.

Meanwhile, the American Gas Association has been creating new campaigns to promote using gas, even as science shows gas cooking produces poor air quality. It’s clear they are working to maximize their profits, and not to help Iowans breathe cleaner air, save money, and address climate change.

Contact your legislator using our action alert page and tell them to oppose these harmful bills.

The Senate passed the bill by 29 votes to 16 on March 29. As in the lower chamber, a few lawmakers crossed party lines. Democratic Senators Jim Lykam and Kevin Kinney supported the bill, while Republican Mark Lofgren opposed it.