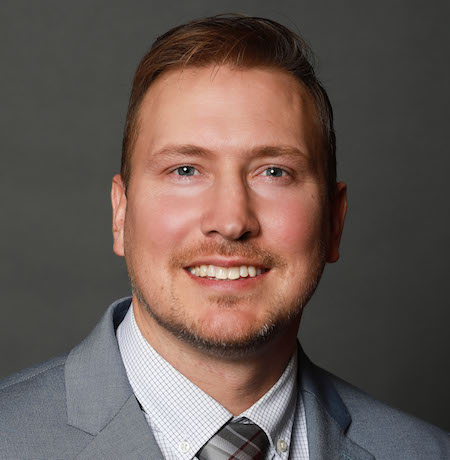 Since early March, the Republican has regularly shared memes purporting to be humorous near the end of his online updates about bills the House has approved or is considering. The edition Sorensen sent out late last week, covering week 13 of the legislative session, included the following two images, interspersed with memes mocking public assistance programs, feminists, environmentalists, President Joe Biden, and leftist intellectuals.

This meme is a riff on television commercials for personal injury law firms. It suggests people who receive COVID-19 vaccinations may have long-term health problems warranting liability lawsuits. 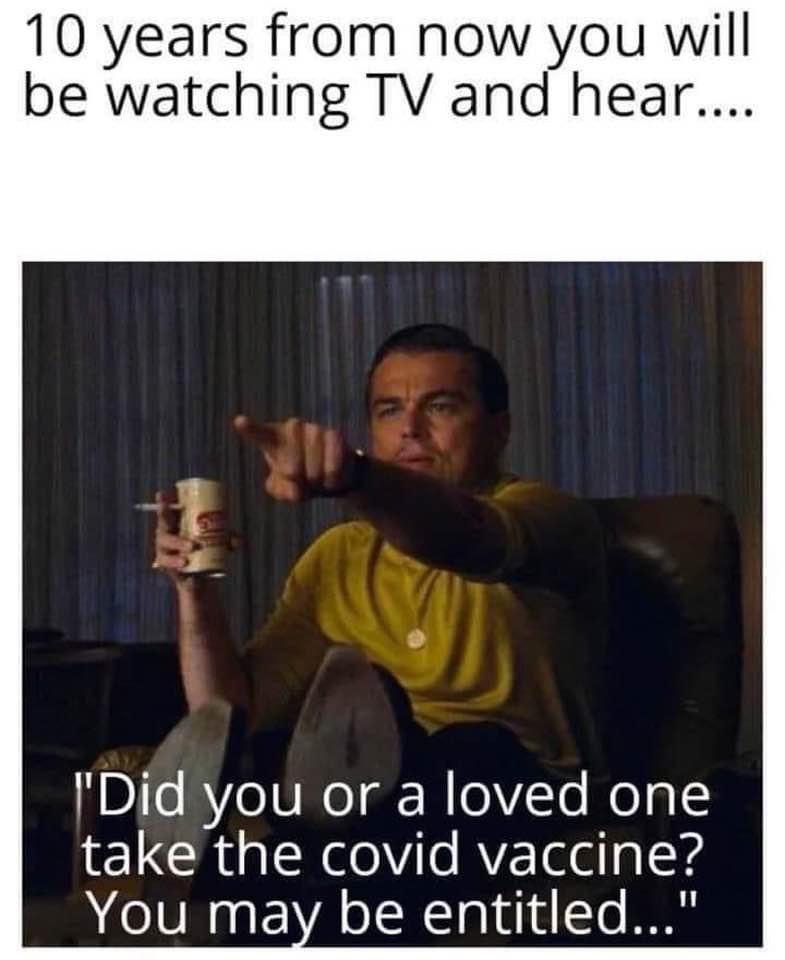 A second meme pokes fun at how vaccine skeptics are portrayed as “crazy conspiracy theorists.” 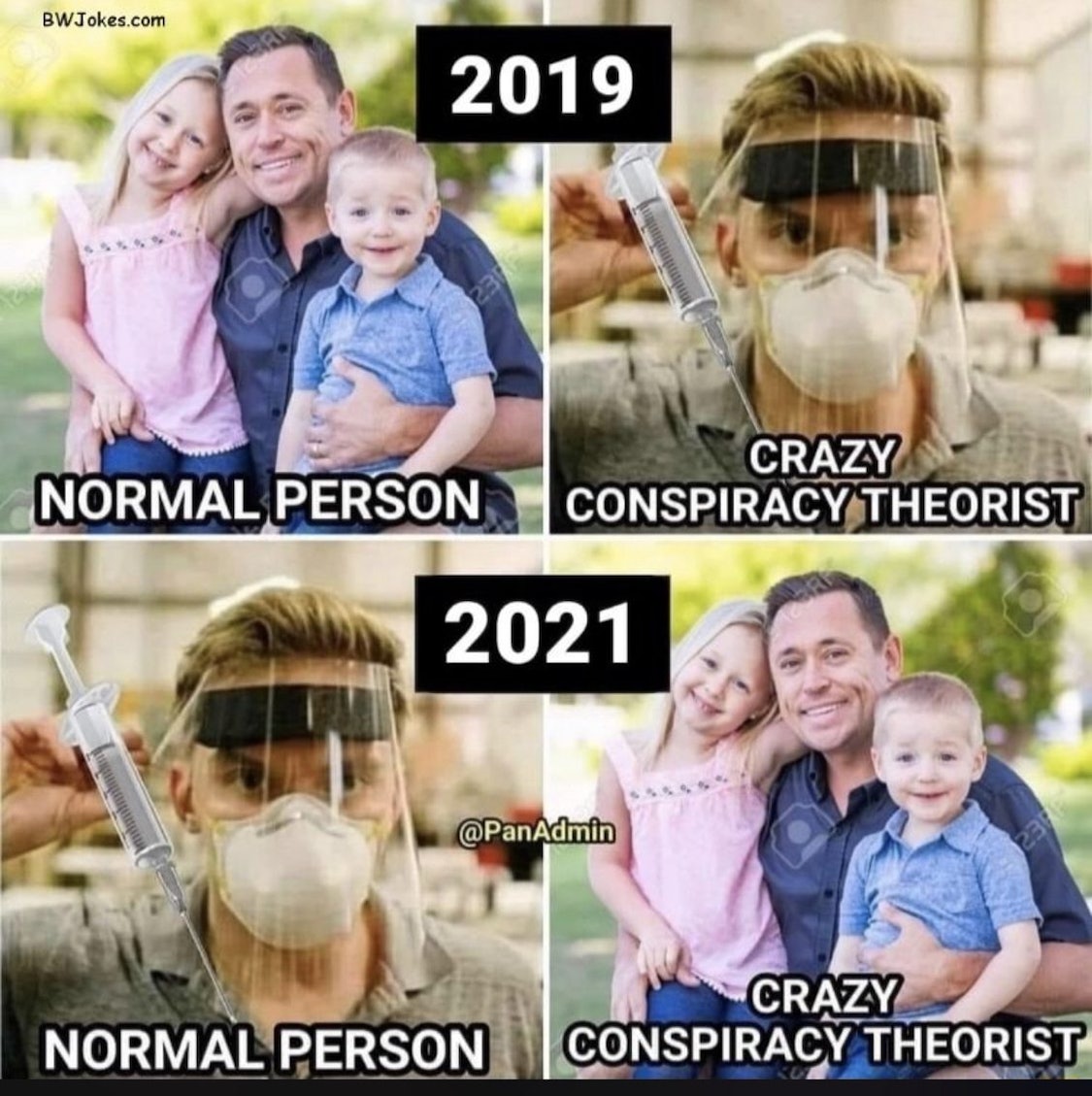 Sorensen did not respond to email or phone messages seeking to clarify whether he is discouraging Iowans from getting one of the COVID-19 vaccines, and if so, where he has gotten the idea that the vaccines are unsafe. The legislator also did not say whether he intends to be vaccinated for the virus, nor did he comment on public health experts’ calls for widespread vaccination to help the U.S. population reach herd immunity.

Since 2019, Sorensen has represented Iowa House district 20, covering all of Adair and Guthrie counties and small portions of Cass and Dallas counties. Counties in his district are in the middle of the pack for Iowa in terms of total COVID-19 cases per capita, with between 10 and 12 percent of local populations confirmed to have tested positive at some point.

In terms of total per capita deaths from the virus, Adair ranks fourth among Iowa’s 99 counties and Cass ninth. In fact, Adair’s death rate (about 4.5 coronavirus fatalities for every 1,000 residents) puts that county 93rd nationally. Three other Iowa counties have the unfortunate distinction of being in the top 100 nationally for pandemic deaths as a share of the population: Harrison County ranks 48th, Ida 67th, and Ringgold 91st.

Public health departments in 21 Iowa counties, including Adair and Cass, turned down this week’s COVID-19 vaccine allocations from the state, Iowa Department of Public Health officials told reporters on April 14. The pattern could signal greater hesitancy to receive a shot in those areas.

Some Iowa GOP political leaders, such as Governor Kim Reynolds and U.S. Representative Mariannette Miller-Meeks, have repeatedly urged Iowans to get vaccinated for COVID-19 when they are eligible for the shots. State officials have said rapid vaccinations are important as more transmissible variants of the virus spread across Iowa.

Some Republican lawmakers have not been on the same page. Iowa House Speaker Pat Grassley said last month he has “chosen not to” be vaccinated for COVID-19, and implied he did not intend to receive a vaccine unless the shots become required for travel.

Photos of Sorensen from his newsletters show him occasionally wearing a mask at the capitol, though he, his wife, and their children were all unmasked during a visit with Governor Reynolds in her office in March. Staff for the governor did not respond to Bleeding Heartland’s request for comment on Sorensen spreading anti-vaccine memes.

Staff for the Iowa Department of Public Health likewise did not comment when asked whether State Medical Director Dr. Caitlin Pedati had communicated with Republican legislators about the importance of getting Iowans vaccinated for COVID-19.

UPDATE: After ignoring three emails and a phone message seeking his comment and perspective on why he shared memes suggesting COVID-19 vaccines are unsafe, Sorensen wrote a lengthy complaint about my coverage. From his latest newsletter, headlined “The Masked Humorless:

Be careful the grifters who make money off of your outrage. Heard that on Rogan (famous comedian and podcaster known for his long form discussion). Some of those grifters are those masquerading as “journalists”, or “bloggers and are what I’ve dubbed the “fourth and unelected branch of government”, who are twisting comments into purposely misleading headlines for clickbait and revenue, and guess what pays big… anger and outrage. Look at your politically motivated friend on social media, look at their political posts and the comments underneath. What outrage and disgust over us horrible politicians, and it’s all the opposing party’s fault, of course!

Obviously, politicians aren’t above this crap either, we all play in the mud together. For politicians it’s how far left or right you can prove you are, so you’re worthy to the radicals on the fringes, who are also the loudest. For me, I’m a “Radical Moderate”™. A couple of my colleagues and I have been using that term jokingly but more and more it’s making sense, as it seems to be a radical position to be open minded to all the ideas and legislation on the table. For God’s sake, we aren’t robots, we are free-thinking men and women who are following legislation as it ebbs and flows and changes, we align with parties.. we don’t worship their every doctrine. Why do you think that 90% of our legislation is bi-partisan? Because we agree 9 out of 10 times or more. That should be the unifying headline.

Now back to the grifters comment because, low and behold, I’ve been posting some memes to lighten the mood of a boring political newsletter, and I received a couple angry emails and now a hard left blogger posted, steering radical leftists into vile comments and outrage. It’s seems they took my memes for meaning that I was somehow an anti-vaxxer, or uncaring. They are memes, they are not intended to offend anyone or make an official statement… they’re intended to make you laugh.

You see, to be a journalist now means you’re an activist for one party or the other, and any little thing they can grab onto for “news” to twist for their loyal echo-chambers to inspire them to send in money, fueled by their “righteous outrage”, deserves ample screen time. For the record, I’m not an anti-vaxxer, but also to be clear, my vaccination record is none of your business.. your vaccination is none of my business. Also, let’s be honest, the vaccination-selfies are cringe worthy at best…stop…just stop.

I believe in science and am grateful for vaccines, but why does the Federal Government continue pressing for restrictions that the vaccines are suppose to eliminate? Here’s my biggest question, if the vaccine prevents you from catching COVID, then why are you wearing a mask, and if it doesn’t prevent you from catching the COVID, why are we taking it in the first place?

Also, enough with the mask/vaccination shaming. I know it makes people feel vindicated and righteous to shame your fellow citizens, but enough. This forced compliance or else, and this idea that “mitigate risk at the expense of literally everything else”, and “no cost is too high” garbage thinking is poisonous to liberty. I got the whole, flattening the curve until we could get this figured out, but to quote Joe Biden; “C’mon man!”

It seems progressives are clinging to their “moral stance” that we need to keep taking excessive action because of COVID, and why you may ask, they thrive on collectivism and they love centralized control of the economy and society. Also, to be fair, I think we should distinguish between liberals and progressives. I think there should be an alliance between real liberals and real conservatives in the future, and that’s how we’re gonna solve problems. We generally have a different philosophy and solutions for issues and policy, and that’s how we get to what’s called “the center” and what I call compromise. The way I see liberals, classic liberals as opposed to modern liberals or progressives, are that they’re good at having enough empathy and compassion to see what might need to be changed, i.e. quality healthcare for all. Conservatives are good at finding solutions for that change, that maintains the things that got us here in the first place, i.e. being good stewards of the budget. Listen, we can’t burn down all the foundations of our society just because we’re not a perfect Utopia. A reminder, Utopia is coined from the Greek term ou-topos meaning “no place” or “nowhere”… essentially, impossible.

What we have isn’t perfect, but the vast majority of people, not from the US, would move here if they could. We’ve sadly lost the ability to shed the Red and Blue jerseys of our perspective echo-chambers. Remember what it was like to be human, be a caring neighbor who isn’t concerned with what political signs were in each other’s yards. Remember having a sense of humor and not being offended by every little slight. I loved the Daily Show with Jon Stewart, a huge city liberal, but damn he was funny, many times embarrassingly funny to positions I held. I didn’t write angry letters, I took a little self reflection, reevaluated my stances, sharpened my arguments. But, that’s gone. You’re cancelled now because the opposition is too lazy to form a valid response, and you’re now victims of rich evil republicans.

I’m concerned the modern left want to bring us back to this sort of, subjugating people into different identities and hierarchies, which is a really bad place to be. Maybe we should say, look you can keep dividing people up all day long, eventually you end up at the individual, so maybe we should look at how individuals act, and then have a have a really rational structured conversation about how we define incentives, and does this infringe on rights, life, liberty and property.

Rather than “check your privilege”, maybe it should be “check your outrage”. Be an individual, be a neighbor and friend. Think for yourself, for the love of God, stop relying on headlines and poorly researched news clips and stories to steer your political views, I guarantee there’s a spectrum of ideas you’re blind to because of our “click, like, comment” culture. We should be able to disagree politically, have a discussion, maybe sway each other, and if not, part as friends, agreeing to disagree but work toward a viable compromise.

Sorry, not sorry, you cant take joke or meme… and for all those “tough” keyboard warriors, I’ve seen your pages, you couldn’t fight your way out of a wet paper sack, so chill out.

“Why does the Federal Government continue pressing for restrictions that the vaccines are suppose to eliminate?” Because we still need to reduce community transmission of COVID-19 to keep people from getting sick and dying, and to prevent new variants from spreading or emerging.

“If the vaccine prevents you from catching COVID, then why are you wearing a mask, and if it doesn’t prevent you from catching the COVID, why are we taking it in the first place?” No one has asserted vaccines prevent you from becoming infected. We don’t know yet whether vaccinated people can transmit the virus. But current evidence suggests the vaccines are very effective at keeping people from becoming sick enough to be hospitalized or die. And eventually, vaccines will help us reach herd immunity, protecting the health of people who can’t be vaccinated. 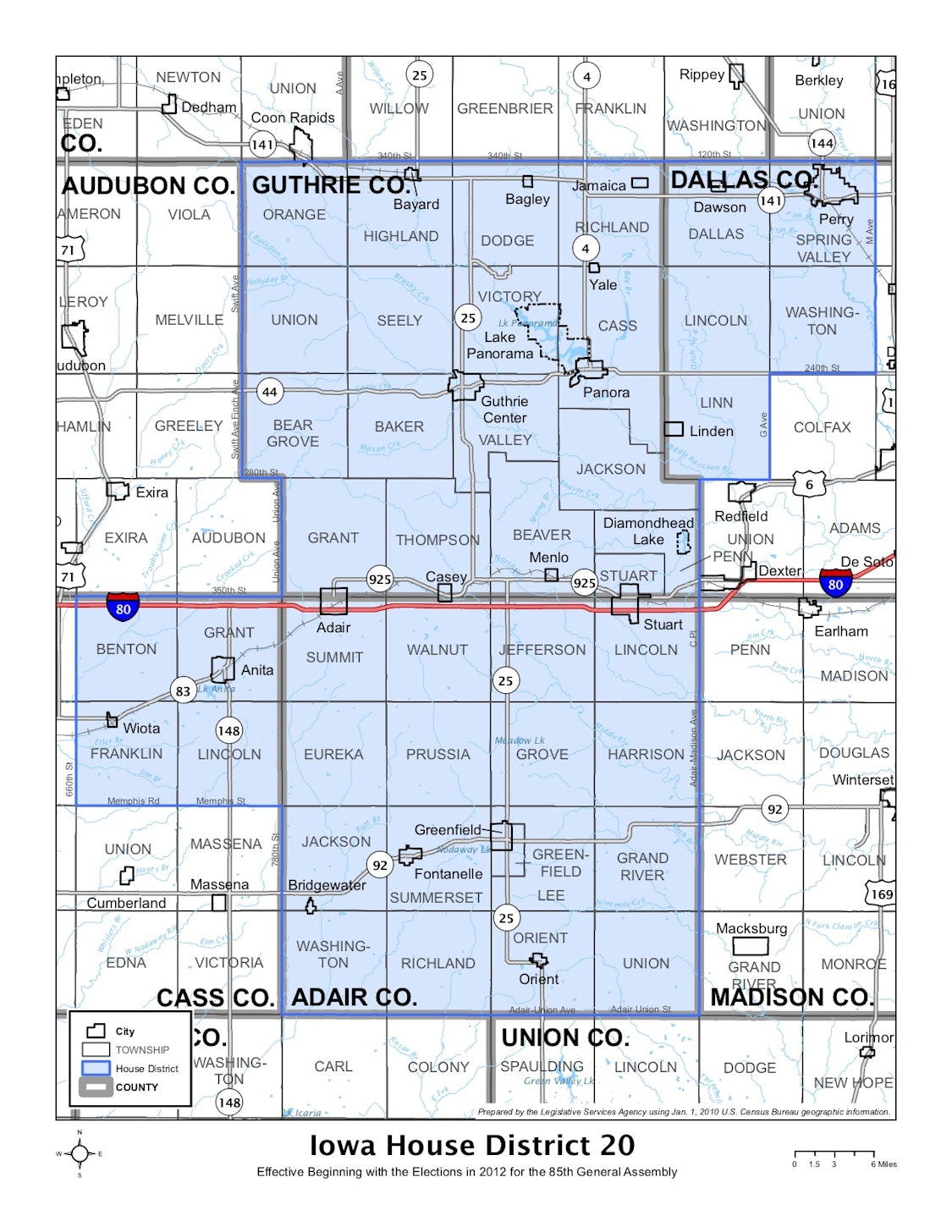