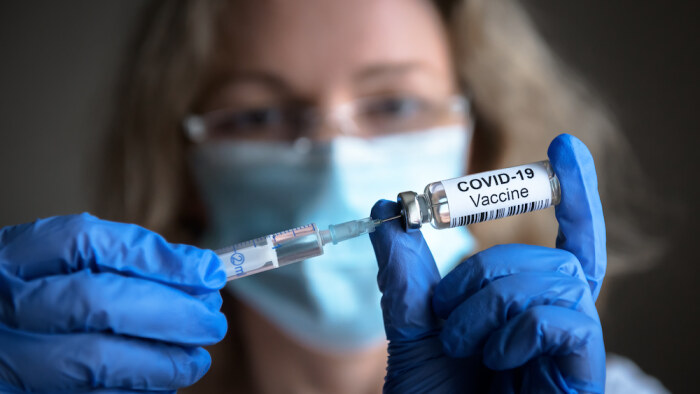 All right: What's it gonna take?

Volunteering at a COVID-19 vaccination clinic recently, I encountered something making me start to believe that regardless of all the gloom surrounding who’s getting shots in America, we may be better off than we think.

A former colleague, one of the most egregious Trump supporters I’ve ever known, was there. For their second shot.

Vaccine resistance in America is fading, with new polls showing only about one in ten adults eschewing interest in protecting themselves and the people they care about from contracting the virus or needing to be hospitalized because of it. Of those, three in ten identify as QPublicans, but only slightly more than one in ten of those are women. Proving that despite the Marjorie Taylor Greenes of this world, there is hope.

But reaching out to the guys who won’t get the shots remains harder than urging some children to do their household chores. Some of the reasons refuseniks give can’t be explained. “I see people who won’t take the vaccine because of irrational fears stoked by misinformation, mistrust, and partisanship,” Dr. Greg Cohen, who practices in Chariton, Iowa, wrote in a letter to his local newspaper. “Many are very educated but believe things that just are not true: ‘Bill Gates put a tracking chip in it.’ … ‘It will make women sterile.’ … ‘It will change my DNA and I won’t be conservative.’ … ‘It will make me a zombie.’ ”

Does this remind you of how you couldn’t convince your toddlers that monsters weren’t lurking under their beds? Some experts suggest that we take the same approach: Don’t confuse them with facts. “Instead of focusing the conversation on science-based data, talk about feelings,” Adrianna Rodriguez suggests. “Are they scared of vaccine side effects? Are they worried about the novelty? Do they fear possible long-term effects?” Does this mean public health servants should organize public exorcisms of the vaccine vials?

Maybe; some urge come-to-Jesus moments — literally. “The positive influence of faith-based approaches on vaccine uptake is particularly important among Protestant Christians, who have higher rates of vaccine hesitancy and refusal,” the Public Religion Research Institute reports. Comments Jennifer Rubin of The Washington Post, “It’s time to take vaccines to church.”

Still others advocate a more direct approach — like bribing people. “One of my C.E.O.s is paying everyone $100 to get the vaccine,” Shirley Bloomfield, CEO of the rural telco trade association, told The New York Times.

Democrats are all over ourselves that truth will prevail over falsehood, that fact will win out over myth, that logic will triumph over emotion. To end this pandemic sooner rather than later, we simply have to get shed of those notions, and do whatever it takes.

If enticing my dog with treats is the only way she’ll get off the couch and go for a walk instead of doing her thing all over our carpets, I entice her with treats. Similarly, we need to get through to vax-fusers with whatever means possible. Rewards for being vaccinated instead of punishments for not. Krispy Kreme doughnuts. Beer. Freebies. Even cash. The alternative is to assure that America never reaches herd immunity, as a growing number of health experts believe, because too many refuseniks keep us from achieving the necessary 70 percent to 80 percent vaccination rate.

“There are going to be places, rural Idaho, for example, where you have very independent-thinking people where there may be continuing spread, because you only get up to 25% of people vaccinated,” Dr. William Schaffner, an infectious disease expert at Vanderbilt, told USA Today.

Even with the largely Qpublican male obstinacy, America leads the world in vaccinations. But our dominance won’t last. Objections in Europe to the AstraZeneca and Johnson & Johnson side effects are ebbing. Many Asian countries already have begun mandating vaccines. Italy has ordered its healthcare workers to get the shot. Other European nations, such as Serbia, are considering doing the same.

And last week, Europe’s human rights court ruled that a country can compel children to be vaccinated to attend school. Importantly, the ruling in a case from the Czech Republic stressed a nation’s “vaccination duty” to protect its population. “Any future similar cases would be decided in the same way,” predicted Antoine Buyse, director of the Netherlands Institute of Human Rights.

It is difficult to see America following suit. When we let our people ride motorcycles without helmets and bring concealed handguns into church, we prove we’re living in the USA — the United States of Anarchy. Which means we’re not going to force our kids to do their chores.

Maybe my former colleague took selfies while getting the shot, and posted the photos on their favorite anti-liberal social media platform. Maybe their friends will get the message. If they don’t, our options are few. We can’t build a wall around rural Idaho.

Editor’s note: The Iowa Department of Public Health confirmed that 43 of the state’s 99 counties declined to receive their allocation of COVID-19 vaccines for the week of April 19. Those counties were mostly rural and lean heavily Republican.