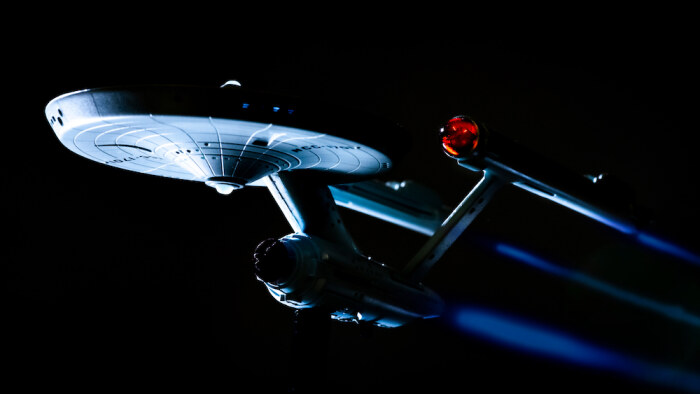 Operation Warp Speed: The Next Generation

Ira Lacher: Star Trek postulated that galaxy exploration is a never-ending mission; we must consider combating COVID-19 in the same vein. -promoted by Laura Belin

Remember “flatten the curve”? That was the former administration’s non-policy, which basically involved keeping America’s woefully inadequate hospital system from being overwhelmed and our nation becoming the nonstop outdoor crematorium that is today’s India. Even under that mismatched crazy quilt of how to deal with the SARS-CoV-2 virus, nearly 600,000 and counting have died on these shores, and cases, though declining, continue to add up, by the thousands per day, with lasting consequences unknown.

It was thought that the advent and mass distribution of superbly effective vaccines would eliminate the threat since, public health officials surmised, once we attained herd immunity through vaccination, there would be little fear of virus spread.

But a not-so-funny thing happened on the way to that practicality: millions of Americans, and many American civic leaders, have brainlessly rejected this totally efficacious — and, it is reminded, FREE — solution that can do for COVID-19 what we did with polio and smallpox: get rid of it.

Far too many Americans have eschewed the vaccine, based on a noxious combination of fear, misinformation, and in-your-face tribalism. And by refusing to compel them to take the vaccine, our supposed leaders, including President Joe Biden, have disobeyed the Constitution, which calls on them to “provide for the common defense and promote the general Welfare.”

Which means America likely will never wipe out the disease. “I do think it will become endemic,” says Dr. Jane Kelly, assistant state epidemiologist at the South Carolina Department of Health and Environmental Control. Scientists at the University of California at Riverside agree: COVID-19 will be here forever. “[W]e’ve abandoned the battlefield,” laments Dr. David Lo, of the university’s medical school.

Many epidemiologists predict that this coronavirus will become like the common cold: a sickness we live with. But what if the number of variants becomes too great and too rapid for vaccines to handle? How would we cope with constant serious disease — constant lockdown “brown-outs”? Those seem to be occurring in countries that believed they had the disease licked and reopened in early 2021. Australia, Germany, Spain, and Sweden are just some of the countries locking down again, in all or in part, for weeks or longer at a time.

But a society simply can’t turn it off and on. “[W]e find that successful control of the virus is the key to unlocking the economy, by restoring the confidence consumers need to reengage in economic activity,” the McKinsey consulting form asserts in a recently released report.

America is more vaccinated than most of the world, but when the number of vaccinated hit a wall, we will need to deal with the cases that continue. And we know they will continue to plague us for three reasons: First, because of vaccine refusal, surges will continue, especially within rural counties, which have a higher proportion of refuseniks than metropolitan areas and a higher proportion of persons at great risk because of impaired health and mitigation denial. Second, states aren’t limiting mobility and probably have closed the door on that unenforceable strategy. And finally, people who are infected, many carrying new, more contagious and possibly deadlier variants, will continue to endanger the rest of us, even those who may be vaccinated.

To stop this, America must institute a new iteration of “Operation Warp Speed” — the previous administration’s wildly successful program, with a term derived from Star Trek, to develop effective vaccines in an accelerated manner. Star Trek: The Next Generation took the original Sixties TV series into its future, with a new starship, crew, wonders to discover and obstacles to overcome. It is time for the Biden administration to launch “Operation Warp Speed: The Next Generation.”

For a blueprint, they could consider these recommendations, based on a report from Harvard Medical School:

Also, the federal government could fast-track the ACTIV-6 clinical trial, now in phase 3 and funded by the National Institutes of Health, which will explore “drug repurposing” — whether patients with mild COVID symptoms can treat themselves with seven existing over-the-counter and prescription medicines.

Star Trek postulated that galaxy exploration is a never-ending mission; we must consider combating COVID in the same vein. Because from a societal and personal standpoint, America has stupidly punted the only way to wipe it out.

As a society we have failed to compel an overwhelming number of us to be vaccinated, so the virus has few unresistant hosts to inhabit, and to drastically curtail infection spread by mandating masking, distancing, and staying out of poorly ventilated crowded areas such as bars and restaurants. Individually, too many of us have made ourselves easier marks for infection, compromising our immune systems by becoming obese, working in unhealthy environments, and not getting enough sleep.

Star Trek is science fiction; Operation Warp Speed was not. But, given our vast societal and individual failure, a massive symptom treatment strategy, labeled with a term derived from science fiction, may be our only way to keep America, and perhaps the world, from embarking on a too-familiar sci-fi subgenre: a dystopian future.

Top image: Model of the Starship Enterprise inspired by Star Trek, photographed by Rob Lavers and available via Shutterstock.