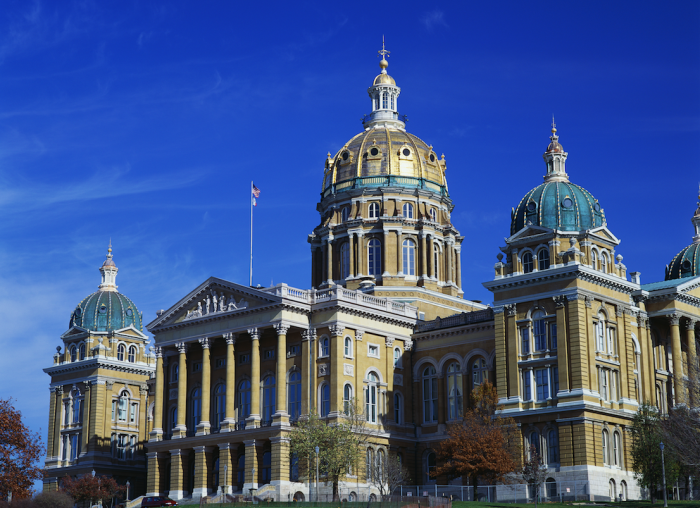 Most parents know that a car trip lasting too long makes kids mad and mean. With not much to do, they pick on each other and the picking becomes a full-blown fight. The adult goal is to end the trip and the fight as fast as possible.

Like the too long car trip, the 2021 session of the Iowa legislature has devolved into mad and mean. It’s time for them to end the ride and go home.

The attacks on public education were horrible throughout the session, but reached a zenith during this overtime period. House Republicans amended House File 868, the education appropriations bill, to add a hodgepodge of mean provisions designed to pick a fight with public education. The bill is now pending in the Iowa Senate.

The amendment had six provisions. I’ll summarize what I consider the most horrendous ones for teachers, but I’d recommend taking a few minutes to read the amendment, since a summary may not do the provisions justice.

Thanks to Randy Richardson, one of the moderators for the Facebook group Iowans for Public Education, we know the new provisions are tucked away on page 28 of the bill. My summary is in bold and my thoughts are in regular type.

Provision 1 (section 23 of the bill) would require the Iowa Department of Education to make guidance available to parents who want to file a complaint about their school district. While this sounds innocuous, it is once again a solution in search of a problem. Having been involved with public schools for 38 years, I can safely say, parents know how to complain and also to whom. There is absolutely no need for this provision.

Provision 2 (section 24) would require the Department of Education to implement by July 1, 2021 a new accreditation system for public and private schools. The first phase is an audit done on site or remotely to see if a school district is meeting accreditation standards and to review fiscal data.

If the department decides a district has failed Phase I, a second audit with a team from the state, assisted by unnamed third parties, will do a site visit.  Phase 2 audits may also be triggered by 20 percent of those voting in the last school board election or 20 percent of the parents or guardians of those enrolled in the district.

The penalties for failing a Phase 2 audit include imposing conditions for continued state funding. Withholding funding for a period of 60 calendar days or until the non-compliance is corrected. If the deficit is not corrected, the Department of Education may recommend merger with a contiguous school district at the end of the year.

This provision turns the clock back to when accreditation was done through Iowa Department of Education site visits. I remember, because I had to clean up my room when the team visited my school, and later I served as a team member for an audit of another district.

The reason they were stopped was the state didn’t (and still does not) have the personnel to make all the visits. These audits are time consuming for the district and for the team. Many visits became “dog and pony shows,” to show off what the district thought were the most innovative programs.

I suspect this may be a way to introduce paid, out-of-state consultants to conduct evaluations and promote the Republican narrative that public schools are failing.

Before state senators agree to this provision, they should consider a few things. The Department of Education will have to staff up to make these visits happen, and that will cost money. As usual, the majority party will probably pretend this type of audit costs nothing, or will shift the cost for school districts to pay.

Second, at any given moment you can find 20 percent of parents or voters who have some type of grudge against someone or something at the school. Do we really want teachers and administrators worrying and preparing for audits, or do we want them teaching kids?

Finally, does the state really want to withhold funding for a school it deems to be failing? Those are Iowa kids who could be cheated out of opportunities because an unnamed group decides their school doesn’t deserve the same funding as a school down the road. It’s counterproductive and frankly stupid.

Provision 4 (section 27 of the bill) creates a new petition process. If at least 5 percent of the voters in the last school board election petition the school board, the board will hold a public hearing within 30 days regarding the item contained in the petition. If the petition relates to something in the curriculum, that curriculum will be halted pending the hearing.

This in effect holds curriculum hostage to 5 percent of the voters, which in rural Iowa could be as few as five people. It’s absurd and it hurts kids.

I taught both The Grapes of Wrath and To Kill a Mocking Bird. I am sure the right-wing or maybe even the left-wing scream machines could gin up 5 percent to sign their name to a petition to ban both of these books. Curriculum should not be not a political tool. It is designed to teach critical thinking.

Being afraid of the extremes will doom Iowa kids to a curriculum so watered down, not only won’t they be ready for college; they won’t be ready for life.

It’s time to end the 2021 legislative car ride before more people are hurt by the meanness of the majority party. Let them go home, and maybe take a few days to visit a public school.

Bruce Lear lives in Sioux City and retired after 38 years of being connected to public schools. He was a teacher for eleven years and a Regional Director for the Iowa State Education Association for 27 years until retirement.