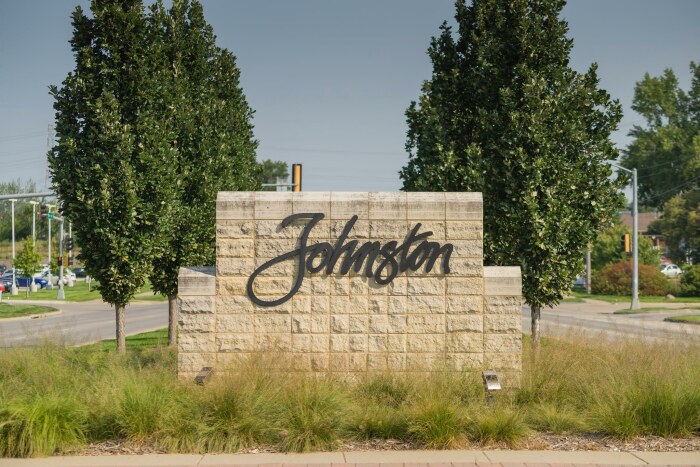 Bryan Burkhardt and Adam Haar were the top two vote-getters in a May 25 primary election for a Johnston City Council seat, according to unofficial results posted on the Polk County auditor's website. Burkhardt and Haar will compete in a June 22 election to serve out the remainder of Scott Syroka's term. Elected to the council in 2019, Syroka resigned early this year to serve as deputy director of communications in the Biden-Harris administration's Office of Personnel Management.

City elections are nonpartisan in Iowa, but Burkhardt and Haar had support from many Democrats in the community. City council member Rhonda Martin endorsed Haar, while former State Representative Karin Derry was engaged in GOTV, urging residents to support either Burkhardt or Haar.

Local Democrats were concerned about Johnson. Her campaign website described the candidate as a homeschooling mom and church volunteer who has "fostered relationships with state legislators at the Iowa State Capitol building talking about issues that are important to me and my family."

Johnson didn't mention there or in a recent candidate forum that she is a registered lobbyist for Informed Choice Iowa. That group opposes COVID-19 vaccinations and discourages vaccines for other illnesses. Many of its members fought to end pandemic-related restrictions, such as mask mandates and social distancing or capacity requirements for businesses. On the opening day of the 2021 legislative session, Johnson spoke at a rally of a few hundred unmasked protesters in the state capitol rotunda. Gavin Aronsen dug into Johnson's campaign supporters and donors in this post at Iowa Informer.

Asking residents to support Burkhardt or Haar, Derry said of Johnson, "Because her views are not based upon facts and science, I do not trust her judgment. We need City Council members who will listen to experts and make decisions based upon facts, not lies and conspiracy theories."

Martin expressed similar concerns, saying in one Facebook post that a person "who does not believe in science or who chooses to believe only in the science that supports their views" won't support evidence-based decisions on other matters, such as reducing the city's carbon footprint. Martin also worried about giving an anti-vaccine and anti-mask advocate "a larger platform" for spreading those views.

Conservatives who have downplayed the pandemic from the beginning will likely run for school board and city council in many Iowa communities this November. Voters who value fact-based decision-making will need to educate themselves about the candidates, because COVID-19 denialists may not be "loud and proud" about their activism this past year.