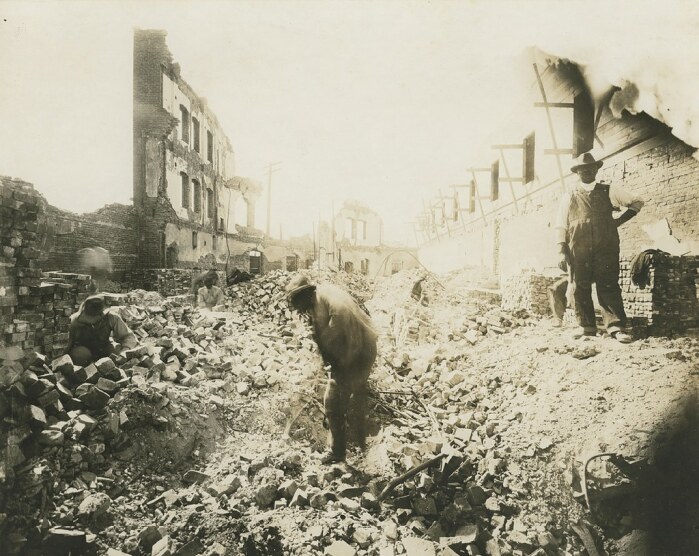 Ira Lacher: Institutional racism is America’s pre-eminent pre-existing condition. And until we can acknowledge this, we will never rid ourselves of it. -promoted by Laura Belin

Japan has apologized for its actions that precipitated World War II in the Pacific.

South Africa has apologized for apartheid.

Pope John Paul II apologized for the Catholic Church’s historic treatment of Jews and other sins.

Germany has repeatedly apologized for the Holocaust.

America has not only refused to apologize for its institutionalized racism against Black people, but Qpublicans are enacting laws to penalize the fact that it has been a linchpin of our structure throughout history and continues to exist.

“Critical race theory is . . . looking at the ways in which racial inequality is embedded in structures in ways of which we are very often unaware,” Kendall Thomas, co-editor of Critical Race Theory: The Key Writings That Formed the Movement”, told The Washington Post. (I will henceforth avoid using the term because, as other terms created on the left, such as “gun control” and “pro-choice,” it has been transmogrified by the extreme right to cause intensive distrust of those who espouse it.)

They would have you believe that even before the pandemic, the 75,000 Black people in America who died each year from 2016 to 2018 did so not because of structural racism, as reported by the American Medical Association.

They would have you believe that far fewer Black people own homes and therefore have less opportunity to pass wealth to their children because of other reasons than historic redlining, discrimination in lending and other causes, according to Forbes magazine.

And they would have you believe that Black people die at the hands of police far more than whites because of rogue cops and bad circumstance as opposed to racial bias in policing.

Institutional racism is America’s pre-eminent pre-existing condition. And until we can acknowledge this, we will never rid ourselves of it.

And it’s not only Americans who fall victim to this kick-the-can-ism. As reported recently by New York Times Beirut bureau chief Ben Hubbard, Israel is using what some observers call a “lawn-mower strategy” on Hamas that virtually guarantees continuing sporadic war that kills civilians.

The pattern is inescapable: Instead of treating the root cause of our afflictions, we are treating the symptoms piecemeal. It is insidious and destructive. But if we could educate ourselves about it, recognize and deal with it, we could avoid the inevitable outcomes of letting underlying causes fester.

In high school biology we learned the phrase “ontogeny recapitulates phylogeny” — an organism’s development mirrors that of its greater order. We could apply the corollary to this as well: The societies we build are the outgrowths of who and what we are. So if we tend to be a species that prefers to trowel cement into cracking concrete instead of looking into what may ail the foundation, we’ll build a society that does the same thing. If our symptomatic approach seems to fix the problem, we congratulate ourselves and look forward to a brighter future.

And that’s a mistake.

In writing the book Good to Great, about how to successfully deal with long-term problems in business, author Jim Collins based his prime directive — above all, confront the facts — on what he termed the “Stockdale Paradox.” Named after American Admiral Jim Stockdale, the highest-ranking prisoner of the Vietnam War, the paradox tries to explain the difference between faith in the endgame and optimism that everything is going to work out.

As Stockdale explained to Collins, “You must never confuse faith that you will prevail in the end — which you can never afford to lose — with the discipline to confront the most brutal facts of your current reality, whatever they might be.”

When we fail to acknowledge we have a substance abuse problem, or as a nation have a problem with systemic racism, we break Stockdale’s rule. We note that because we haven’t had a blackout in weeks, we’re on the way to treating our addiction. We note that since the Black middle class has increased in size, there is no systemic institutionalized racism. We agree that things will get better, so quit saying they won’t.

But by blindly accepting this optimism, Stockdale reminds us, we are deluding ourselves, with serious consequences to come. Because, he tells Collins, the optimists, as a class, didn’t make it out of North Vietnamese prison camps.

The deluded in our midst are America’s optimists. They see indications of improvement and say, “See — things will continue to get better. So why say they aren’t?” But the stakes in refusing to acknowledge — and address — our underlying shortcomings go far further than just the breaking of hearts. They may break up the United States of America.