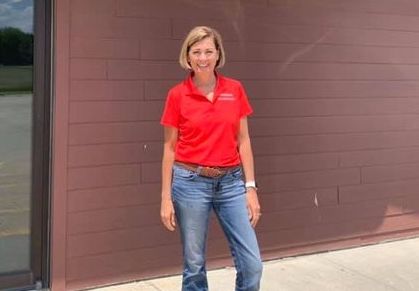 COVID-19 vaccinations increased significantly in Ohio after Governor Mike DeWine announced vaccinated residents would be eligible for five $1 million lottery drawings or full-ride scholarships to state universities. In contrast, vaccinations have been plummeting in Iowa lately. Most county health departments have been declining their vaccine allocations. Average daily shots are down 80 percent from their peak in early April.

Eighteen states and Washington, DC are now ahead of Iowa in terms of percentage of the population fully vaccinated, and 22 states plus DC have a higher percentage of residents who have received at least one shot. Less than two weeks ago, Iowa ranked sixteenth in the country on that metric.

Governor Kim Reynolds isn’t worried, though. She told reporters on June 2, “I am really happy with where we’re at” in terms of vaccinations. From Brianne Pfannenstiel’s article for the Des Moines Register,

“I’m not going to do a lottery,” the Republican governor told reporters during an event in Lake View Wednesday. “We’re still doing everything we can. We are working with every venue we can. We’re at the Barnstormers games. We’re at the Cubs (games). We’re at farmers markets.” […]

“We’re just going to continue to look at ways that we can work with communities across the state, with our clinics, with our physicians,” Reynolds said Wednesday. “And so if we need to do something different, we can assess and do that. But, you know, I think they’re available to anyone who wants them.”

It’s demonstrably not true that officials are “doing everything we can” to promote vaccinations. There may be many Iowans who are not motivated to get a shot now but would do so for a $100 cash payment, or a chance at winning $1 million or a college scholarship. Why not try? Several states are following Ohio’s example.

The governor’s current attitude is much like her stance last September and October, when Iowa’s COVID-19 cases and hospitalizations were rising sharply. Reynolds bristled at any suggestion she should be doing more to promote mask wearing and social distancing, even though the White House Coronavirus Task Force was urging the state to step up mitigation measures. She often expressed pride in what her administration was already doing to slow the spread of the virus.

Reynolds refused to impose new restrictions until mid-November, when hospitals were near capacity and an average of 50 Iowans were dying from COVID-19 every day.

Iowa is still doing better in terms of vaccinations than most states Donald Trump carried in the 2020 election. Charles Gaba has been charting vaccination rates and political lean by state and county. Here’s his latest chart, from June 4: 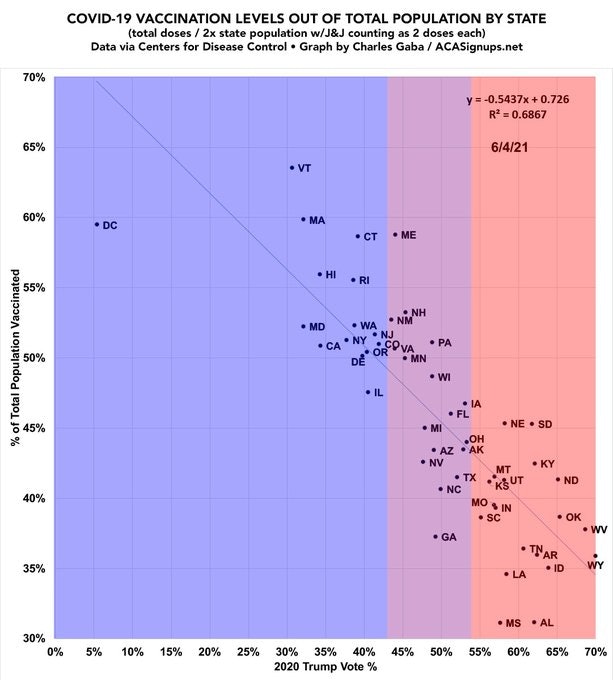 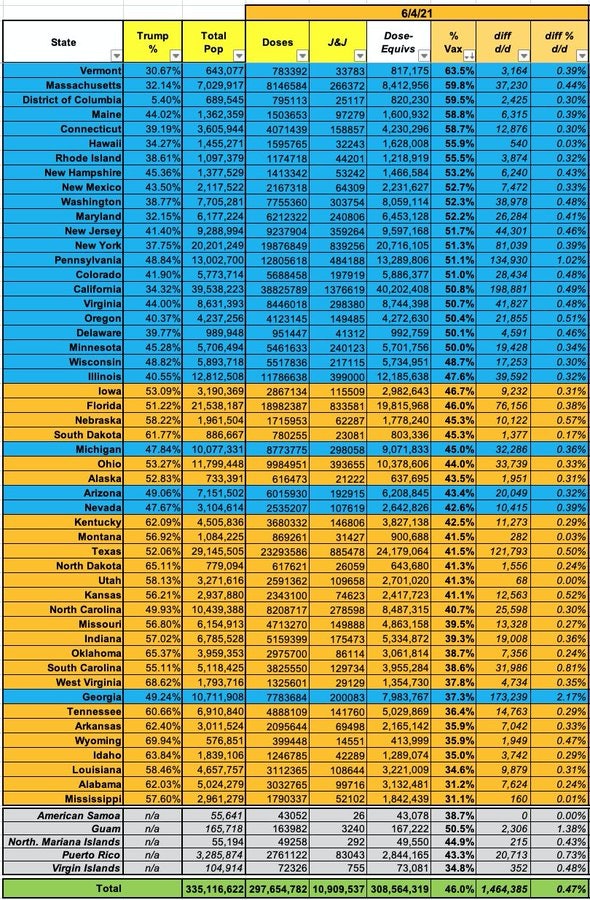 But in some rural Iowa counties, vaccination rates are as low as in the states at the bottom of the national chart. Those areas could be “sitting ducks for the next outbreak,” in the words of National Institutes of Health Director Dr. Francis Collins. Unvaccinated Iowans wouldn’t be the only ones to suffer; immunodeficient people could get sick too, and new outbeaks could give rise to variants resistant to current COVID-19 vaccines.

Reynolds and top officials at the Iowa Department of Public Health should be thinking creatively about incentives for vaccinations, not pretending that our current efforts will get the state to herd immunity thresholds.

Final point: around 370,000 Iowans have tested positive for COVID-19 at some point since March 2020. In fact, Iowa has the fourth-highest rate of total cases per capita among the 50 states. Perhaps the governor is less worried about vaccination rates in light of the large number of Iowans who may have acquired immunity from COVID-19 through past infection.

If so, that confidence is misplaced. The jury is still out on whether the reinfection rate will be higher for those who were infected compared to those who had a vaccine. And reinfected people can spread the virus to others, even if they don’t get severely ill themselves.

UPDATE: The Iowa Department of Public Health announced on June 7 that it is running an advertisement featuring Adjutant General Ben Corell of the Iowa National Guard to encourage Iowans to get a COVID-19 vaccine. According to the news release, “The campaign will run on broadcast, cable and connected TV; digital video channels including You Tube, Hulu and TikTok; traditional and digital radio channels which will include spots in English and Spanish; social media; online advertising; and billboards.”

Top image: Kim Reynolds poses in front of a restaurant in Ida Grove on June 2, the same day she told reporters she won’t hold a lottery to promote COVID-19 vaccinations. Cropped from a photo posted on her political Facebook page.