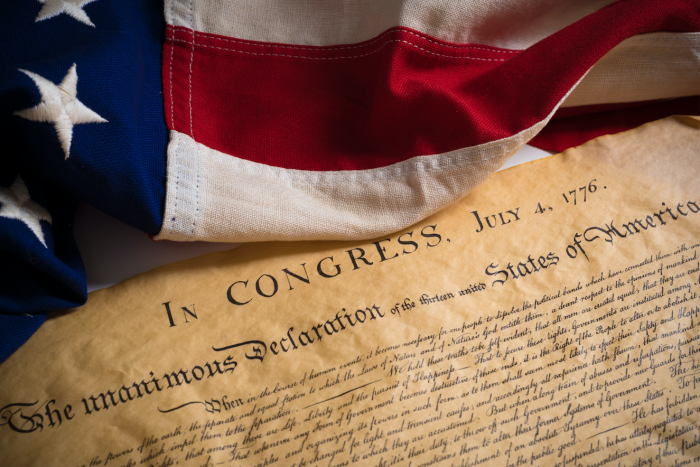 A year ago in The New York Times, David Brooks asked us on the Fourth of July to renew our national spirit, asserting that failing to take pride in America has caused many of the inequities and inequalities that have led to our comprehensive failure to conquer the pandemic.

Any such feeling has to include the reality that America was never a single nation to begin with. And that we remain separate nations today, kept apart by ingrained notions that bar too many of us from achieving this country’s promise: that each of us can use what our creator has bestowed upon us to the best of our abilities for the betterment of us all.

We began as a confederation of thirteen separate states, settled by different peoples, with different philosophies of how to live, achieve liberty and pursue happiness. (Many of us did agree, however, on driving out and killing the indigenous peoples.) Other “settlers” of diverse backgrounds came to these shores and added to the stew.

One America, inhabited largely by white people, who left school to work with their hands while raising families on a deep-seated collection of Christian values but have seen that America and their lifestyle decimated by technology and international corporate greed.

An America where life is good because homes and cars are large, as are the salaries that pay for them, owing to their recipients having the good luck or the parentage to attend the right schools and know the right people … but who remain largely aloof from those who don’t share their values.

Another America populated by descendants of slaves who built this nation, and have inherited a legacy of racism that results in an inability to feel safe from the “peace officers” whom they rely on to protect them from the violence and crime that too often plague many of their communities.

A further America of immigrants who have built lives here, educated their children here, pay taxes here, and contribute to civic life here, but who live in fear of being expelled to countries where violent death awaits.

An America of women, who – by design – were denied essential rights of citizenship, namely to vote and own property,  and who, besides being underpaid and undervalued, still struggle to exercise the right to control of their own bodies.

But within those fragments still lies the kernel of another nation, one that has achieved great prominence and renown for its stated dedication to individual rights and freedoms, and for professing to throw off the yoke of prejudice, bigotry, and hatred so that all within may reap its bounty and rejoice in its rewards. That certainly is a nation we can and should be proud of.

But only if we are determined to acknowledge the fault lines of America and resolve to repair them.

So this July Fourth, let us rightfully be proud. But also let us be determined.

On this July Fourth, instead of commemorating breaking away from Britain — a cause that was nowhere near universally supported — let us commemorate a new dedication to teaching and learning the truth about America: that our heritage is a complicated mass of high ideals wrapped around half-truths intertwined with unrealized potential. Let us proclaim not independence but interdependence. Then can we start on the long path to becoming a nation we truly can be proud of, not only one day but every day.