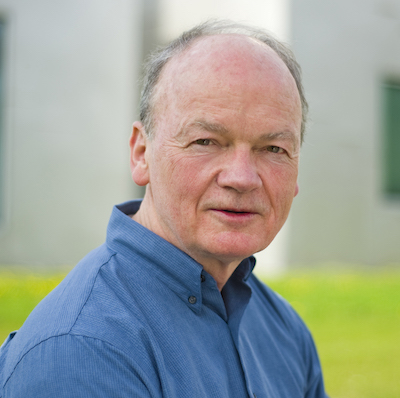 How Iowa taxpayers fund private schools, boondoggle for the rich

The Iowa legislature recently made a very generous tax credit even more costly and more generous, at the same time expanding a boondoggle for wealthy taxpayers.

As that credit grows more expensive, the rest of the taxpayers must either pay more to make up the difference, or deal with a reduction in public school funding or other state services.

The School Tuition Organization (STO) tax credit is one of several ways in which Iowa taxpayers subsidize private schools, which are mostly religious institutions. Taxpayers can get a credit for contributing to an STO, which is set up to accept donations and provide scholarships for students to attend private schools.

The credit was already extremely generous: 65 percent of the contribution. In a bill Governor Kim Reynolds signed in May, Republican lawmakers raised that to 75 percent and also raised the total amount that was available for the credits each year from $15 million to $20 million. Advocates have touted it as “the best tax break in the state.” 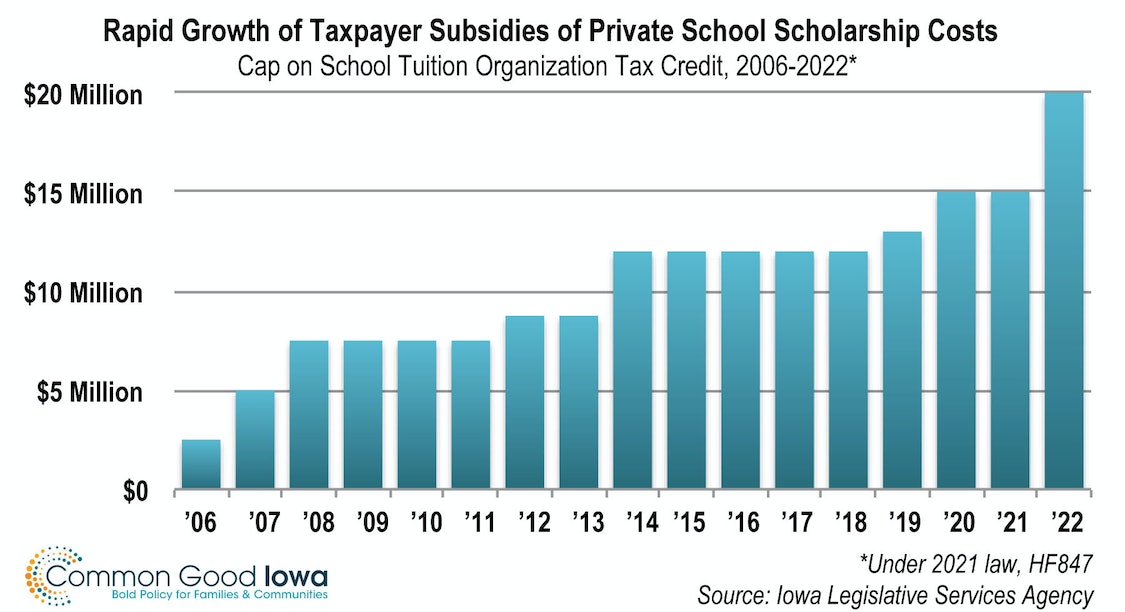 Consider someone who makes a $10,000 contribution to an STO. They can now claim $7,500 of that as a credit, reducing their state tax by that amount. If that is more than their Iowa tax would be, they can apply the unused portion of the credit to their tax in future years.

It doesn’t stop there. If the taxpayer earns more than $628,300, they will be in the 37 percent federal income tax bracket; it will undoubtedly pay for them to itemize deductions. So they can deduct the remaining $2,500 as a charitable contribution on their federal return and save another $846 in taxes. The total tax savings: $8,346.

Since the donor pays less, other Iowa taxpayers have to chip in 84 percent of this wealthy person’s contribution to private schools through the STO. That leaves the donor with only 16 percent of the cost. What a deal!

Unfortunately, it gets worse — in ways that have not been a part of general public discussion surrounding each expansion of this giveaway. Unlike many states with similar credits, Iowa allows the credit for non-cash contributions, such as a gift of stock, as well as cash donations.

Consider a wealthy investor who owns some stock. He paid $20,000 for it some years ago, and it is now worth $100,000. This person needs some cash to purchase a yacht. He could sell the stock and then pay income tax on the capital gain (the $80,000 increase in value since he purchased the shares). Although he is in the 37 percent bracket for ordinary income, the federal tax rate on capital gains is just 23.8 percent. He would also pay 8.53 percent Iowa income tax on the gain. The total tax bill would be $24,240, leaving him with $75,760 to help pay for the yacht.

But wait. His accountant tells him “Why don’t you instead donate the stock to an STO?” Here’s why that would be good advice. The current value of the stock, $100,000, counts as a donation to the STO and qualifies for the credit. That saves him $75,000 in state income taxes. Then he deducts the remaining $25,000 as a charitable contribution and saves $8,461 in taxes. The net result: he has $83,461 more cash than he had before donating the stock.*

By allowing donations of stock or other assets subject to the capital gains tax, the Iowa law in effect allows wealthy taxpayers to make money by donating. In our example, the taxpayer is $7,701 better off. (The wealthy taxpayer will have more cash by donating the stock than selling it, as long as the capital gain on sale of the stock is more than half its current value.) He now has $83,461 to put towards the yacht instead of $75,760.

This tax credit has been sold as an incentive for a charitable donation, but for the wealthy taxpayer, that’s not quite right. Rather, it is a profitable tax avoidance strategy, which makes sense even it you don’t know about STOs and don’t care about private schools. Meanwhile, the rest of us have to pay for it.

The legislature should fix this problem by disallowing gifts of stock and property to STOs.

*These calculations are based on federal and Iowa income tax rates for tax year 2021 and include the effects of Iowa’s deduction for federal income taxes. The gain from donating stock would be about $790 more if we used Iowa 2023 tax rates; while the top rate falls from 8.53 percent to 6.5 percent, this is offset by the elimination of federal deductibility.