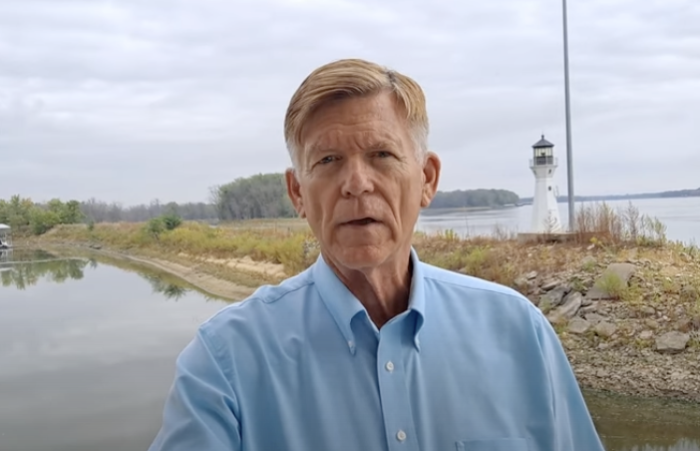 The Iowa Democratic field for U.S. Senate expanded again this week, as veterans advocate Bob Krause joined the field. In a video enclosed below, Krause said he was running in order to "elevate the battle of ideas," such as saving the country "from a dictatorial future," climate change, environmental degradation, "economic elitism," and international threats.

Krause served in the state House for six years during the 1970s, representing a district in north central Iowa. He has run for U.S. Senate twice before, finishing second in the 2010 Democratic primary with about 13 percent of the vote and fourth in the 2016 primary with 6.6 percent.

He's the fourth Democrat seeking the nomination. Abby Finkenauer is the front-runner, and Dave Muhlbauer and Glenn Hurst are also running.

Mike Franken, who was the runner-up in the 2020 Democratic Senate primary, is widely expected to announce another campaign in the coming weeks. Franken tweeted on October 8, "Appears Senator Grassley was very much involved and aware of attempts to overturn the election. Amazing that we now, after a generation in the US Senate, see his true colors. Time to shut the barn door on that career."

Bob Krause of Burlington, currently president of a veterans’ charity, the Veterans National Recovery Center, today announced his candidacy for the Democratic nomination for United State Senate against Charles Grassley. Charles Grassley has served in the US Senate for 41 years and was first elected to public office in 1958.

Krause framed the argument for his candidacy around the urgency created for the defense of American democracy in the aftermath of the January 6th Insurrection.  He states that the ongoing effort by Trump and other national and local Republicans are setting the stage for a slow-motion legal coup in 2022 and 2024.

“Today we are in the midst of a gathering storm against democracy,” said Krause. “We need to fight the flood floodwaters. And NOW is the time to fill the sandbags and reinforce the levees!”

Krause indicated that actions of Republicans around the country to generate false election audits, lawsuits over 2020, passage of voter suppression laws impacting Democratic voters, and laws allowing election officials to abrogate voted elections on their own motion “are the coup.”

To counter it, Krause pledged that his campaign is to elevate the “Battle of Ideas” for “those things we must do in the short range and long run to save us and our children from a dictatorial future.” Krause also discussed other campaign issues such as climate change, environmental and water degradation, revitalization of Rural America and the Right to Seek the American Dream.” He indicated that he would make detailed statements on these and others as the campaign progressed.