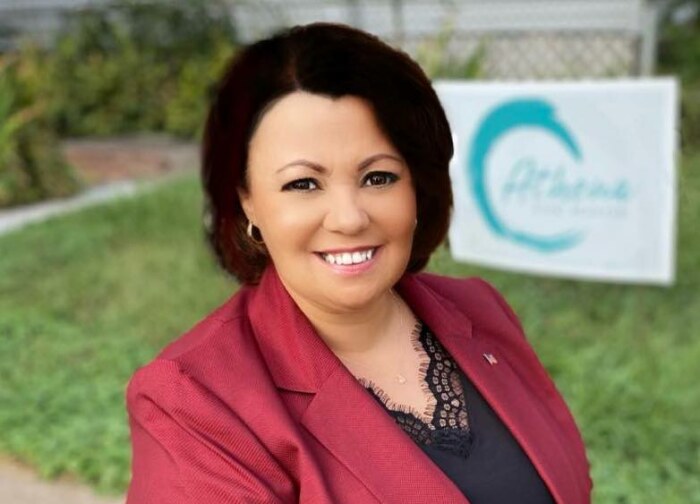 I chose to run instead

It is unfortunate that lack of cultural competency is not a disqualification for our elected state and local Democratic leaders. It is my regret to name the perpetrators of racism and harm, but is essential to telling the story of my displacement. Silencing Black women should not be tolerated, let alone celebrated within the confines of the political arena we find ourselves in. Yet, we find ourselves directly in this situation. Virtue signaling is not an attractive trait for any leader to be in, and as members of the community with constituents who look to us for individual guidance, the question must be asked, “will we continue to fail?”

Failure is not an option for me, nor is silence. And so, the following words are truths and experiences of being racially targeted by Mayor Mike Matson, Scott County Auditor Roxanna Moritz, and State Representative Cindy Winckler, and why the Quad-City Times’ endorsement is not only a mistake, but a misguided effort on behalf of non-people of color. You all have the power to help or to do harm, and the choice to be accomplices or allies. Who are you in these scenarios?

For those included in this email, you have not experienced the type of racial trauma that I nor other people of color have, nor will you ever. Therefore, do not bother me with declarations of empathy or statements of having Black friends. Instead, look for ways to contribute to undoing racial harm, rather than continuing to benefit from it.

For one long year and a half, I have heard from white people to stay silent on this issue. That the Mayor, Auditor, and State Representative have more power than I. This endorsement is a blinding reminder as to why I should have not taken this advice. Each is no more powerful than me. With these truths, I declare that I am taking my power back. What these elected officials did to me was wrong, intimidating, harmful, and an abuse of power.

This race is not over. Far from it.

I am disappointed in your choice of endorsement, paternalism, and racial undertones printed in this morning’s Editorial section. Let me be clear: this letter is not in retaliation, but a clarification. Restating your endorsement for Rita Rawson in 2019 with “no regrets” is an inappropriate way to state “we aren’t racist,” and sharp defense of your non-endorsement of any people of color in this present race. The correct term is tokenization.

Although you state you did your research, it is obvious you did not research hard enough. Your choice of Mike Matson is a result of your siding with a status quo establishment-culture that are helpful to no one. As Mr. Barton [a Quad-City Times reporter] has been to the Mayor’s Listening Sessions, it is apparent the people of Davenport do not agree with his leadership.

If the right questions were asked, your research would have shown a practice of institutional racism and performative allyship perpetuated by Mike Matson. This information, while possibly helpful to know before your endorsement, should be alarming to your staff, but most especially to voters. Mr. Barton would have found, upon following up with the sit-in protest last summer, that Mayor Matson complained to then Scott County Auditor Roxanna Moritz about the sit-in demonstration.

I will remind you that protesting is not only a constitutional right under the First Amendment, but, like the protesters at the lunch counters in North Carolina during the 1950s, who are celebrated today, we must continue the fight for our freedoms. Only those who were against civil rights and equality were not in favor of these demonstrations. The discrepancy between 1950 and 2021 should be examined carefully.

Upon the Mayor’s complaint to Scott County Auditor Moritz, Ms. Moritz contacted former Alderman Pat Peacock to stop my “ongoing protesting” at City Hall. When Mr. Peacock contacted me to warn me of the Mayor and Auditor’s actions, he advised me not to make enemies with “powerful people.” He also asked me to tell no one.

Despite this ask, I immediately contacted Scott County Auditor, Roxanna Moritz, who in our phone conversation, stated she did not have a personal problem with my protesting or me as an individual. To my relief, I thought I, a regular citizen, handled a strange situation perpetrated by elected Democratic officials, well.

A day letter, my volunteer organization I served as Iowa Regional Organizing Coordinator to, Swing Left, contacted me about the situation and warned me that Iowa State Representative Cindy Winckler contacted them and demanded I be fired. When my supervisor warned me about this apparent doxxing, we were both confused as to how the State Representative was involved. Because my organization is so progressive, and on the national stage, they recognized the silencing of a Black woman and racism in (Winckler’s) contact, and promptly stated their concern for this apparent attack.

Upon this set of events, I reached out to Representative Winckler. She stated she did not know the whole story and asked a lot of questions about my work with Swing Left. I told her going forward, that if she had any questions about my activism, my political organizing, or my person, to contact me. She agreed to do so.

Later, I received another call from Alderman Peacock who warned me that he had received another phone call about this situation. Iowa Democratic Black Caucus Chair Al Womble called Alderman Peacock to inquire about the sit-in and Representative Winckler, stating that once again, the State Representative called for my “firing.” (I am the Secretary of the Iowa Democratic Black Caucus and serve in an executive capacity.)

Alderman Peacock warned me that this was still an issue and was frustrated that I had reached out to the Scott County Auditor about her role. I stated to the alderman that silencing Black voices is a form of destructive, racist behavior, and that I do not tolerate it. He agreed that this was a problem and we both stated that we hoped it would stop.

I contacted Mr. Womble immediately, who assured me he thought it was some gossip, but wanted to talk it over with Alderman Peacock. I told Al that I was disappointed he did not directly contact me first and he apologized.

That weekend, I attended an event in Des Moines and was asked in person by State Representative Ako Abdul-Samad about what happened with Cindy Winckler and myself. I stated that I was at a loss, and chose not to reiterate the long chain of events and those involved, rather I restated my Constitutional right to protest, reminded him I had done nothing wrong or illegal and wondered what his part in this would be. He agreed that protesting at City Hall was not a crime. He also stated that he had known Cindy and worked with her for a long time and that was all.

Afterwords, I chose to speak up about this unfortunate experience of doxxing and racism to the Scott County Democrats during a central committee meeting following the shooting of Jacob Blake, a Black man who was shot seven times in the back by police in Kenosha, Wisconsin. The silencing of Black people, and the racism is a direct correlation, and it has been my belief, that Davenport could be the next great tragedy, should we continue to ignore the racial problems we perpetuate within our own community. When we allow leaders to perpetuate racism, we give permission for white people to kill us. I will not give my permission. Following the meeting, Ann Ring, secretary for the Scott County Democrats immediately contacted Cindy Winckler and Roxanna Moritz.

Because I raised my voice to stand up for myself and against racial injustice, and Black Death, I have been harassed, shut out, and racially traumatized by elected Democratic leaders in Davenport.

Most people would crawl quietly into the shadows following the aftermath of racial harassment. I chose to run for office.

As you know, the weak Mayor system in which we abide here in Davenport puts the power into the hands of the city administrator and the city council, which is why I chose the Mayoral position as a way to lead our city out from under the perils of racial stereotyping and prejudice that seem to be thick on the dais and within our legislature. I reject your patronizing tone that you “can see me taking a seat on City Council” as a way of minimizing my power, education, and knowledge. As I stated in my interview, I have a long history of political education which does not include “just race.”

Your belief in Matson “listen(ing)(s) to the public” is not only short-sighted, but completely inaccurate.

Despite potential claims that your endorsement has no racial undertones, we all know that skin color, and just the “talking” about race continues to serve as the most obvious criterion in determining your choice. Again, I reject this institution and your perpetuation of harm.

The answer to most of the issues we see in Davenport, is to confront the problem. Racism affects affordable housing, economy, employment, and education. These are all obstacles that can be easily tackled by someone who is culturally competent. That person is me.

While I appreciate your time and consideration, I must state unequivocally, you chose wrong. I implore you to dig deeper into the leadership that resides within Davenport’s elected leaders. Because bigots use anger as a political tool, I full on expect for your publication, as well as these elected officials to author me as the “angry Black woman.”

As an expert, I recommend that intersectionality and the silencing of Black voices be researched. Everyone should be angry about injustice, not just ones who experience it. Your interest should not replicate the manners of Jim Crow America, demanding me or other activists to be quiet and obey. Your endorsement should be one of championing a progressive future. Not the past.

See you at the polls,