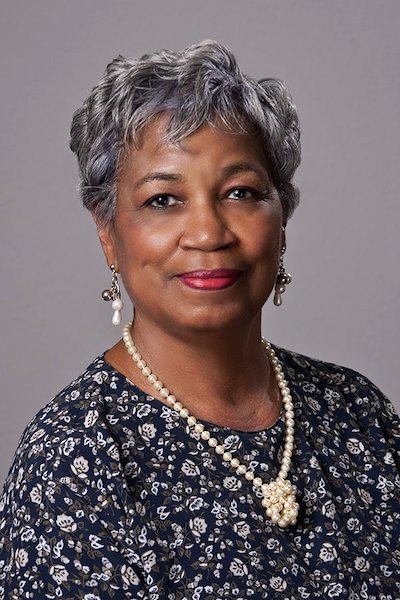 Investing in Americans now will pay off for generations

Dr. Anita Fleming-Rife relates her family’s story in making the case for the Build Back Better Act.

In 1966, thanks to President Lyndon B. Johnson’s anti-poverty programs, I attended the Des Moines School of Practical Nursing—a year-long program. Our government invested in me, paying my tuition, buying my books and uniforms, and providing a stipend.

When I divorced in 1971, I was able to take care of my three young children without government aid. This investment yielded even more dividends. Because I worked with other professionals who saw my hard work ethic, grit, and determination, they encouraged me to go back to school. I did, and I worked two jobs for the first half of my bachelor’s degree. I transferred from the urban center to a college town with three children in tow and completed my B.A. I would later earn an M.A. and PhD.

As a kid growing up on the East side of Des Moines, I never dreamed of becoming a television news producer. I never dreamed of leading a public opinion polling program at the United Nations Secretariat or serving as a UN public information officer in Somalia. I never dreamed that I would serve as a university professor and administrator. I am forever grateful that I realized opportunities I didn’t even know existed.

These opportunities not only benefited me, but also helped my children and grandchildren. My daughter has two degrees and is a teacher. Her daughter is in graduate school studying theology. One of her sons is a university football coach, and a younger son is about to complete community college. My eldest son studied culinary arts and has chosen a career as a long-distance trucker. His only son is a college student. My younger son attended Penn State University when I was a faculty member there—he is a single parent who works in the insurance industry. His first-grade daughter is an amazing child and stellar student.

As a single parent, I am proud that my children and their children are contributing members of society. My point in sharing this is to show that when the government invests in its people, it pays off for generations. Beyond generations, it benefits society. No generational dependence on government dollars.

The social programs that ushered in the 1960s were possible in part because we had a president who was not afraid to go to the regular people, the poor people, the West Virginia coal miners. When President John F. Kennedy visited West Virginia, he was appalled by the poverty he witnessed. Not only was he touched by the depth of deprivation white people suffered, so was the country.

Senator Joe Manchin’s West Virginia was then and continues to be one of the poorest states in the country. Senator Mitch McConnell’s home state of Kentucky isn’t far behind. What worked 60 years ago will work today. I suggest that President Joe Biden visit West Virginia, Kentucky, and similar states to witness the suffering of poor people. In fact, he should come to Iowa.

When President Clinton pushed the welfare-to-work program, I thought, “Good,” because he would require training for young women. That was the genesis of the technology/information economy. I believed that with marketable tech skills, these young people could earn wages that would move them and their children from welfare dependency to a promising future where they, too, could become contributing members of society.

That did not happen; instead, they were forced from welfare to work in jobs that maintained their poverty-level status. With the proposed social spending bill, we have the opportunity to invest in people in meaningful and sustainable ways.

The government should stop compromising on the backs of poor people. Invest in them; don’t punish them. For example, an investment in free community college could pay dividends for generations. We all have much to gain by doing so.

I hope our elected officials will stand for all struggling Americans who have given up hope on the American dream. Stand! Do not compromise on the Build Back Better bill. Make it count for all of us.

Anita Fleming-Rife spent nearly 30 years in higher education, as faculty and as an administrator. Her heart was in the classroom, and in 2013, her students nominated her and she was awarded Distinguished Educator of the Year.

After being away for nearly 45 years, she returned home in 2015 to help move the academic needle for African-American students in the Des Moines Public School District. She has worked with several organizations to that end and is continuing to develop avenues to raise the math literacy floor for students of color.  In her spare time, she runs her business, AmericaOne Diversity & Inclusion Solutions LLC because it’s her belief that there is strength in unity.

Top photo of Anita Fleming-Rife provided by the author and published with permission.