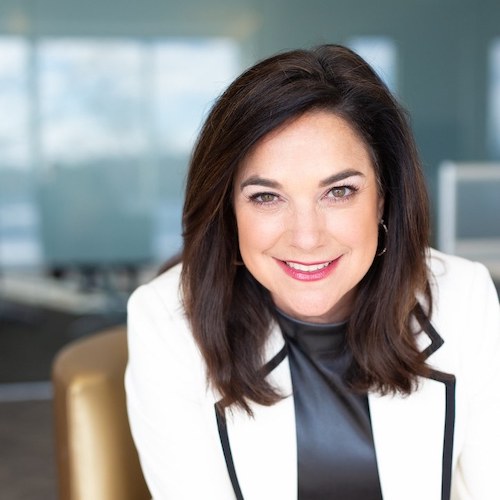 Cedar Rapids residents elected yet another Republican mayor on November 30, as former television news anchor and Women Lead Change CEO Tiffany O'Donnell defeated Amara Andrews by 13,479 votes to 6,358 (67.8 percent to 32.0 percent), according to unofficial results. As is typical for runoff elections, turnout was lower today at 21.4 percent of registered voters than in the November 2 election (28.1 percent turnout).

O'Donnell is the fifth Republican (including Hart) to be elected mayor of Iowa's second-largest city since 1996. Only one Democrat (Kay Halloran) has won Cedar Rapids' highest office during the same period.

While it was logical for Andrews to run as a progressive Democrat in a city that generally favors Democratic candidates, in retrospect it looks like a strategic error for her campaign to focus on her opponent's Republican ties. For whatever reason—I'd welcome insight from locals—a lot of Democratic-leaning voters in Cedar Rapids are comfortable with Republican mayors.

It was also a tactical error to have an outside group (the brand-new PAC Iowa Voter Info) send a direct mail piece tying O'Donnell to U.S. Representative Ashley Hinson and Governor Kim Reynolds.

Although it's common for candidates to focus on positive messages and have allied groups put out negative advertising, O'Donnell and her supporters portrayed the mailing as divisive and lacking in transparency. They also claimed it violated Iowa ethics rules—but I don't see any obvious problem, since the Andrews campaign correctly reported the money spent on the mailing as an in-kind contribution.

The bigger issue is that the Andrews campaign initially denied knowing much about the mailing. Cedar Rapids Gazette columnist Todd Dorman wondered, "Why go to the trouble of creating an arm’s length entity to deliver a message Andrews was already delivering? And with public disclosure looming, why not just tell the truth?" Those are good questions.

O'Donnell claimed she was not a partisan politician, despite hiring some extremely partisan GOP consultants. One of her business community backers touted her optimism and appeals to city pride in post-election comments to the Cedar Rapids Gazette. Voters were clearly buying what she was selling.

Starting in January, the new mayor will have a chance to make good on her pledge to represent only "the Party of Cedar Rapids." Here's hoping O'Donnell governs as a unifier, making genuine efforts to address persistent inequities and listen to the city's under-represented voices. The typical Republican playbook, as seen at the state level for the last five years, would be to ignore the concerns of voters who favored Andrews.