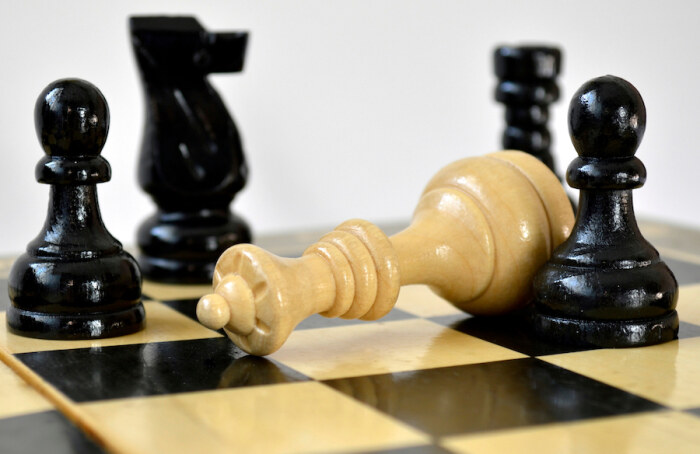 When my wife and I consider a major home project, such as a kitchen or bathroom remodel, we apply the principle I call “pawn takes queen.” As in chess, the idea is to consider several moves ahead so as to anticipate the ramifications. If we knock down a wall to open up the kitchen, where do we put the stove? Will we need to add new gas lines? Where? How much time and disruption will that add? And so on.

America may have to apply that principle if, as widely predicted after oral arguments December 1, the U.S. Supreme Court upholds Mississippi House Bill No. 1510M, which bans nearly all abortions after fifteen weeks of pregnancy.

The most immediate effect, of course, would be to disadvantage women, mostly poor women, because a cascading number of Republican-controlled states are likely to immediately enact similar laws. Women in those states would have to travel far from home, at their own expense, to another state, to get the safe, legal abortions that had been guaranteed under federal law.

But while such a ruling undoubtedly would thrill anti-abortion advocates, they, and we, should be asking: What happens after pawn takes queen?

The first consequence could very well be that the public abandons all respect for the court, whose esteem already is the lowest in the history of polling. As Justice Sonia Sotomayor challenged during arguments, “Will this institution survive the stench this creates in the public perception, that the Constitution and its reading are just political acts?”

For instance, by banning abortion after fifteen weeks—nine weeks before most doctors and scientists agree a fetus can survive outside the womb—the justices would be making a scientific and medical statement for which they simply are not qualified. Doing so would anoint them and their successors as philosopher-kings or -queens, enabling them to issue similarly unqualified encyclicals about, well, anything.

Also, the Mississippi law bans abortion except for a “severe fetal abnormality”—but apparently, that applies only to the fetus. So this law effectively elevates the fetus’ primacy of life above that of the mother, and, by implication, anyone who has been born. Could a fetus inherit?

More ominously, a court affirmation also would effectively inch America closer to becoming an official theocracy. Only one religion widely practiced in America (Catholicism) bans abortions outright; most religions do not. As Sotomayor pointed out: “The issue of when life begins has been hotly debated by philosophers since the beginning of time. It’s still debated in religions,” the justice, who was raised Catholic, added. “So, when you say this is the only right that takes away from the state the ability to protect a life, that’s a religious view, isn’t it?”

Finally, allowing each state to make its own rules on an essential right would surely undermine what’s left of this fragile union, which already is a crazy quilt of laws. “Some might argue that abortion rights should be left to the political process. But protection of fundamental rights should not be left to legislatures,” Erwin Chemerinsky, a constitutional law professor and dean of the UC-Berkeley School of Law, wrote in The Los Angeles Times.

And in the category of “be careful what you wish for: you may get it,” you might want to roll up your sleeve. After all, if the government can dictate one bodily function, such as pregnancy, logically, it should be able to dictate another . . . like vaccine mandates.

So we wait for the court, with its 6-3 makeup of right-wing absolutist judges, to uphold a state’s right to severely limit or ban abortion. Which they certainly have the power to do. Just as any homeowner has a right to knock down a wall. But before wielding the sledge, the justices might want to examine if that wall is load-bearing, and destroying it causes exhaustive, expensive and even irreparable structural damage. Pawn takes queen. Then what?