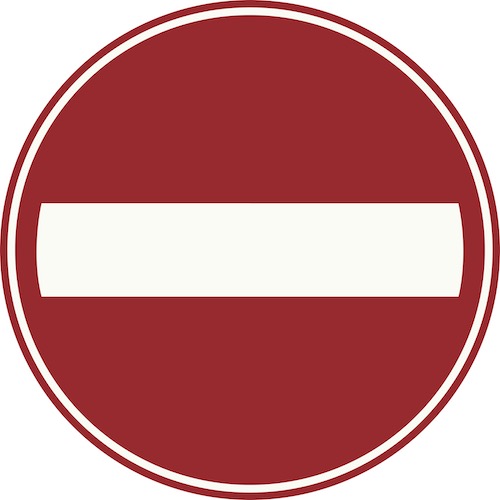 Over there: common sense

Ira Lacher: Europeans seem to take keeping everyone safe from COVID-19 more seriously than we do in America.

When you try to enter a restaurant, movie theater, or shopping mall in Bucharest, Romania, first you must submit the proof-of-vaccine certificate on your phone for digital verification. You can't get in without one. Once inside, everyone -- everyone! -- is masked, many with an N95 or more likely a Chinese-made KN95 model, the type that is 94 percent effective against transmitting COVID-19. In the Munich, Germany, airport, you have to wear one of those; cloth masks or paper-type masks aren't allowed. You can buy the highly effective European Union (EU) equivalent FFP2 masks in the concourse for one euro or so apiece.

The difference between COVID-19 attitudes in Europe and the United States is mind-blowing. On both continents, the omicron variant threatens to inundate intensive care units, sickening hundreds of thousands and killing tens of thousands. Here in Europe, EU and national governments take that mighty seriously.

Yes, there have been protests about the requirements throughout the continent, including in Bucharest the day we arrived to visit my son and daughter-in-law. But people here follow the rules. And the number of daily new COVID infections in the Romanian capital on December 22 was in the low hundreds, compared with 1,500-plus in Washington, D.C., and a quantum-mechanical ninety-five thousand in London, which, like the rest of post-Brexit Britain, is free to follow its non-EU rules to the apparent total hospitalization of its populace.

Yes, much of Europe has a history of autocracy, by monarch, dictator, or both. And for many people here, state bureaucracy is as much a part of daily life as brushing one's teeth. But it still doesn't explain why so many Europeans seem to take keeping everyone safe more seriously than we do in America. According to a survey of 22,000 Europeans across the EU's 21 member countries, more than half said the various restrictions to protect against COVID-19 offset the adverse economic effects.

Is the American heritage of being not a nation of rules but of laws to blame? It would explain why Googling "lawsuits against COVID rules U.S." returns almost THREE BILLION results. As I write this, the U.S. Supreme Court has decided on a date to hear an appeal of the Occupational Safety and Health Administration (OSHA) vaccine mandate for employers of a hundred or more workers, which has been opposed in various courts by more than half of U.S. states and a plethora of other groups. If the right-wing justices throw out the rule, 80 million workers would be free to loose their unvaccinated selves onto the public.

Proponents of the mandate argue: It's necessary to protect Americans. Opponents argue: Forget the rule's necessity; OSHA has no authority to make such a rule. C'mon, really? As the house burns to the ground, we're dithering about which ladder company gets to plug in the hose?

Such a nonsensical result comes both from the cobbled-together beginnings of America, as well as an American aversion to rules of any sort. Yes, it may seem that the nanny state lives. The comedian Bill Maher spent more than a year using his TV show to riff on how long California made him wait to get his home's solar panels constructed.

And it's true -- so many of us are so selfish, or we want to profit from our investments RIGHT NOW that we don't want to spend time and money making sure the luxury condo building we rent out won't collapse. "[S]imply because the nanny-state wants to hug you doesn't mean it's not tyrannical if you don't want to be hugged,” the conservative critic Jonah Goldberg writes.

You could also argue that the American right of freedom rules all, like the freedom of choice (unless you're a woman wanting an abortion) and the freedom of speech, which we Americans take very seriously. But so do Europeans. "Everyone has the right to freedom of expression," reads Article 11 of the EU Charter of Fundamental Rights. "This right shall include freedom to hold opinions and to receive and impart information and ideas without interference by public authority and regardless of frontiers." It still doesn't explain why an ocean makes a difference between the way one society treats the worst public health disaster within the last century and another does. I have concluded that nothing does.

When I travel overseas, eventually I become like Chuck Berry, ready to get back to the U.S.A. And this trip is no exception. But I wish I could take a good part of European common sense with me. The best I and my wife can do is bring back a carton of FFP2 masks, at only a euro apiece.