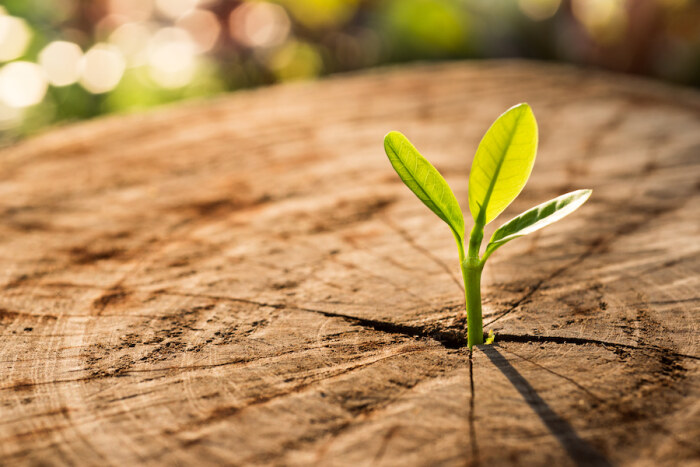 Ira Lacher: We need to pursue hope, and we must prioritize it over our other base emotions such as doubt, fear, and anger.

On a day when the news is filled with record COVID-19 infections, the anniversary of a revolt against American democracy, societal lawlessness, and myriad other ills of our time, it would be facile to begin 2022 with a screed about how lousy it sucks to be us.

Not going to happen.

Rather, on this occasion, at least, I leave it to others to begin 2022 by submerging their keyboards in despair. To paraphrase a speech from Captain James T. Kirk, "We can admit we've been doomsayers, but we're not going to doomsay today."

Today, let's speak of hope. Of optimism. Of ways to take comfort of the undeniable miracle we call existence.

It's been a longstanding personal rule never to make New Year's resolutions. First, I don't believe in the rationale of New Year's on January 1; the resetting of Earth's annual revolution around the sun could be assigned to other, far more logical dates than the first of a month in an unchanging winter (or summer, if you live in the Southern Hemisphere). Far more practical to start the new year at the onset of something: the growing season, the school year, the baseball season.

More important, resolutions don't work -- according to research, eight in ten of us give up on them before Valentine's Day. We posit goals, which aren't achievable for myriad reasons such as making them unattainable, or without the forethought to adapting to plan B if conditions, such as our physical health, change.

Whence cometh such a sign? An observed or discerned random act of kindness . . . a patch of grass heretofore covered by deep snow . . . a child's delight in plowing into a snowbank . . . a good joke . . . my boxer mix's joy in eagerly attacking a new toy . . . revisiting with our faraway grown children on Zoom. Celebrating another day of living.

We are told that hope is necessary for positive mental health. Mental health professionals tell us that hopeful persons can adapt better to change, feel better about themselves, and better tolerate pain and serious illness -- a necessity in this age of COVID-19. But hope seems harder to come by than its negative counterparts. We are bound to pursue it rather than passively stand out in the despair that rains down upon us, like anti-manna, but certainly not from heaven.

But we need to pursue hope, and we must prioritize it over our other base emotions such as doubt, fear, and anger. Perhaps it's in our nature as human beings to hunt for emotional sustenance, just as our distant ancestors were bound to hunt for physical sustenance such as food and water.

As countless observations of our mental health have proved, positive feelings, such as hope and joy are life's necessities, especially in this age of increased mental and emotional strain. "Hope is as essential to humans as oxygen," the conservationist Jane Goodall wrote in USA Today. "It is a crucial survival trait that has sustained our species in the face of danger since the Stone Age. Hope is powerful."

In his autobiography, Barack Obama called this imperative "the audacity of hope." Some would argue that given today's world, it is audacious to hope. But, as Winston Churchill said, "The first quality that is needed is audacity." So let's take that leap into audacity. And banish all similarities to Thelma and Louise.