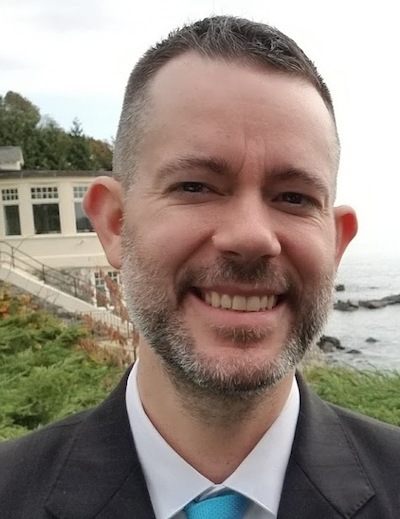 The Iowa Democratic Party is passing through dire straits right now. We have a lot of energetic folks stepping up to run (Iowa Senate candidates Austin Frerick, Todd Brady, Sarah Trone Garriott, and Deb VanderGaast, to name but a few), but I'm worried that the stampede of Democratic legislators heading for the exit heralds a self-fulfilling prophecy of November defeat.

Ras Smith dropping out of the governor's race after being unable to find serious funding this cycle, and then announcing he's not seeking re-election to his House seat, should've been treated as a more ominous a sign than it was. Indeed it was a bellwether in January when former House Democratic leader Todd Prichard announced he was bowing out of the legislature.

The message from 2018 was that the only way to fully fund a Democratic campaign for governor was with vanity runs by wealthy, self-funding candidates with little grassroots support (however well-meaning those candidates may have been). Or else we would get high-profile campaigns anointed by out of state money, sucking up the political oxygen and crowding out other candidates.

Yes, fundraising ability is an important marker of a good candidate. But as it stands now, big money donors are deciding the winner before Iowa primaries are held.

The state-level Democratic Party infrastructure seems to be primarily focused on running and maintaining the four-year presidential caucus cycle. As a party leader in a small rural county, I spend 35 to 40 hours of work and $200 to $300 of county party money on caucus preparation in a non-presidential year. A presidential year caucus requires 60 to 80 plus hours of work and $500 to $600, not including the time dozens of other volunteers put into running the caucus.

Multiply that commitment times 99 counties, and add it to the thousands of dollars the state party spends to print the box loads of paperwork (most of which is unused and thrown away or recycled) and hundreds of staff hours. It adds up to an expensive endeavor for business that could have been handled in a regular central committee meeting on off-years, or by an efficient primary run by county election officials during presidential cycles. (The irony that we still hold a primary in June is not lost on me.)

We were told that the off-year caucuses this February were a way to build grassroots participation. Perhaps in large counties it works that way, but in my experience off-year caucuses bring out the same dedicated folks who attend central committee meetings. I have a sneaking suspicion a underlying reason they are held is to keep caucus procedures front of mind for presidential years.

After five plus years in county party leadership, I perceive that the end-all, be-all of Iowa Democratic politics is courting presidential candidates and keeping our first in the nation caucus, with the prestige and status and money that comes with it. Organizing voters, building a backbench of candidates for office—hell, even supporting state and local candidates up and down the ballot seems to be an afterthought.

I get it on some level. Planning an event, with a series of defined steps, is much easier than wading into rural counties and trying to stem the bleed out of Democratic support and counter the well-worn narrative that 88 counties in Iowa are forever lost. Being a Democrat in a rural county has seldom been more difficult, especially when we feel little support from Des Moines.

All the money funneled into the 2020 caucus would have been better spent counter-programming against the pernicious flood of Republican propaganda that currently rules Iowa's airwaves. Obviously I'm aware of the many limitations to this idea.

Ross Wilburn came in as the state party chair with a monumental task. Not only to regain confidence in the Iowa Democratic Party after the fiasco of the 2020 caucus app (a direct product of Democratic National Committee meddling), but to fight back against the ever-strengthening tide of Trumpian politics in Iowa.

Hiring year-round organizers for the four Congressional districts is a good start, but it's not enough. The geographic span of a district allows for only a cursory view of the situation. Yes, it falls on the county parties to step up. But I have to be honest with you: it is hard to find the strength to give more.

We volunteer our time and talents when we can, but we still have jobs and family and other community responsibilities. My county, like so many other rural counties, has almost no elected Democrats, making the task that much more challenging. The burden of local organizing falls squarely on central committees. In my experience, and from speaking with other chairs, most of that work is spearheaded by one or two very dedicated people. We're expected to run caucuses, plus maintain a strong social media presence, plus find candidates, plus raise funds, plus canvas, plus, plus, plus.

Iowa Democrats need to rethink our entire system. Finding, supporting, and electing candidates up and down the ballot should be the primary focus of our organization. Everything else is window dressing.

If we can't find people to run and help them win, we're not a political party--we're a social group getting together to complain about how things should be. We need to stop expecting candidates to run 500+ individual campaigns, and run one unified campaign throughout the state. Our limited funds need to stop going to paperwork, worthless apps, and expensive advertising, and instead go to getting actual Democrats to the polls to vote. When we say things like "contest every election," we need to give candidates in small rural areas real support, not just platitudes.

In the end, I'm exhausted, and I'm not alone. It's damn near impossible to rally myself to fight for Democrats in Iowa when I, a person involved with the inner workings of the party on the county level and beyond, am not convinced by the direction of the party itself. One can hardly blame the elected Democrats for bowing out now when Democrats hold such a small minority in the legislature that their participation has little-to-no effect on the outcome of legislation or policy in Iowa. I can't imagine they see things getting any better anytime soon.

Over the last year, I seriously considered bowing out too, but I know if I do, there are few people in the wings ready to step up and take my place. That kind of pressure isn't sustainable, but a stronger part of me refuses to give up.

I was born and raised in Iowa. I left to get an education and explore the world. I decided to move back home because I love my state. But I've seen it change drastically in the last 20 years. Too much one-party Republican rule has made Iowa dirtier, meaner, and less welcoming. I'm tired, yes, but I also refuse to let Iowa go down without a fight.

A final thought: please donate to county parties, to local Democratic candidates, and to statewide candidates. I heard Deidre DeJear speak recently and was so inspired by her words, I donated to her campaign. Giving time and money to local campaigns is about the only way we can translate our frustration into hope.

There is hope for Democrats in Iowa—there's always hope—but hope without systemic change in how Democrats engage voters and work to win elections is merely wishful thinking. We owe ourselves more than that.