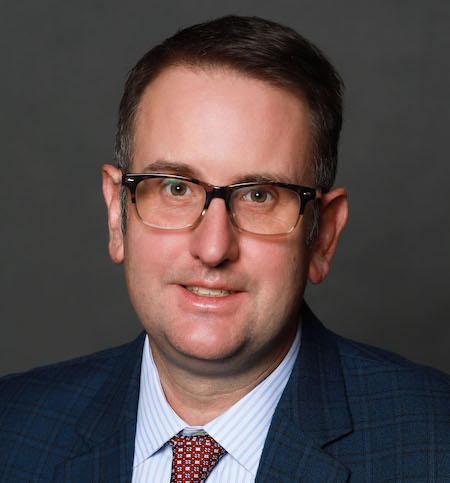 State Representative Todd Prichard announced on Facebook January 11 that he will not seek another term in the Iowa House. The Democrat from Charles City won his first legislative race in a 2013 special election and has been re-elected four times. He served as House minority leader from November 2018 until June 2021.

Prichard was the Iowa House member with the most crossover appeal in 2020, based on results from the presidential and legislative races in all districts. His decision to retire at the end of this year opens up the new House district 58, where recent voting trends favor Republicans.

House district 58 covers most of Floyd County, all of Chickasaw County, and portions of Bremer County (but not the Waverly area). 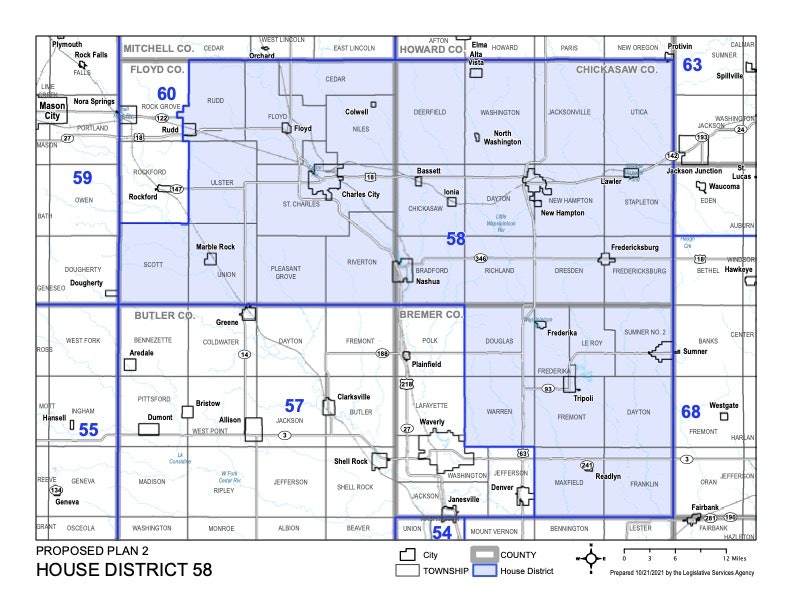 Chickasaw was among just six Iowa counties carried by John F. Kennedy in the 1960 presidential election. Even in the recent past, voters in Chickasaw and Floyd counties tended to favor Democratic candidates. Barack Obama and Steve King’s Congressional challenger Christie Vilsack both carried those counties in 2012.

However, Republicans have made big gains in this area, as has occurred in many other northeast Iowa counties.

Trump carried the precincts in the new House district 58 with 62.4 percent of the vote in 2020, while Joe Biden received 36.1 percent. And Trump carried Prichard’s current House district by 61.9 percent to 36.8 percent for Biden. Nevertheless, Prichard was re-elected in 2020 by a 53.6 percent to 46.2 percent margin.

I haven’t heard of any declared Republican or Democratic candidates in the new House district 58, but I will update this post as needed. This will clearly be one of the GOP’s top pickup opportunities.

Republicans hold a 60-40 Iowa House majority, due primarily to gains in districts dominated by rural areas and small towns. Prichard is the only current member of the House Democratic caucus whose district does not contain any city with a population exceeding 15,000.