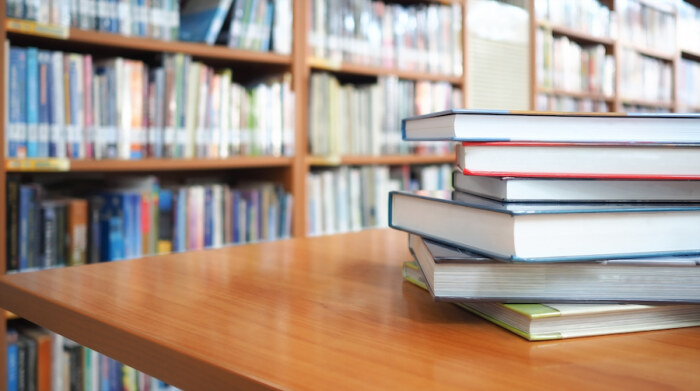 To everyone who says about Republicans wanting to ban “pornography” in school library books, "Do they know what their kids see on the internet?”

News flash: the so-called pornography is an excuse. The content of some books does bother them. But even that is a distraction from what’s really at stake: the very existence of a public school system.

Most frightening of all, kids who read books about places, experiences, and people who are different from their own daily lives might start to question things their parents told them.

Growing up in rural Missouri half a century ago, I never heard talk of diversity or tolerance or multiculturalism, but I distinctly remember learning in school that America was a melting pot, and I knew about the poem on the Statue of Liberty that said we welcome immigrants, even poor ones, so long as they wanted to live in freedom.

In eighth grade, I had to learn the preamble to the Constitution by heart and I believed that part where it says we are a country striving for a more perfect union. No one tried to claim it was, or ever had been, perfect— we understood that the “more perfect” part meant the country was a work in progress.

The current crop of GOP legislation relating to schools, in Iowa and in many other states, leaves no doubt that public schools which teach empathy, critical thinking, and inclusive history are big no-no’s in the Republican playbook. Any suggestion that the country hasn’t always been perfect is attacked as anti-American and possibly treasonous.

Republicans have begun to marshal their forces to destroy public schools by claiming the schools are teaching kids a whole laundry list of objectionable material, including the patently ridiculous charges of pornography. It’s all part of a concerted effort to undermine public support for public schools, so that education can be turned over to for-profit companies that will teach an ideology acceptable to their political partners—one which will make it easier to control the public who supposedly benefit from the schools.

All of these bills, all over the country, come from the Republicans. This is not a “they’re all the same” issue. The Iowa GOP is also the party that refuses to fully fund the public schools - year after year, state funding under Republican-controlled legislatures has been less than inflation.

Starved for resources and shackled with impossible and intentionally crippling regulation from the party that loves to talk about “local control” and “small government,” of course the schools have suffered in quality, and as that continues to happen they are likely to lose public support. Then the GOP can do what they really want: allow “public” schooling to be provided by for-profit companies. The curriculum content is, of course, a red herring: the Republican base thinks this will get them Christian-based schools (and it might), but the end game is the chance to make money off school kids.

Part of the reason for the school push is the success of a similar strategy with abortion. For decades, the GOP raised money and turned out voters by claiming to be the party of “life.” It worked— there are millions of one-issue voters for whom outlawing abortion is the only issue they really care about. If it means supporting a party that promotes other policies harmful to themselves and the country as a whole, they don’t care. For one-issue abortion voters, the end justifies the means.

But the anti-legal-abortion crusade is on the cusp of success. Abortion rights have been rolled back to the point where geographically and de facto, if not de jure, most of the country has no access to abortion services. The U.S. Supreme Court may well strike down Roe v Wade this term, and will almost certainly leave it a worthless shell. The Iowa Supreme Court may reverse its 2018 decision declaring that the state constitution protects the right to an abortion.

Faced with losing their top fundraising and voter-motivating issue, the GOP needs something else to talk about. They found their next cause in the public schools - even better than abortion, because not only can they motivate voters and donors by spreading lies about public schools, they can get even more money from donors who have their eye on the real prize: privately run, for-profit schools that will have free access to tax money intended for the “public” schools.

No one ever made money from not providing abortion services, but there’s billions to be made by “educating” children. And if you can make money while indoctrinating the next generation to believe everything you tell them about history, you’ve got the golden goose.