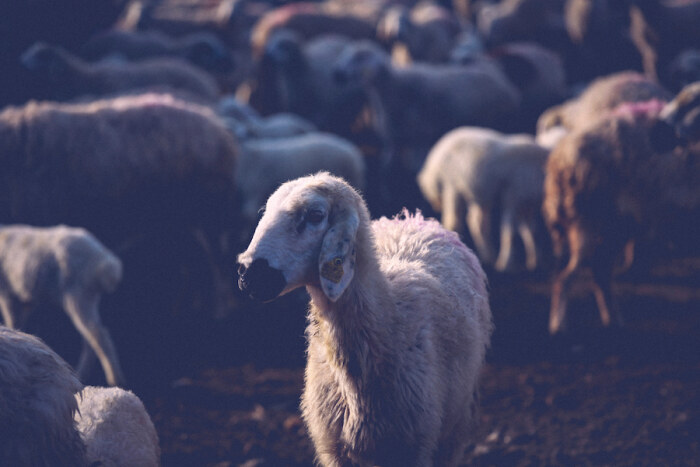 Ira Lacher: Westerners in general and Americans in particular seem to have abandoned the notion of sacrifice.

Fans of Star Trek know that trope well -- Spock uses it to justify his life-threatening actions in the second Trek movie, The Wrath of Khan, and Captain Kirk agrees.

Much of what I learned in life comes from two sources: baseball and Star Trek. So it would seem I must adopt this all-too-important mantra that helps make the characters the heroes they are.

We seem to be taking this sort of approach to the latest chapter of the pandemic, as infection rates, hospitalizations, and even death rates fall, and state after state and country after country begin to toss aside the necessities of keeping massive numbers from overwhelming our healthcare don't-call-it-a-system.

But we also seem to be saying that the needs of getting back to some degree of 21st-century life outweigh the needs of those whose impaired immune systems still invite COVID-19 to afflict them with more than mere sniffles. "Millions of kids under 5 are still ineligible for shots," Katherine J Wu points out in The Atlantic.

Vaccine effectiveness declines faster in older individuals and is patchy to begin with in many immunocompromised people. The chances of serious illness go up in high-exposure settings, too, and the CDC’s list of COVID-risky health conditions remains long. The pandemic has also, since its early days, disproportionately pummeled communities of color and people in low-income brackets—structural inequities that big, nationwide trends can easily obscure.

Now, will we add to this apparent few, the people of Ukraine?

Where once it seemed the only way to stop a murdering dictator was to wage total war against him and his nation of enablers, we will have to see whether the axis of good pulls its punch against Putin and Russia and lets them have Ukraine because they are concerned about their own populations feeling the not-so-collateral damage of economic sanctions, a wider European war, and even, heaven forbid, worldwide nuclear annihilation. Do the needs of the many -- almost a billion people in Europe alone -- outweigh the needs of the few -- a mere 43 million Ukrainians?

"For the first time in decades," Tom McTague writes in The Atlantic,

citizens in the West face the prospect of a threat to the geopolitical order that may require a material sacrifice on our part—not somebody else’s. Do ordinary people have the will, unity, or belief in this order to make that sacrifice? Or are we the shallow and selfish caricatures that Putin imagines, unwilling to bear even a small drop in national wealth or living standards to sustain any kind of pressure on Russia that would act as a deterrent against further aggression?

McTague can write this because Westerners in general and Americans in particular seem to have abandoned the notion of sacrifice. The needs of the selfish have superseded the needs of the deserving.

Take, for example, the imperative to save the planet from climate disaster. A CBS News poll taken a year ago found that less than half of Americans would make commonsense sacrifices, like using mass transit, paying more for utilities and higher taxes, and cease eating meat.

We've seen this attitude roil our domestic politics. Democrats, reeling under a salvo of accusations of "identity politics," walk back helping the under-served such as women, Black people, Brown people, Latino people, trans people, and others. Everyone, it appears, is ready to jettison COVID-19 safeguards even if it means abandoning those who must choose between spending the rest of their lives in isolation or re-emerging into a society still teeming with a deadly virus.

Now, this attitude could bleed into shunting aside those who are being bombed by a Stalin wannabe, and perhaps others who may follow if we morally surrender. Today, Ukraine; tomorrow, Poland? Romania? Taiwan? Sorry, but the needs of the many outweigh the needs of the few.

Sounds great. In a movie. Not so much in real life.