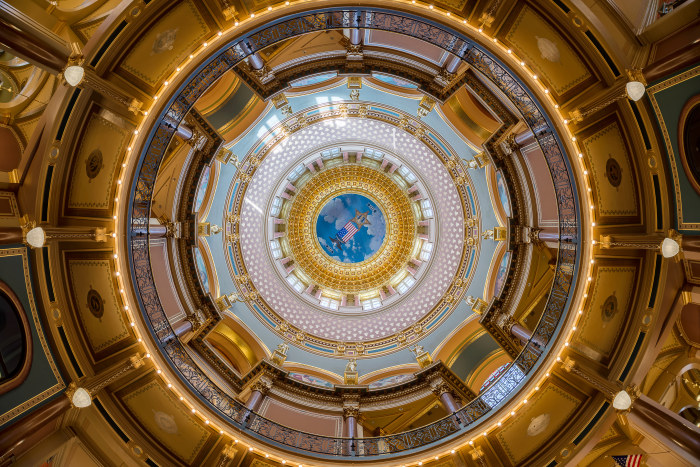 James C. Larew is an attorney in Iowa City who served as general counsel and chief of staff for former Governor Chet Culver. House File 2299 cleared the Iowa House unanimously last month and is scheduled to be considered in an Iowa Senate Commerce subcommittee on March 7.

House File 2299, a bill aimed to deprive Appraisal Panels from determining the causes of insured losses, by amending Iowa’s longstanding, so-called, “standard fire contract,” located at Iowa Code section 515.109, is a fix for something that is not broken. It should not be approved.

Nearly sixty years ago, Iowa lawmakers wisely adopted a successful provision of New York law, which had provided home and business insurance policyholders with a low-cost, efficient means by which they could obtain full indemnification for their insured losses without need, in most cases, to file lawsuits.

More than forty other states have since adopted the New York-based alternative dispute resolution Appraisal process, under which contentious disputes over insurance claim valuations might be resolved.

Virtually unchanged since its original passage, the Appraisal provision of the standard fire policy reads as follows (emphasis added):

Appraisal. In case the insured and this company shall fail to agree as to the actual cash value or the amount of loss, then, on the written demand of either, each shall select a competent and disinterested appraiser and notify the other of the appraiser selected within twenty days of such demand. The appraisers shall first select a competent and disinterested umpire; and failing for fifteen days to agree upon such umpire, then, on request of the insured or this company, such umpire shall be selected by a judge of a court of record in the state in which the property covered is located. The appraisers shall then appraise the loss, stating separately actual cash value and loss to each item; and, failing to agree, shall submit their differences, only, to the umpire. An award in writing, so itemized, of any two when filed with this company shall determine the amount of actual cash value and loss. Each appraiser shall be paid by the party selecting the appraiser and the expenses of appraisal and umpire shall be paid by the parties equally.

These troublesome, often tragic, events are equal-opportunity devastators. They strike property owned by citizens regardless of their races, incomes, ages, or partisan preferences. Adversely affected Iowa policyholders need access to a level playing field, a venue where fair, efficient and cost-effective claims adjustment processes will result in the “amount of loss” determinations that are promptly paid.

Fortunately, the Iowa General Assembly in 1943 established such a playing field called Appraisal. Clear language describing that process appears both in Iowa Code section 515.109.6(a) and, as required in that statute, in every property casualty insurance policy sold in the State of Iowa.

Under standard fire policy’s Appraisal provision, if there is an impasse between an insurance company and a policy holder as to “the amount of loss,” either of them may demand Appraisal.

Appraisal Panels in Iowa take their work seriously. Most frequently, Appraisers and Umpires meet on the actual sites of losses, carefully review information provided to them by insurance company adjusters and policyholders. They collect additional evidence necessary to make any “amount of loss” determinations.

Some determinations are easier to make than are others. Appraisal Panel members deliberate with each other before making their loss valuation decisions. Two votes of any three-member group settles the “amount of loss” in most all cases in Iowa.

By removing determination of loss valuations from the exclusive domain of insurance company claims adjusters, the Iowa lawmakers who created the Appraisal process protected the public interest by establishing a more level playing field: a relatively efficient and cost-effective venue where the values of covered losses might be determined.

Although no loss settlement process is perfect, on the whole, as a means to determine an “amount of loss,” Appraisal has worked very well—just as state legislators intended more than a half-century ago.

So well, in fact, that, in recent years, some powerful insurance companies have attempted to undermine Iowa’s effective Appraisal processes: in the course of individual claims adjustments; in protracted, unsuccessful litigation in our state and federal courts; and in the halls of our legislature.

House File 2299 is just the latest tactic deployed to achieve the same objective.

The tip of the insurance industry’s spear is its focus on the term: “amount of loss.” If enacted, this bill will diminish that phrase’s well-defined meaning in the context of insurance claims loss determinations, depriving Appraisal Panels of the power to determine causes of losses.

As a matter of well-settled Iowa law, and consistent with the law in most other states, “amount of loss” determinations necessarily encompass causation issues and involve separating those losses due to covered events (e.g., hail, wind, fire) from those involving properties’ pre-existing conditions.

If the ability to make these types of allocations—between covered and excluded perils; between “cause of loss” and “amount of loss” determinations—is removed from Iowa Appraisal Panels, which is the intent of HF 2299, panel members will seldom be able to assess completely the types of loss claims that they were designed to address.

For example, if deprived of the ability to determine loss causation, only hail claims involving brand new, or nearly new, roofs will be completely within their loss determination authority.

Such an artificial reduction in the scope of Appraisal Panel determinations will effectively render Appraisal clauses in most Iowa insurance policies inoperative.

If cause of loss decisions are removed from Iowa Appraisal Panels, the values of covered losses will be determined in one of only two remaining ways. Either insurance companies will determine them unilaterally, strongly influenced by their own economic self-interests, or over-burdened Iowa judges and juries, untrained in loss valuations, will attempt the task—only after lengthy and expensive litigation.

It is not likely that, after more than a decade of unprecedented property-damaging events costing billions of dollars in losses, Iowa citizens have besieged the Iowa capitol, demanding that legislators restrict and diminish policyholders’ statutory protections when advancing their property damage claims.

More likely, the well-organized, well-financed insurance industry lobby has been pressuring legislators in an effort to escape indemnification burdens made increasingly clear by a string of stinging judicial defeats on the “cause of loss” issue in the Iowa Supreme Court, as well as in state and federal courts of other jurisdictions. The lobbyist declarations show only insurance companies and associations are registered in favor of HF 2299.

As the Iowa Supreme Court noted in its unanimous 2018 opinion, Walnut Creek Townhome Ass’n v Depositors Ins. Co., Appraisal “serves as an inexpensive and speedy means of settling disputes over matters such as the amount of loss and the value of the property in question.”

The Appraisal clause of Iowa’s standard fire policy statute has served Iowans well by accomplishing the very purpose it was designed to achieve by the General Assembly in 1943: to protect the public interest when valuations of covered catastrophic property losses are determined.

Leave alone that which is not broken.

House File 2299 should be defeated.

UPDATE from Laura Belin: The Iowa Senate subcommittee did not advance the bill on March 7. Katie Akin reported for Iowa Capital Dispatch,

“This past weekend, we had horrific disasters across our state, including in my community,” said Sen. Zach Nunn, R-Bondurant. “… While this bill passed the Iowa House on a largely bipartisan or completely bipartisan package, I want to make sure that we have a bill that really takes care of the policy owner first, specifically those who have been impacted by catastrophic loss.” [...]

Nunn asked stakeholders to propose amendments to the legislation before it moved to a full committee.

“Expeditiously being able to put legislation forward that helps these folks, whether it be from the derecho two years ago or what just happened this weekend, is our top priority,” Nunn said.

Since the proposal gained more attention, groups representing appraisers registered against the bill, as did the Iowa Attorney General's office. The Iowa Insurance Institute registered in support.