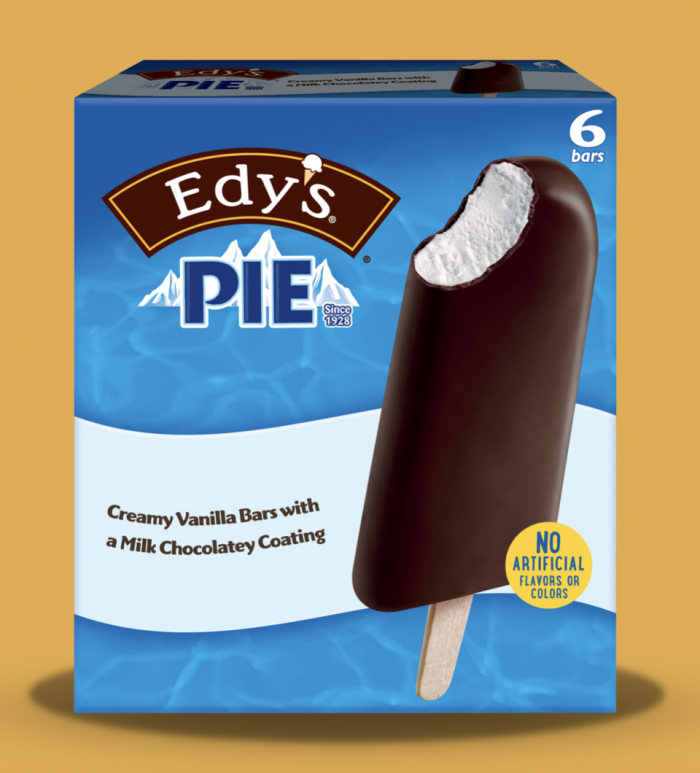 An Iowa classic (and others) rebranded

A product with deep Iowa connections recently reached the century mark: the ice cream treat now known as “Edy’s Pie”, which, until a year ago, was called Eskimo Pie.

An outgrowth of the George Floyd tragedy has been increased awareness of racial stereotypes that have existed for decades. Eskimo Pie’s owner sought to abandon a word considered derogatory by its association with non-Native colonizers who settled in the Arctic and used the term. Although some changes, like this one, happened recently, others have been under consideration for many years.

A non-exhaustive list of recent makeovers: Land O’ Lakes removed a Native American woman from its product packaging; Mutual of Omaha switched its Native American chief image to a lion profile. Baseball’s Cleveland Indians became the Cleveland Guardians; football’s Washington Redskins are now the Washington Commanders. Rice products once known as “Uncle Ben’s” are now “Ben’s Original” minus the image of its namesake, a Black man sporting a bowtie. The smiling Black chef on the “Cream of Wheat” box has disappeared, the company saying it didn’t want to “inadvertently contribute to systemic racism.”

“Aunt Jemima” has become “Pearl Milling Company," which, according to company marketing people, “reflects the dignity, the respect, and the warmth we stand for.” Meanwhile, “Mrs. Butterworth’s” syrup announced a reevaluation of its recognizable bottle, which owner Conagra Brands, says was intended to “evoke images of a loving grandmother,” but apparently now realizes might be perceived, ahem, differently – like a caricature of a subservient Black woman.

According to a Conagra spokesperson, “We understand our actions help play an important role in eliminating racial bias. As a result, we’ve begun a complete brand and packaging review on Mrs. Butterworth’s.” Within a span of twelve hours in June 2020, three weeks after Floyd’s death, owners of Aunt Jemima, Uncle Ben’s, and Mrs. Butterworth’s all made public announcements confronting potentially racist histories of their brands and Quaker Oats committed that day to halt use of Aunt Jemima. (Thursday, I checked syrups at my grocery store and noticed no change yet for Mrs. Butterworth’s. Come on, Conagra! You’ve now had 20 months.)

Let’s focus momentarily on Edy’s Pie and its Iowa connection. The ice cream bar long called the Eskimo Pie was created by Christian Kent Nelson in Onawa, Iowa. The county seat of Monona County, Onawa is a community of 3,000 people between Council Bluffs and Sioux City. (The melodic name “Onawa” is from Longfellow’s “Song of Hiawatha”.)

Nelson was born in Denmark in 1893 and emigrated to the U.S. when an infant. As a young man, he opened a confectionery shop near Onawa high school where he taught math.

The Eskimo Pie grew out of a boy's indecision in Nelson's shop. This youth started to buy ice cream, then changed his mind, and bought a chocolate bar instead. He said, “I want ‘em both, but I only got a nickel.” Inspired, Nelson started experimenting by attaching a thin layer of melted chocolate to ice cream.

Ultimately settling on cocoa butter, he managed to produce 500 sample bars. When these “I-Scream Bars” were a hit at a fireman's picnic, Nelson was off and running.

He partnered with Russell Stover, later of assorted chocolates fame. They changed their product’s name to Eskimo Pie and, on January 24, 1922, they were granted a patent. By spring of 1922, Americans were buying one million Eskimo Pies every day. Nelson, 29 years old, was suddenly making $30,000/week, equivalent to approximately $500,000/week in 2022.

In the instances cited above, names and images with negative racial overtones weren’t intended to cause hurt or harm. Nevertheless, they can and did. A quote from Martin Luther King, Jr. comes to mind: “The arc of the moral universe is long, but it bends towards justice.”

Individuals and companies can all participate in bending this arc. Whenever this task becomes unusually hard or exceptionally slow, it’s appropriate to note, we’ve already made significant headway. Here’s hoping our progress continues.

Top image of an Edy's pie box taken from the icecream.com website.