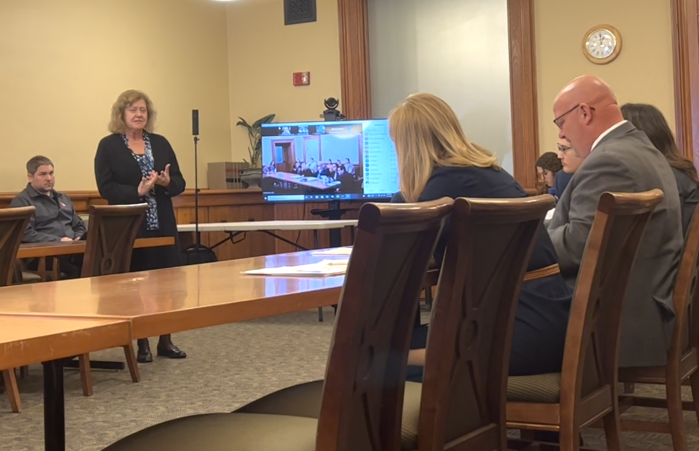 March 18 was the Iowa legislature's second "funnel" deadline. Other than tax or appropriations bills, most legislation must have been approved by one chamber and at least one committee in the other chamber in order to stay "alive" for the rest of the year.

Every year, some bills that clear the Iowa House or Senate nearly unanimously die without action in the other chamber, or remain alive in name only, having been gutted while moving through committee.

Why would a proposal with support across the spectrum run into trouble? Sometimes a committee chair or member of leadership has a specific reason for wanting to kill a bill. Other times, powerful interest groups put on a full-court press to slow the momentum of a popular idea.

It's often hard to get lawmakers or lobbyists on the record about why a bill died under such circumstances. But a few days ago, one experienced lobbyist laid it on the table during a Senate subcommittee hearing.

Bethany Gates recounted here the difficult path for a bill to establish a licensing process for Certified Professional Midwives. The Iowa House passed the measure with a large majority, but the Senate State Government Committee radically altered the content, thanks to committee chair Roby Smith and his accomplice, State Senator Chris Cournoyer. Committee Republicans advanced the bill on March 16, keeping it alive, but without the provisions needed to allow midwives to attend Iowa home births.

I was stunned earlier this month when House members approved the midwifery bill by 93 votes to 2. No similar bill had ever made it to the floor of the Iowa House or Senate. Although medical organizations had always fought such legislation in the past, contacts told me that no lobbyists spoke against this year's bill during either of the House subcommittee meetings that considered it. (House File 2547 moved first through the State Government Committee and then through Ways and Means.)

Lobbyists for about a dozen medical organizations did register against the bill, but only after it came out of those House committees.

The lobbyists came out in force to argue against licensing midwives when a Senate State Government subcommittee considered the bill on March 15. Democratic State Senator Pam Jochum asked with a laugh, "Where the heck were all of you when this bill went through the House? I mean, it sailed through 93 to 2."

Speaking on behalf of the Iowa Independent Physician Group, Karla Fultz McHenry stepped up to explain. Rachel Bruns, a volunteer advocate for maternal health in Iowa, caught the exchange on camera.

Fultz McHenry said she had been fighting versions of this bill since 2001 and opposes the concept. That said, "There are competing interests this year, and I think that people did not want to anger the chair of the State Government Committee or anger the leadership in the House. That's the situation."

Some lobbyists who opposed that bill represent just one or two clients. But Fultz McHenry and her co-workers represent more than twenty clients. So did several other lobbyists who registered against the midwives bill (see here, here, and here). Some of those clients surely had bills pending in Kaufmann's committee, or other legislation eligible for floor debate in the House. Angering a powerful lawmaker could leave another client's priority bill on the wrong side of the funnel.

I've heard lobbyists or people who work in the legislature discuss such considerations, but never in a public setting. Like most aspects of lobbying, the dynamic is known to insiders but usually hidden from view. So while I strongly disagree with Fultz McHenry on this bill, I give her points for honesty.

Reached by phone, Fultz McHenry declined to provide further context on the record.

Kaufmann and communications staff for Iowa House Republican leaders did not respond to Bleeding Heartland's messages seeking to clarify whether they were determined to get the House version of the midwifery bill enacted. If they are, this bill could become part of late-session horsetrading with top Senate Republicans.

Sometimes when a bill easily clears one chamber and dies in the other, a little kabuki theater is going on. Majority party leaders know the bill will never get to the governor's desk, but want lawmakers to be able to tell stakeholders and constituents they voted for it. If that's happening here, efforts to license Iowa midwives are finished for this year.

For what it's worth, Kaufmann sounded committed when he spoke during the House floor debate on March 7. In his opening comments, he noted the bill "expands health care options, provides options to women in childbirth, and helps bring an established profession out of the shadows."

In his closing comments, Kaufmann said he had been working on this bill for about ten years and mentioned the diverse support for midwife licensure, "from the far-left to the far-right." He added, "I have every intention of pushing to make sure this gets signed into law."

We'll find out over the next six weeks whether it was a smart play for medical industry representatives to hang back and let Kaufmann have his day, then pounce on the bill in the Senate.