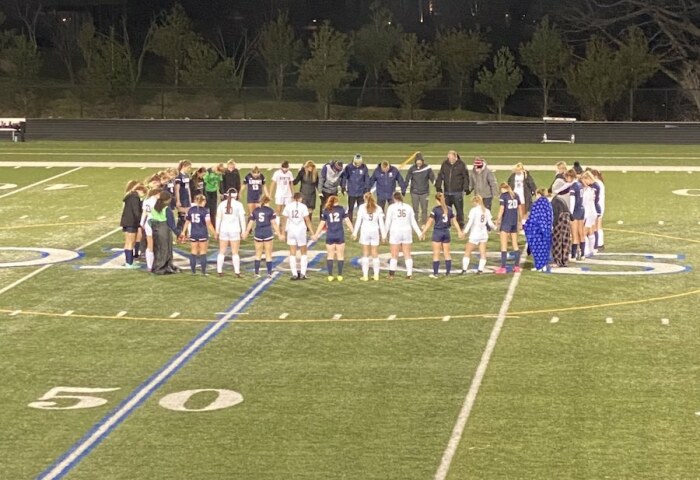 Is it OK for teachers to push some views?

Some of our political leaders seemed to be talking out of both sides of their mouths when they criticize public school employees for allegedly pushing a point of view onto students.

These leaders need to figure out whether it is good or bad for school employees to engage in what critics call indoctrination.

On one hand, some K-12 school districts around the nation have been up to their chalk boards in controversy over allegations teachers are trying to pass on to students the teachers’ opinions on LGBTQ issues, transgender rights, or racial disparities.

But on April 25, the United States Supreme Court heard oral arguments in a case out of Bremerton, Washington, where a football coach’s post-game prayers on the 50-yard line have divided residents and split politicians nationwide more than any football rivalry.

This disagreement over what is acceptable, and what is not, pits conservatives and progressives against each other. In the middle is past Supreme Court guidance on what is allowed under the First Amendment to the U.S. Constitution.

Don’t look for common ground to emerge anytime soon, regardless of how the court rules in June. And don’t be surprised if the court’s conservative majority upends those past precedents dealing with public school prayers.

The case before the justices is Kennedy v. Bremerton School District. The legal dispute grew out of a practice by Joseph Kennedy, a football coach at Bremerton High School, who kneeled alone after every game to offer a silent prayer of gratitude.

Over time, players were invited to join him, and his prayers went from being silent to being said aloud. The parent of one player, an atheist, complained the boy felt obligated to take part or risk being ostracized and losing playing time.

He declined and announced he would continue holding on-field prayers. At one, dozens of supporters climbed over fences and rushed onto the field to join him, knocking some band members to the ground.

Kennedy was suspended with pay. He did not apply to coach the team the following season. But he did sue, alleging officials violated his First Amendment rights.

Rachel Laser, president of Americans United for Separation of Church and State, which is representing the school district, told the New York Times, “What we’re focused on is the religious freedom of students. Going to the 50-yard line directly after the game when you’re the coach, with the students assuming they’re supposed to gather with the coach, and praying at that time, puts pressure on the kids to join.”

Kennedy said his prayers were never mandatory. But some parents said there was implicit coercion.

Kennedy’s lawyers contend the Supreme Court’s past decisions on school prayer involved a formal government role in the prayers — such as at the beginning of the school day. But Kennedy’s case centers on the question of whether government employees give up their own rights to free speech and free exercise of religion when they are on the job.

Laser told the Times a ruling in Kennedy’s favor “would give a license to coaches and teachers across the nation to engage in coercive prayer.”

A group of eight Bremerton parents, athletes, community leaders and taxpayers filed a brief with the Supreme Court in which they defended the school district position.

A community is an ensemble troupe, not a one-man show,” their brief said. “It is a troupe of folks from all walks of life, brought together by their own unique faiths and beliefs. When [Kennedy] chose to center his own rights at mid-field of this once-celebrated community gathering, a community united quickly became a community divided.

One of the signers of the brief, Jane McLemore, a Methodist minister’s wife and former teacher, said any reasonable observer would perceive the football field prayer was “stamped with the school’s seal of approval.”

Petitioner, shrouded in blue and white with a "Knights" emblem on his chest, standing on the school’s logo for all to see, carelessly infringed on the impressionable minds of Bremerton youth for his own gain. In doing so, he stole from their parents the right to raise their children in a way that comports with their own belief systems.

One member of the football team joined the brief anonymously. He did not want to be treated as an outcast for speaking against Kennedy.

The player said Bremerton coaches did not leave the field immediately after games ended, and players were not free to leave then, either. Instead, Kennedy would hold up a helmet to rally players at mid-field and players were directed to gather around him for “the coach’s prayer thing.”

The players were expected to be there — whether they were Christian, as Kennedy is, or Jewish, Muslim, Hindu, Sikh, Baha’i, or non-religious, as others in Bremerton are.

One can only imagine the reaction of Kennedy’s defenders if the coach were Muslim and was pressuring players to gather around for a post-game prayer of thanks to Allah.

And if it is OK for a coach or a teacher to organize such “optional” student prayers on school grounds, tell me how that differs from teachers engaging in “optional” discussions inside the same classrooms about LGBTQ issues, transgender rights or the treatment of black people since the founding of the United States.

As I said earlier, I’m confused.

Top image: Soccer players and coaches from Newton (public school) and Des Moines Christian (private school) gather in prayer after a game on April 14. Cropped from a photo posted to Twitter by user @MarkAllen_07.

Newton High School student Rori Nehring, who plays on the soccer team, commented on Twitter that I "don't know the context behind this picture." She explained that this kind of prayer "has been a team tradition which has been lead by players for many years." She also asserted that team members "do NOT feel forced to come together and pray."

I take Nehring's word that Newton coaches don't lead these prayer sessions and that no one is required to take part. However, I would encourage Christians who enjoy this kind of tradition not to assume that no other players feel pressure to join. Clearly, these group prayers are an important team bonding exercise, and teenagers could have good reason to worry about how opting out would be perceived. The photo was posted on the Newton Girls Soccer Instagram feed, with an approving comment about the "long standing tradition."

As a Jew, I am grateful my Valley High School tennis teammates didn't organize prayer sessions that would have forced an uncomfortable choice on me and my doubles partner (who was Zoroastrian).