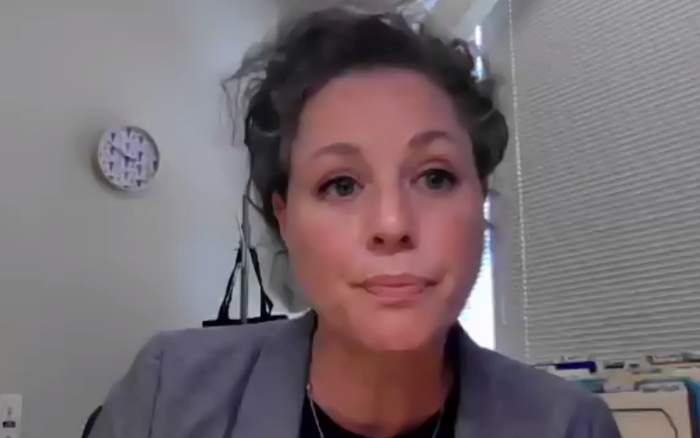 The Planned Parenthood affiliate that includes Iowa is preparing for an influx of patients seeking abortions from states where the procedure may soon be banned.

Since 2018, Iowa has been part of Planned Parenthood North Central States, which also provides reproductive health care services in Minnesota, Nebraska, North Dakota, and South Dakota. Both of the Dakotas have enacted "trigger" laws, which would immediately ban abortion as soon as the U.S. Supreme Court overturns the Roe v. Wade precedent. An effort to pass a similar law in Nebraska failed last month, but proponents have vowed to try again later this year.

Dr. Sarah Traxler, chief medical officer for Planned Parenthood North Central States, told reporters during a May 3 news conference that the organization's regional and national leaders have long "been planning for this worst-case scenario."

She promised, "We're going to be here for the long haul, and we're going to fight to make sure that this is accessible to everybody."

As a "very proud abortion provider," Traxler said she felt "sad," "grieved," and "enraged" when she came to work in Minnesota the morning after a leaked Supreme Court opinion showed five justices are ready to sweep away a nearly 50-year precedent. But she was inspired to see clinic staff providing "compassionate, patient-centered expert care."

Traxler said Planned Parenthood has been working on "how to navigate patients to places where abortion is accessible" after Roe falls. According to Planned Parenthood North Central States President and CEO Sarah Stoesz, the organization will need to raise more money to cover rising expenses related to travel, child care, or other logistical help. Stoesz anticipated the donor community would step up to meet the need, because they "care very deeply about the work that we do."

Modeling suggests that demand for abortions in Minnesota may increase by about 10 percent, or perhaps by as much as 25 percent, depending on what happens in Iowa and Nebraska, Traxler said. (Abortion is now protected in Iowa under a state Supreme Court precedent, but that could change soon.)

Traxler added that a surge in demand soon after abortion becomes illegal in some states may create "short-term" problems in providing services, due primarily to shortages of health care support staff. But she predicted things would fall into place as it becomes apparent where abortion seekers are traveling.

Planned Parenthood currently has no plans to open additional clinics in Minnesota, Stoesz said, but "we need to see what the impact is," and if it's necessary to open more clinics to meet demand, "we absolutely will."

Traxler and Stoesz emphasized that if trigger laws go into effect, Planned Parenthood will not mail mifepristone, used for medication abortions, directly to women seeking abortions in North or South Dakota. Nor will the organization provide abortion services or consultations through telemedicine to patients in those states. Traxler noted that telemedicine visits are recorded as happening "where the patient resides," meaning Planned Parenthood has to follow state laws where the patient lives.

Researchers at the University of Texas found that the impact of a state law enacted in 2021, which in effect banned most abortions, was partially offset by women traveling to clinics in nearby states or ordering medication used to induce abortions online.