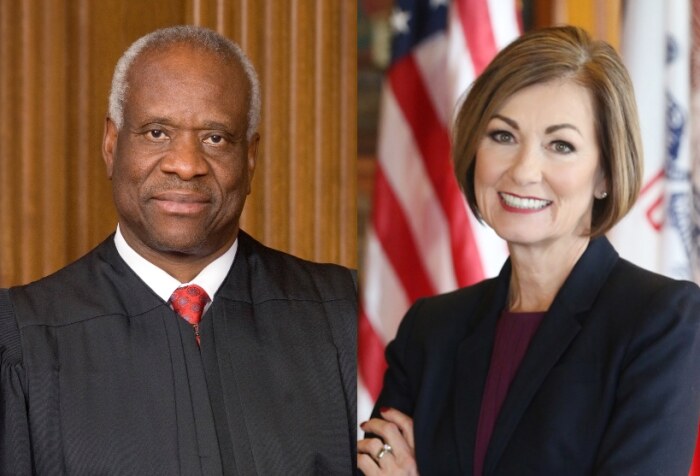 Recent news has been hip-deep in irony

Irony has been so deep in recent days that we shouldn’t be surprised if people start walking around with their chore boots on or with the cuffs on their pants rolled up to avoid the mess.

Consider: U.S. Supreme Court Justice Clarence Thomas made an observation on May 6 that caused some people’s eyes to bug in disbelief.

Speaking in Atlanta to a group of judges and lawyers, he said of American society these days, “We are becoming addicted to wanting particular outcomes, not living with the outcomes we don’t like.”

There certainly are plenty of examples of that, both among Democrats and among Republicans. But Thomas failed to acknowledge any connection between his statement and the actions of his wife, Ginni, in the weeks leading up to the inauguration of President Joe Biden on January 20, 2021.

Ginni Thomas exchanged 29 “stop the steal” text messages with Mark Meadows, President Donald Trump’s White House chief of staff, before the Jan. 6, 2021 riot at the U.S. Capitol. She urged Meadows to find a way to keep Trump in office and not allow the electoral votes to be certified by the U.S. House on January 6.

She said there was “obvious fraud” in the 2020 presidential election and Meadows needed to “save us from the left taking America down.”

Contrary to what Ginni Thomas, the former president himself and many of his supporters insist, investigations by federal and state government officials and judges’ decisions in dozens of lawsuits have produced no evidence bearing out those claims.

It’s almost as if those Trump supporters have been wanting a particular outcome and have not been living with the outcome they do not like.

During his speech in Atlanta, the justice said “it bodes ill for a free society” that people are trying to bully the Supreme Court into “giving you just the outcomes you want.”

Thomas referred only to the “unfortunate events” during the week — and did not make any reference to the controversy that has surrounded his wife’s “stop the steal” activism.

That wasn’t the only dose of irony in last week’s news. Governor Kim Reynolds met privately in Marion with several dozen parents and grandparents who are angry and worried about a new policy in the Linn-Mar School District that school officials said is intended to protect transgender students.

The school board adopted the new policies, which apply to students in grades 7 through 12, on a 5-2 vote last month.

School officials said the policies were written to comply with the requirements of state and federal civil rights laws and with the Iowa Department of Education’s guidance on ensuring equity for transgender students.

The policies lay out how school officials will treat students who have identified themselves as transitioning from one gender identity to another. The practices include allowing “trans” students to use restrooms and locker rooms that correspond with their gender identity, instead of their assigned gender at birth.

After the meeting in Marion, the governor put in a plug for her private-school voucher proposal that would provide up to 10,000 public school students with annual taxpayer scholarships of about $5,500 so they can pay for tuition to attend a private K-12 school.

Reynolds’ scholarship proposal has run into an embarrassing roadblock in the Iowa House. Opposition from more than a dozen Republicans, primarily from rural districts, has prevented passage of the proposal and has delayed the legislature's work on the state budget adjournment for the year.

Reynolds said parents she met with are troubled by Linn-Mar’s new policy. “It was a great opportunity for me to hear from parents how frustrated they are with not being able to educate their children in an environment that they felt their child could thrive,” she told reporters.

Of course, there are other parents, including those with transgender kids, who are concerned about their children’s education, safety and ability to thrive and who are frustrated by the governor’s refusal to meet with them about transgender issues.

That wasn’t the only serving of irony from the governor.

Her staff passed out a flyer that included this statement: “Fact: For nearly 20 years, math and reading scores for Iowa students have been decreasing.” 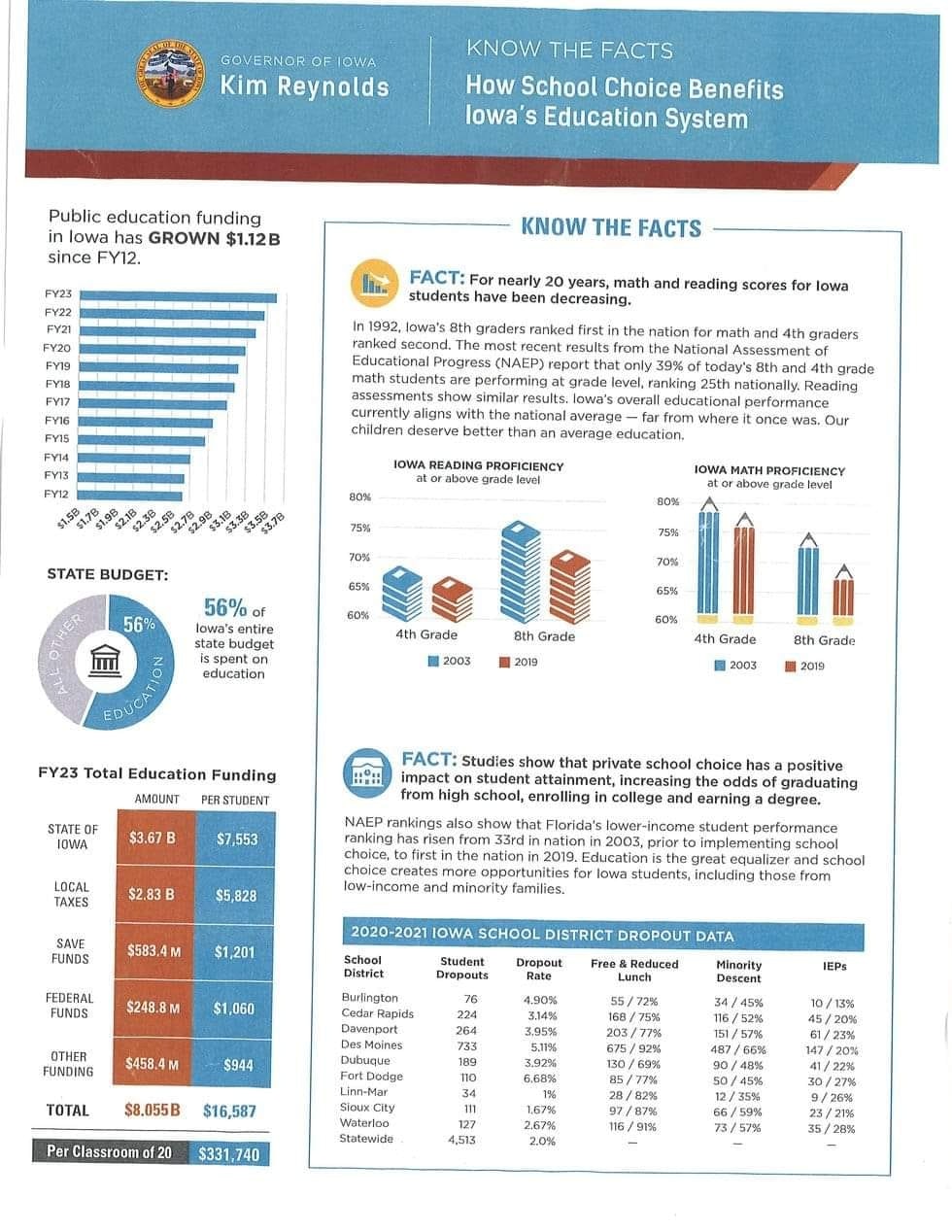 Unmentioned in the leaflet was another fact: For 12 of those 20 years, Reynolds has been either lieutenant governor or governor. And since 2017, Republicans have controlled both the Iowa House and Senate.

If you are unable to remember any of Reynolds’ policy initiatives to improve students’ math and reading skills, you are not alone. That is especially noteworthy, given that Republican control of the Legislature put the governor in a good position to enact plans she favored to address the declining academic performance by Iowa students. A second flyer distributed at Reynolds’ private meeting included details of what the governor calls a parents’ bill of rights. 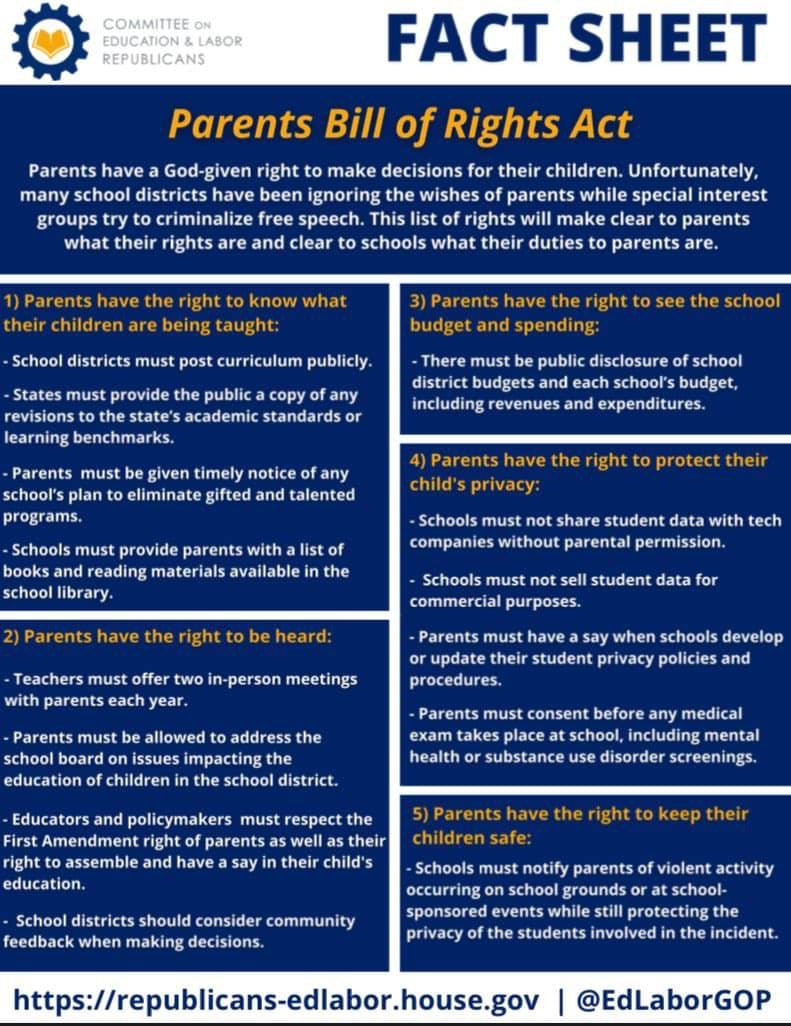 It would require public school districts to allow parents to be heard on issues affecting their students—although the governor feels no such duty to hear from parents who support their local school districts.