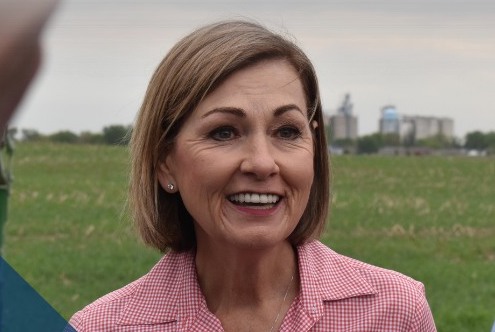 The tangled web of the governor's private school voucher bill

“Oh, what a tangled web we weave, when first we practice to deceive,” was spoken by Sir Walter Scott in 1808 to portray the antics a Lord pursued in his lust for a rich woman. The phrase applies to Governor Kim Reynolds and her Iowa GOP peers, but in this case their lust is for using taxpayer money to pay for 2 percent of Iowa’s K-12 students to attend a private school.

Although the bill (Senate File 2369) didn't get through the state House during this year's legislative session, Reynolds has promised the issue will be her top priority if she is re-elected. Several of her allies won GOP primaries for Iowa House seats on June 7.

The devil is in the details. First, only 41 percent of Iowa adults approve of diverting public funds to support private schools, according to a March 22 poll by Selzer & Co for the Des Moines Register and Mediacom.

Second, the governor's proposal would benefit 10,000 private school attendees at the cost of 485,000 public school kids.

Reynolds’ plan would serve only a privileged few, not Iowa’s 3 million citizens. Likewise, all but one of the 32 Iowa Senate Republicans voted for the bill. The majority of House Republicans supported the policy too; only an estimated fifteen to 20 in the House GOP caucus stood for protecting taxpayer funds and honoring the public schools they serve.

Number 1: 42 of Iowa’s 99 counties do not have a private school; the proposed legislation would most benefit residents of urban counties.

Number 2: the bill is a slap in the face to rural Iowa, a longtime GOP stronghold. Rural Iowans who favor the Republican Party should note how their politicians are failing to represent their interests.

Number 4: the GOP’s plan would add another $55 million to the already staggering pool of private school money . . . in perpetuity. The experience of other states indicates that if the bill becomes law, the price tag of public funds to benefit private education will increase every year at the expense of public school districts.

We know all school districts are not equal in size. For most public school districts, the financial cut will be huge. But imagine the effect of any district losing around $242,000 per year, the number of staff they will need to cut, and how much class sizes will grow.

Number 6: If Reynolds and GOP lawmakers enact their plan, more public school will close, teacher shortages will become worse, and students attending public schools will have fewer opportunities, both in the classroom and in extracurricular activites.

Number 7: Over the last six years, while Republicans have fully controlled state government, funding for private schools and homeschooling has increased by 150 percent, while state funding for Iowa’s 327 public school districts hasn’t even kept up with inflation.

Oh, what a tangled web Iowa’s GOP has weaved, making Iowa a far less hospitable place to raise a family. On November 8, Iowans should support legislative candidates who want to preserve our state’s rich history of public schools.