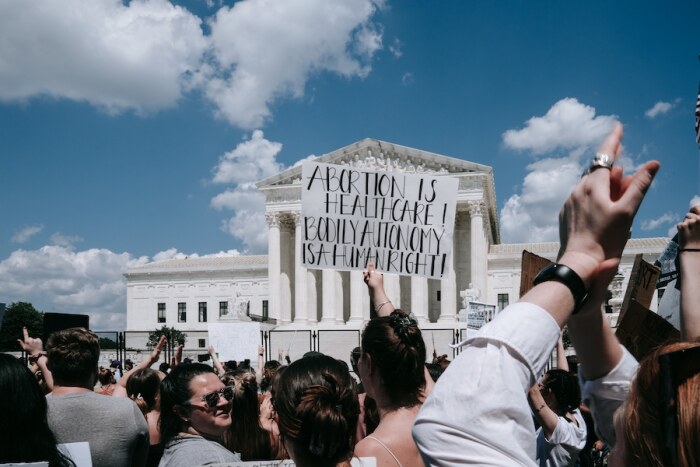 What can we do about this? Fight back.

We’re older Iowans and we’re angry about recent decisions of the U.S. Supreme Court. We’re fearful for the future of our state and nation. And we ponder what we can do about it.

In a case involving the state of Maine, the court's majority decided that public tax dollars can flow to private faith-based schools.

Our view: public dollars are for public schools that take on the challenge and the opportunity of educating everyone; regardless of skin color, abilities, beliefs, primary language, gender identity, or sexual orientation. They should not be used to support the teachings of any particular faith nor any institution that discriminates in admissions or hiring.

In another case involving religion in the state of Washington, the majority held that a public high school football coach should be allowed to pray with his players on the football field’s 50-yard line after a game. The high school had placed the coach on administrative leave after hearing concerns expressed by parents of players who felt compelled to participate.

Our view: The separation of church and state and religious freedom for all has been a fundamental part of American history. While the public high school coach and his team shared a prayer to their God in a very public space, what about the players and their families who pray to a different God, or do not believe in God?

To us, freedom of religion has also meant freedom from someone else’s religion, or any religion at all. The coach had options on where, when, and how to pray – there were ample alternatives to a public display on the 50-yard line. He declined to exercise those options.

In a case involving the state of New York, the majority stopped policies that required permits to openly carry firearms in public. And in subsequent actions, the majority threw out "several lower court rulings that had upheld gun restrictions including bans on assault-style rifles in Maryland and large-capacity ammunition magazines in New Jersey and California."

Our view: We shake our heads as we write this, wondering if Supreme Court members live in an alternate reality where there is no hate, no political extremists, no social isolation, no excessive drug or alcohol use, no mental illness, no violence, and no regular mass killings of innocents. America has more guns than people. We are the most heavily armed country in the world, but by no means the safest. The majority seems not to know, or not to care.

While the court took us multiple steps backward by allowing more guns on the streets, Congress recently took us one step forward with passage of modest common sense gun restrictions. We applaud Senator Joni Ernst and Representative Cindy Axne for their votes in support. We denounce Senator Chuck Grassley and Representatives Ashley Hinson, Mariannette Miller-Meeks, and Randy Feenstra for their votes against and failure to put the safety and lives of Iowans ahead of their allegiance to the gun lobby. Shameful.

And the worst decision came in a Mississippi case on abortion restrictions, where the majority overturned Roe v. Wade.

Our view: conservatives got what they wanted; to have state governments assert control over women and their bodies. We have daughters and granddaughters. We trust them and all those with reproductive systems to make decisions, in consultation with their doctors and others, to determine what’s right for them. We don’t want legislators, primarily white men, dictating those decisions.

It’s not just the recent decisions themselves – it’s the words and tone used in the decisions that lead us to believe that what we’ve seen could be a preview of coming attractions. Consider the writings of Justice Clarence Thomas, who wants the court to take a fresh look at the rights of women to access contraceptives and the rights of LGBTQ citizens to live openly and marry the person they love. What’s next? Returning to the days of segregation? State controlled cameras in our bedrooms? Where, and how, does this madness end?

The credibility of the court is now zero. We see them not as justices fairly applying the law, but as politicians with an ambitious agenda to accomplish. They are doing what Republicans have railed against in the past – legislating from the bench. As a result, Congress and President Joe Biden should re-think how justices are nominated and approved, how many there should be, how long they can serve, how to address their conflict of interests, and the procedures to be used to remove them when warranted.

So what can we do about all this? Fight back.

Fight back by peacefully protesting in the streets, at courthouses, or wherever is appropriate.

Fight back by asking elected state and federal officials why they’ve voted the way they’ve voted and what they would do to protect the rights and safety of citizens in the future.

Fight back by writing a letter to the editor.

Fight back by supporting companies that visibly advocate for the human rights of their employees and customers.

Fight back by refusing to travel to or spend money in states that restrict reproductive or other fundamental rights.

And, fight back by identifying candidates for office who believe what you believe, are as upset as you are, and who pledge to undo the damage. Volunteer for and donate to them. Help them get elected.

We’re older Iowans and we’re angry. We’re going to do all we can to affect change. We ask you to do the same.

Top photo of protests outside the U.S. Supreme Court on June 24, 2022, following the decision overturning Roe v. Wade submitted by Olga Fe and available via Shutterstock.