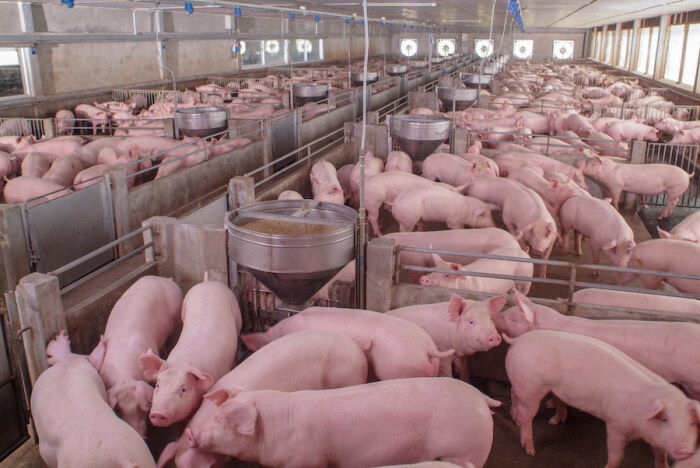 Iowa Supreme Court's unfair message: "Take one for the team"

In 1972, Gordon Garrison purchased 300 acres of farmland in Emmet County, a rectangle near the Minnesota border one county to the east of the Iowa Great Lakes.

The Iowa State University agricultural engineering graduate began raising sheep and crops. He also set about working to restore the “prairie pothole” ecology of shallow wetlands that was common in northwestern Iowa when white settlers began arriving 175 years ago.

Garrison built a house on his land in 1999. He still lives there, although his quality of life has taken a troubling turn since he put down roots there.

Life for Garrison and his neighbors changed significantly in December 2015 when New Fashion Pork LLP built a CAFO, or a confined animal feeding operation, uphill from and adjacent to Garrison’s property. The confinement building — which the state allows to house 4,400 to 8,800 hogs, depending on their size — is about a half mile from Garrison’s property.

A subsidiary of New Fashion Pork owns more agricultural land adjacent to Garrison’s property. That land is used for disposal of hog manure. It is important to remember that Gordon Garrison and his family arrived and built their home before the hog confinement entered the picture. It is important to remember that he was there before the Iowa legislature passed the “right-to-farm” law in 2020, which provides livestock producers with broad immunity from lawsuits as long as they comply with state and federal regulations.

This isn’t a matter of a family moving to an agricultural area and then being surprised to find there are unpleasant odors associated with livestock. Nevertheless, the Iowa law says animal-feeding operations “shall not be found to interfere with another person’s comfortable use and enjoyment of the person’s life or property.”

Garrison’s comfortable use and enjoyment of his property changed after the CAFO was built. He experienced nausea and dizziness from the odor and said it was sometimes so intense he could not work outside. Nearby landowners corroborated his complaints.

That’s what brought Garrison before the Iowa Supreme Court this year. But in the topsy-turvy world in which we live these days in Iowa, the majority sided with New Fashion Pork in Garrison’s lawsuit against the CAFO over its noxious odors and manure pollution reaching onto his land.

The 4-3 decision also threw out the Iowa Supreme Court’s own legal test that has guided our state's courts for eighteen years in deciding questions of whether a CAFO is operating as a public nuisance. The court’s decision said, “CAFOs are controversial, but it is not our role to second-guess the Legislature’s policy choices.”

Appel wrote in his dissent, “We must never forget that the Iowa founders presented a rights-based constitution to the voters of Iowa. And the rights provided in the Iowa Constitution are superior and above the vicissitudes of politics.”

The first article in the Iowa Constitution is the Iowa Bill of Rights, and the first section of the first article is what has been called the inalienable rights or the natural rights clause. "All men and women are, by nature, free and equal, and have certain inalienable rights — among which are those of enjoying and defending life and liberty, acquiring, possessing and protecting property, and pursuing and obtaining safety and happiness.”

In the understatement of the day, Appel added, “The founders were well aware of the capability of special interests to dominate the halls of government. … The Iowa Bill of Rights is a shield that protects the people’s rights from the political process.”

As you read Appel’s lesson on the history of special interests in Iowa government, circa 1857, you can easily jump forward to today and think of “agricultural interests” and state political leaders’ lack of concern about Iowa's growing water quality problems, as well as quality-of-life concerns arising from the hog confinements like the one sending odors over the home of Gordon Garrison and funneling manure onto his property.

The central issue in this case is this: Can the government, consistent with article I, section 1 of the Iowa Constitution, enact a statute that authorizes a landowner to appropriate or take for the landowner’s benefit the property interest of a neighboring landowner, without any compensation or benefit to the other owner?

He added, “In other words, are we telling the existing property owners that they are required to ‘take one for the team’ as the private owners next door emit nuisance odors under a scheme of statutory immunity?”

A separate dissent by McDonald was equally blunt.

The Iowa Constitution affords strong protection for private property. These interrelated constitutional provisions preclude the government from immunizing private nuisancers from having to pay full compensation for depriving another of the right to use and enjoy property. At least they did until today. The majority overturns well-supported and well-established case law and eviscerates the right to possess, use, enjoy, and protect property.

He added, “I respectfully dissent.”