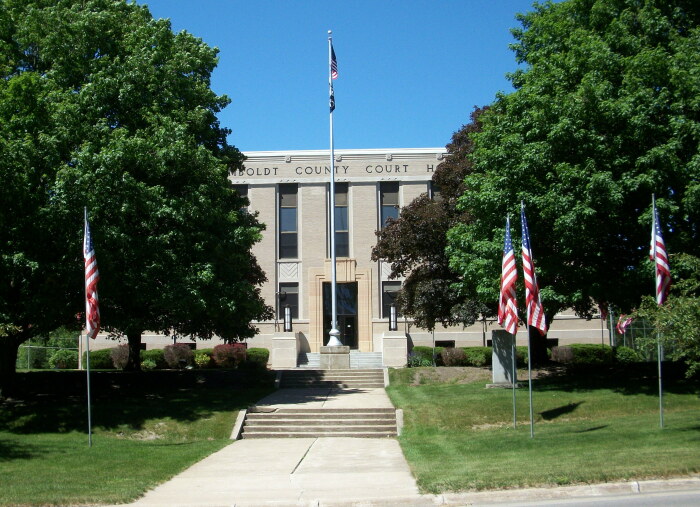 Governor Kim Reynolds has declined to fill a District Court vacancy in northern Iowa, after finding the selection process was tainted by Judge Kurt Stoebe’s “unprofessional” conduct, including favoritism toward one applicant and “significantly misleading comments” that took another applicant out of contention.

In a November 11 letter to members of the District 2B Judicial Nominating Commission, Reynolds explained why she was taking the “extraordinary step” of not proceeding with an appointment, which she said “has been done only once before,” by Governor Bob Ray.

The district nominating commission submitted two names to the governor’s office on October 12. Normally Reynolds would be required to appoint one of those candidates within 30 days. However, the governor wrote, her staff investigated after hearing serious concerns about the commission chair, District Assistant Chief Judge Kurt Stoebe. Several commissioners indicated he gave one applicant extra interview time and “coaching” during the interview.

The commissioners said Stoebe made unprofessional comments about some others who applied for the judgeship.

The Iowa court ruling that could stop a Republican gerrymander

Democrats had hoped the LSA would spend more time working on its next plan. Iowa Code gives the agency up to 35 days to present a second set of maps. If lawmakers received that proposal in mid-November, Republicans would not be able to consider a third set of maps before the Iowa Supreme Court’s December 1 deadline for finishing redistricting work.

By submitting Plan 2 only sixteen days after Iowa Senate Republicans rejected the first redistricting plan, the LSA ensured that GOP lawmakers could vote down the second proposal and receive a third plan well before December 1. So the third map gerrymander—a scenario Bleeding Heartland has warned about for years—is a live wire.

Nevertheless, I expect Republicans to approve the redistricting plan released last week. The maps give the GOP a shot at winning all four U.S. House districts and an excellent chance to maintain their legislative majorities.

Equally important, state law and a unanimous Iowa Supreme Court precedent constrain how aggressive Republicans could be in any partisan amendment to a third LSA proposal.

Republican leaders in the Iowa House and Senate declined this year to require face coverings, social distancing, or other COVID-19 mitigation practices in the state capitol. Governor Kim Reynolds and her staff have been spreading misinformation and casting doubt about whether masks reduce coronavirus transmission in schools.

But one branch of state government is following the recommendations of top scientists at the U.S. Centers for Disease Control.

Iowa Supreme Court Chief Justice Susan Christensen signed an order on August 27 stating that “All people entering court-controlled areas must wear a face covering,” even if they have been fully vaccinated for COVID-19. 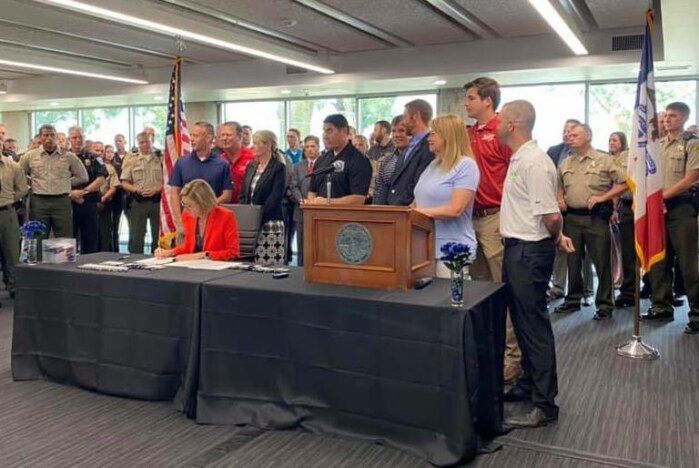 Iowa's new qualified immunity law may not hold up in court

“Iowa’s law enforcement will always have my respect, and I will always have their back,” Governor Kim Reynolds declared while signing Senate File 342 on June 17. Sections 12 through 16 of the wide-ranging policing bill establish a “qualified immunity” standard for Iowa. Effective immediately upon the governor’s signature, state employees or law enforcement officers who violate individuals’ constitutional rights can be sued only if their conduct violated “clearly established” law, such that “every reasonable employee would have understood” the act was illegal.

The provisions were crafted to match decades-old federal qualified immunity standards, and to override an Iowa Supreme Court ruling that was more favorable to Iowans whose rights have been violated by police.

The new law will almost certainly be challenged. And while the conservative majority on the Iowa Supreme Court often defers to other branches of government, the justices may find that Senate File 342’s language on qualified immunity is incompatible with the Iowa Constitution. 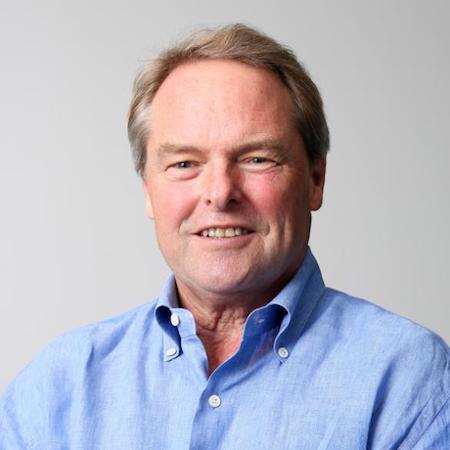