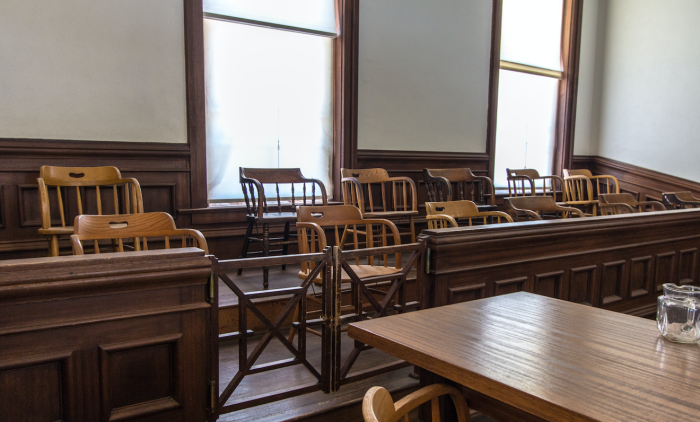 For decades, researchers have found that all-white juries are more likely to convict Black defendants than white defendants, and that Black people “are systematically more likely to be excluded from juries in many contexts.” In addition, studies indicate diverse juries “perform their fact-finding tasks more effectively,” and have been shown to “deliberate longer, consider more facts, make fewer incorrect facts, correct themselves more, and have the benefit of a broader pool of life experiences […].”

In a 2017 decision that gave defendants of color another way to challenge unrepresentative jury pools, the Iowa Supreme Court recognized, “Empirical evidence overwhelmingly shows that having just one person of color on an otherwise all-white jury can reduce disparate rates of convictions between black and white defendants.” Yet African Americans have continued to be under-represented in Iowa jury pools and on trial juries.

A recent Iowa Supreme Court order takes a step toward addressing that disparity in the state’s criminal justice system.

“JURY SERVICE IS AN IMPORTANT ASPECT OF CITIZENSHIP”

The order signed by Chief Justice Susan Christensen amended the state’s rules of criminal and civil procedure on February 19, in light of an executive order Governor Kim Reynolds signed in August 2020. The governor restored “the rights of citizenship, including that of voting and qualification to hold public office,” to most Iowans with felony convictions who have discharged their sentences.

Commentary about that order focused on the pathway for tens of thousands of disenfranchised Iowans to vote again. But citizenship rights involve more than casting ballots. Christensen’s order observed,

Jury service is an important aspect of citizenship. The current Iowa Rules of Civil and Criminal Procedure permit the removal for cause of prospective jurors based on the existence of a prior felony conviction, regardless of when the conviction occurred and regardless of whether the sentence has been completed. It is the supreme court’s view that the restoration of citizenship rights includes the restoration of the ability to serve on a jury.

Effective February 19, Iowans who have discharged most kinds of felony sentences became eligible to serve on juries. The chief justice’s order won’t become permanent until the Legislative Council has reviewed it. Usually that council (now comprised of fourteen Republican and ten Democratic state lawmakers) doesn’t interfere with rules on judicial procedure.

Increasing the diversity of jury pools is important, because if only a few people of color are available for selection, attorneys can use peremptory challenges (striking a juror without providing a reason) to ensure an all-white jury hears the case. The Iowa Supreme Court declined in 2019 to prohibit peremptory challenges.

The Iowa-Nebraska NAACP welcomed the court’s action, which followed the organization’s years of advocacy to address disparities on juries. In presentations to Iowa Supreme Court advisory committees and in written comments submitted last June, NAACP leaders argued that disqualifying Iowans with felony convictions from serving on juries for life “was unconstitutional and wrong policy.” Christensen met with NAACP representatives to discuss the matter about two weeks before issuing last month’s order.

Iowa-Nebraska NAACP president Betty Andrews said the previous rule “had a notable adverse racial impact on African Americans due to the substantial racial disparities in the Iowa criminal justice system.” The civil rights group estimates that Black Iowans may comprise a quarter of the tens of thousands of Iowans no longer excluded from jury service, because people of color are disproportionately convicted and incarcerated.

These changes afford Iowans who have paid their debt to society the opportunity to more fully participate in the democratic process. Additionally, these changes should help in increasing the diversity of jury panels in Iowa. We applaud the Governor and the Iowa Supreme Court for seeing these changes through, and we look forward to working with the Iowa Supreme Court and members of both the executive and legislative branches of State Government to continue to improve accessibility to the courts.

I also sought comment from Gary Dickey, the Des Moines attorney who litigated the case that prompted the Iowa Supreme Court’s 2017 ruling. He characterized the rule change as “a substantial first step toward improving the minority representation of jurors in Iowa.” Under the previous rule, if someone in the jury pool had been convicted of a felony, the person could be removed for cause. “I would object if their rights had been restored,” Dickey said, but “not a single judge ever sustained my objection” because the rule referred to “felony” and not to the restoration of rights.

State Representative Mary Wolfe, a defense attorney in Clinton, told Bleeding Heartland that she appreciated the Supreme Court’s work to address the issue. The past rule was “problematic for sure due to fact that such a disparate proportion of Black Iowans have felony convictions.” Even as she welcomed the progress made, Wolfe would “prefer that the rules treat people with felony convictions like everyone else, even if they are still on probation or parole.” That is, attorneys could question individuals in the jury pool about their “ability to be fair and impartial and objective, just like jurors who have been victims of a crime.”

Under the governor’s executive order, a felony sentence is not considered to have been “discharged” unless the person has completed all probation or parole as well as any term of incarceration. So the Supreme Court order doesn’t make Iowans on probation or parole eligible for jury service in criminal or civil trials. From Wolfe’s perspective, a juror should be struck for cause only if the person’s life experiences make them “unable to be objective” or decide the case based on the facts. “I believe that should be an individual determination.”

I will update this post following the Legislative Council’s review of the chief justice’s order.