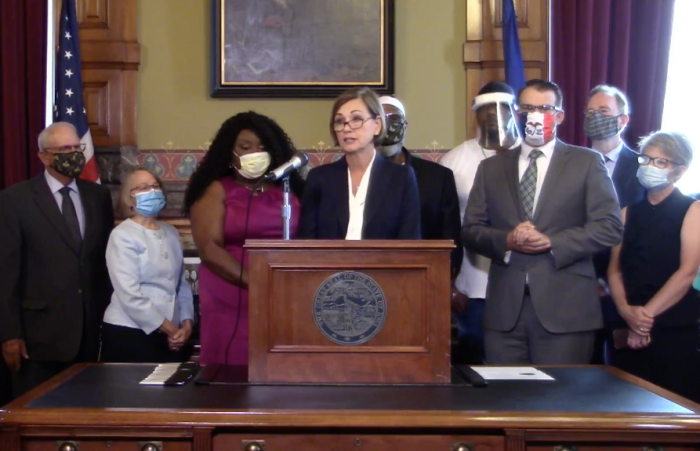 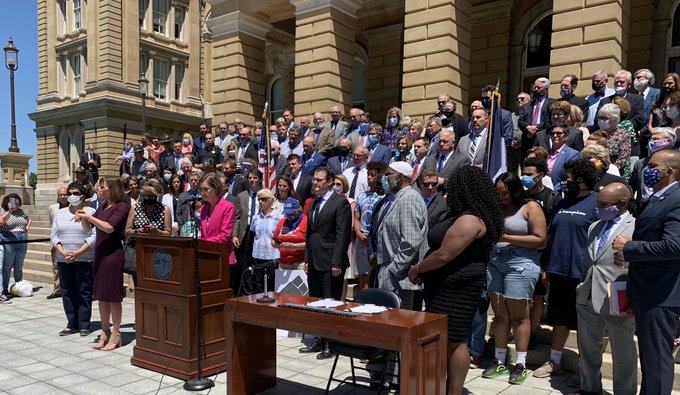 “Let them vote! Let them vote!” Black Lives Matter protesters chanted a few minutes after Governor Kim Reynolds signed a police reform bill on June 12. Reynolds did not acknowledge hearing them, continuing to pass out pens to advocates of the legislation, which the Iowa House and Senate had unanimously approved the night before.

The protesters want the governor to sign an executive order automatically restoring voting rights to Iowans who have completed felony sentences. Iowa has the country’s strictest felon voting ban, which disproportionately disenfranchises African Americans. Reynolds has resisted calls to issue an executive order, saying she wants the legislature to approve a state constitutional amendment on felon voting instead.

The Iowa legislature adjourned for the year on June 14 without the constitutional amendment clearing the Senate.

For many thousands of Iowans with felony convictions, an order from Reynolds provides the only path to voting before 2024. She should issue one as soon as possible.

On the same day Kentucky Governor Andy Beshear restored voting rights to some 140,000 constituents who previously committed nonviolent crimes, Governor Kim Reynolds rolled out an incremental step to make it easier for Iowans to regain their voting rights after completing a felony sentence.

It was the fourth time the application process has been simplified in nearly nine years since Governor Terry Branstad restored Iowa’s lifetime ban on voting after a felony conviction.

Although the new policy may marginally increase the number of Iowans who can cast a ballot in 2020, it will leave tens of thousands of Iowans unable to vote for years. It’s not clear the governor’s office will be able to process all of the new applications in time for next year’s general election.

Reynolds could mostly solve this problem in a day. She clings to an unconvincing rationale for not doing so. 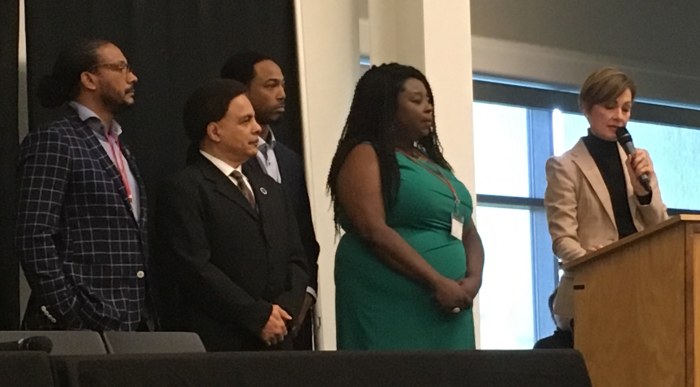 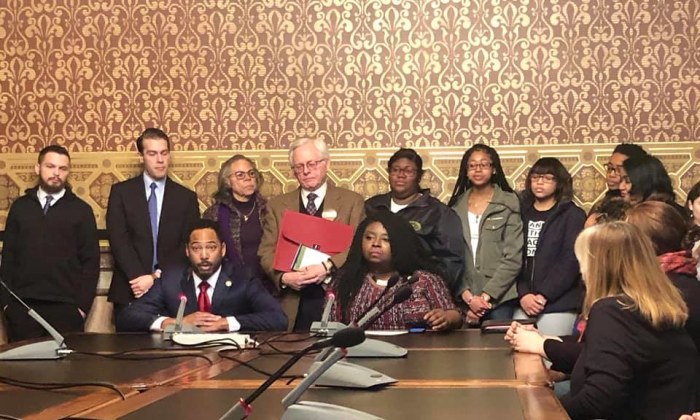 Since Governor Terry Branstad signed an order in January 2011 to end automatic restoration of voting rights for Iowans who have completed felony sentences, only 328 affected people have regained their franchise: 206 through the end of Branstad’s tenure, and 122 since Governor Kim Reynolds became the state’s leader in May 2017. Yet an estimated 52,000 Iowans are ineligible to vote because of a criminal record.