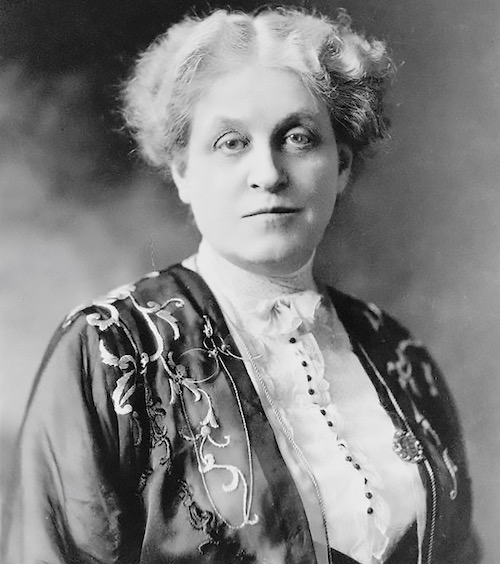 Dianne Bystrom: As with any historical figure, Catt’s life should be evaluated in its total in making the decision about the naming of Catt Hall.

For the past 26 plus years, I have conducted research on women political leaders – especially their communication strategies and media coverage as compared to men. Although my published research in journal articles and books has focused on contemporary women political leaders, I’ve also studied the women’s suffrage movement as director of the Carrie Chapman Catt Center for Women and Politics at Iowa State University from July 1996 to August 2018. In my retirement, I speak often on the women’s suffrage movement and continue my reading and research on this topic.

From these perspectives, I offer my comments about Catt and the current consideration of the naming of Carrie Chapman Catt Hall at Iowa State University.

In November 2020, Iowa State adopted a policy and a process to review renaming requests. A key part of the process is discerning the university's affirmation of the whole person, a lifetime and a legacy in total, not isolated statements taken without historical context or simply at face value.

A review of Catt’s speeches and writings during her 33 years advocating for women’s suffrage in the United States and internationally shows that her words and actions supporting racial equality and voting rights for all women far outnumber the four examples provided in the article Bleeding Heartland published on September 29. Moreover, in her commentary for Bleeding Heartland on October 3, ISU Professor Emerita Jane Cox – who has read much of what Catt wrote or said as well as books and journal articles written about her – provides important rhetorical context for those four examples that change their implied meaning and intent.

Here are six examples (there are many more) of what Catt wrote and said in support of votes for all and racial equality throughout her lifetime:

In addition to her suffrage work – including serving twice as president (1900-1904, 1915-1920) of the National American Woman Suffrage Association as well as the founder and president (1904-1923) of the International Woman Suffrage Alliance – Catt was a leader in anti-war causes such as the Women’s Peace Party (1915) and the National Committee for the Cause and Cure of War (1924-1943).

As with any historical figure, Catt’s life should be evaluated in its total in making the decision about the naming of Catt Hall.

Catt’s life and legacy are worth honoring, remembering, and continuing to study and learn from. Her success in leading the NAWSA during the final years of a 72-year-long social movement meant that all American women citizens regardless of race or class had the right to vote enshrined in the U.S. Constitution. According to U.S. Census records, the 19th Amendment enfranchised approximately 27 million American women – including 3 million African American women, approximately 500,000 of whom lived in the 34 states without discriminatory voting barriers adopted in many Southern states after the Civil War.

The 19th Amendment remains the largest single extension of voting rights in U.S. history. That one ISU graduate had such an historic and enduringly significant impact on this nation is extraordinary and well worth recognition by her alma mater.

Finally, some may consider it sexist that one of only five buildings at Iowa State named solely for a woman – out of hundreds of buildings – has been targeted for renaming. There are buildings on campus named for men who do not have stellar records when it comes to comments about other groups of individuals, with nothing said or challenged. For many, this is difficult to construe in any other way than sexism. It has been said that we remember women for their faults and discount their heroics, while we remember men for their heroics and discount their faults.

Let’s remember and honor Carrie Chapman Catt for her heroics over a lifetime dedicated to achieving women’s suffrage in the United States and internationally, including for women of color, and world peace.

Top photo of Carrie Chapman Catt taken in 1909, available through the Library of Congress.