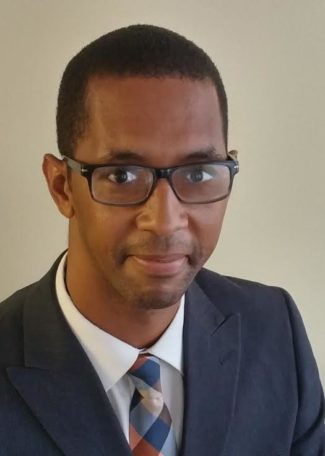 Iowa Secretary of State Paul Pate is pushing hard for a bill that would implement voter ID in Iowa. It’s bad enough that Secretary Pate’s proposal is discriminatory against African-American Iowans (more about that in a moment). But we also object to the manner in which he promotes his proposal by tokenizing a few prominent African-Americans, in a highly misleading way.

Voter ID laws like the one Pate proposes are part of an ongoing strategy to roll back decades of progress on voting rights. These laws deprive many voters, including many African-Americans, of their right to vote, reduce participation, and stand in direct opposition to our country’s trend of including more Americans in the democratic process. These laws create more hoops for people to jump through simply to exercise their constitutionally protected right to vote. Voter ID laws are especially tragic since the type of voter fraud they are purported to prevent – identity fraud – is all but nonexistent. And they cost states millions of dollars to implement.

Pate’s proposal would be one of the strictest in the country. It allows a voter to show only an Iowa driver’s license, passport or military ID to vote. Pate has said that voters would who don’t have one of the three IDs above will get a “free” voter ID card. But those cards would go only to those Iowans who are already registered—not all eligible Iowans.

We strongly oppose Pate’s proposal because it would deprive thousands of Iowans, including and perhaps especially, African-American Iowans, of their legal right to vote.

Voter ID laws are problematic and discriminatory because they require voters to show a certain type of photo ID. That is a problem because:

• 11 percent of Iowa’s voting-age population doesn’t have an Iowa driver’s license or non-operator ID, according to the U.S. Census Bureau and Iowa Department of Transportation. That’s more than 260,000 Iowans.

• According the Brennan Center, nationally up to 25 percent of African-Americans don’t have a state issued photo ID.

Compounding the problem, studies have found that voter ID laws are enforced in a discriminatory way, with African-Americans being questioned about their IDs far more than white voters. If Pate is successful in convincing Iowa legislators to pass his or any other voter ID bill, it’s with the full knowledge that they are disproportionately targeting racial minorities’ access to the ballot box.

African-Americans have been deliberately and systematically disenfranchised in this country for centuries. Although some laws have changed, African-Americans’ right to vote continues to be under attack. For example, right here in Iowa, we know that as many as 1 in 4 voting-age African-American Iowans can be expected to face lifetime disenfranchisement because of Iowa’s regressive and harmful felony voting policies.

Secretary Pate’s proposal is flat-out discriminatory against African-American Iowans and his citing African-Americans who he wants to believe would support it doesn’t change that.

This is as misleading as it is ugly. First, there is no evidence that any of these men support Pate’s proposal. And even if they did, the suggestion that because a few prominent African-Americans support a proposal, then it can’t be bad for African-Americans is laughable, repulsive and blatant tokenism.

Iowa is well known for having one of the best voting systems in the country. Secretary Pate said so in October 2016 and he has repeatedly said so since. We agree.

The right to vote is fundamental and it is the job of all our elected officials, especially the Secretary of State, to protect that right. We urge Secretary Pate, to do just that and stop using African-Americans as tokens to push his voter ID proposal.