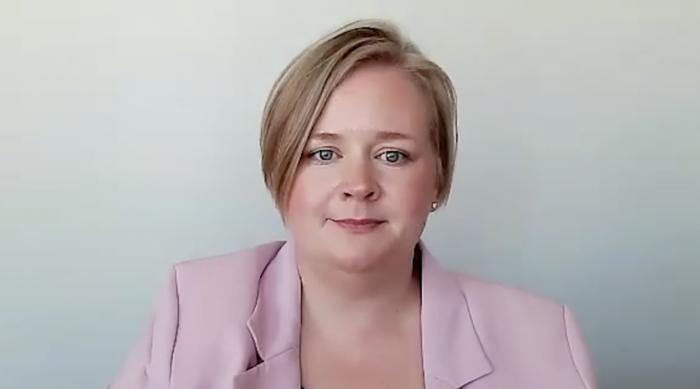 The ACLU of Iowa and Planned Parenthood North Central States announced on August 5 that they will not pursue litigation challenging Iowa's mandatory 24-hour waiting period before all abortions. The Iowa Supreme Court allowed that 2020 law to go into effect in June, when a 5-2 majority reversed the court's abortion rights precedent and sent Planned Parenthood's case back to District Court.

In a written statement, ACLU of Iowa legal director Rita Bettis Austen described the decision to dismiss the case as "extremely difficult."

But the move was wise in light of Iowa's current legal landscape. Dropping this challenge could push back by years any ruling by the conservative-dominated Iowa Supreme Court to establish a new legal standard for reviewing abortion restrictions. That could strengthen the position of Planned Parenthood and the ACLU as they fight grave threats to Iowans' bodily autonomy.

During a June 17 news conference following the Iowa Supreme Court's decision, Bettis Austen told reporters, "We are going to continue to fight this harmful and medically unjustified restriction. So the next step in this case is for us to go back to the District Court and continue our challenge under the undue burden standard."

The undue burden standard, which the U.S. Supreme Court established in the 1992 Casey decision, is a balancing test weighing limits to an individual's bodily autonomy against the state's interest in reducing abortions. In its June decision, an Iowa Supreme Court plurality of three justices temporarily put the undue burden standard back in effect in Iowa after ruling that the state constitution does not protect abortion as a fundamental right.

So why not keep fighting to show the waiting period is too burdensome for abortion seekers?

In an August 5 written statement, Bettis Austen said, "we have decided this step is necessary to focus our resources on fighting the Governor's efforts to reimpose an extreme, dangerous six-week ban and on making sure that abortion in Iowa remains legal."

Similarly, Planned Parenthood North Central States Iowa Public Affairs Director Mazie Stilwell said the plaintiffs are "intentionally shifting our time and resources away from this case to other looming battles, including the constitutional amendment stripping Iowans of their right to abortion and the Governor’s announced attempt to revive a six-week ban."

More on those fights in a moment.

One factor not stated in the news release: the plaintiffs had no realistic chance to block the waiting period.

COURT WOULD HAVE UPHELD WAITING PERIOD

A Johnson County District Court judge struck down the waiting period law in 2021, citing the Iowa Supreme Court precedent that is no longer operative. If Planned Parenthood had proceeded with the case now, the Johnson County court might have upheld the law as not presenting an undue burden on Iowans seeking an abortion.

Alternatively, since the U.S. Supreme Court has now overturned Casey as well as Roe v Wade, a District Court might have abandoned the undue burden standard for a "rational basis" standard. That's the lowest bar for the government to clear when defending a law or regulation; the state would only need to show some legitimate interest underlying the policy.

Even if Planned Parenthood and the ACLU might prevail in District Court, the case would be appealed, leading to a certain loss in the Iowa Supreme Court.

Justices Edward Mansfield and Thomas Waterman dissented from the court's 2018 decision, on the grounds that a 72-hour waiting period did not present an "undue burden" on Iowans seeking abortion. So they would surely uphold a 24-hour waiting period.

Justices Matthew McDermott and Christopher McDonald wrote in a concurring opinion this June that the court should subject all abortion restrictions to a rational basis standard. Almost any conceivable restriction, even a total abortion ban, could be construed as promoting the state's interest in protecting potential life.

That's already four votes (an Iowa Supreme Court majority) for upholding a 24-hour waiting period. Factor in Governor Kim Reynolds' newest Supreme Court appointee David May (widely perceived as a protegé of McDonald) and her earlier appointee Dana Oxley (who joined the June opinion reversing the abortion precedent), and Planned Parenthood was probably looking at a 6-1 loss sometime in late 2023 or 2024.

Only Chief Justice Susan Christensen is on record saying she would strike down the 24-hour waiting period under the court's earlier precedent.

Even more dangerous for reproductive rights, an Iowa Supreme Court ruling on the merits of the 2020 law would present an opportunity for justices to declare "rational basis" as the appropriate standard of review in abortion cases. That would doom any future legal challenge to state restrictions.

Since this case will not return to the high court, it could be years before the justices make any definitive statement about how to review abortion laws.

OTHER LEGAL FIGHTS ARE ON MORE FAVORABLE TERRAIN

As mentioned above, the ACLU and Planned Parenthood decided to focus on two other battles.

The governor has said she wants to resurrect a 2018 law that would ban almost all abortions after about six weeks of pregnancy (before many people realize they are pregnant). That law was permanently enjoined in early 2019, and Reynolds opted not to appeal at the time. She's going to ask courts for a do-over now, on the grounds that the Iowa Supreme Court no longer recognizes any fundamental right to abortion in the state constitution.

Most of my sources in the legal community do not expect this effort to succeed. Nearly six weeks after Reynolds announced this plan, the docket shows no motion has been filed seeking to lift the injunction on the 2018 abortion ban. Are the governor's team of private attorneys (representing the state in this matter after Attorney General Tom Miller refused to do so) having trouble pulling together solid arguments for bringing this law back to life? Or are they slow-walking the case to get the governor safely past the November election?

Either way, the ACLU and Planned Parenthood need to be ready to vigorously contest any motion to appeal a final decision in a closed case. The 2018 law would preclude almost all abortions after fetal cardiac activity could be detected, forcing Iowans to carry unwanted pregnancies to term or travel to other states for an abortion. Like so-called "heartbeat" laws now in effect elsewhere, the measure could interfere with life-saving treatments for ectopic pregnancies or miscarriages as well.

If Republicans maintain control of the state legislature, they may press ahead with trying to amend the Iowa constitution to declare there is no right to abortion. That scenario appears somewhat less likely now that Kansas voters have overwhelmingly rejected a similar proposed constitutional amendment. But no one should be complacent about the prospect.

Some GOP legislators may insist on moving the amendment through the Iowa House and Senate again next year. Doing so would tee up a statewide vote sometime in 2023 or 2024.

A loss might push the Iowa Supreme Court toward some kind of balancing test for abortion laws, because it would prove Iowans (like Kansans) believe their constitution protects abortion rights at some level.

While a 24-hour waiting period could survive a balancing test, a six-week ban probably would be struck down as an undue burden.

Iowa Republicans have the capacity to run a well-funded campaign. Their constitutional amendment uses language intended to conceal their ultimate goal (banning abortion). They could schedule the referendum on a date when turnout would be lower than in a general election.

Planned Parenthood, the ACLU, and allied groups will need all hands on deck to help persuade Iowans to reject the constitutional amendment. If they win that campaign, it will strengthen their legal position if and when the Iowa Supreme Court considers some new Republican-backed abortion ban, which could pass during next year's legislative session.

Although dropping the challenge to the 24-hour waiting period makes sense as a legal strategy, it's important to acknowledge how this newly-enforced law will harm vulnerable Iowans.

"It was an extremely difficult decision to dismiss this case, knowing the harms that a mandatory delay law imposes on Iowans who need abortion care. Iowa politicians should never have passed this law, which has no medical basis and only makes accessing abortion more difficult. Like so many Iowans, we are devastated that the Iowa Supreme Court allowed it to go into effect after we were earlier able to block it in court." [...]

The "24-hour" waiting period law's name is misleading because in practice, it frequently creates delays that are much longer than 24 hours. It increases costs for patients because they may have to take off even more time from work, experience additional travel time and expenses, and have to find additional childcare. For others experiencing intimate partner violence, the delay may increase the risk to their privacy and safety.

Combined with limited provider resources, "This delay can even push some patients past the point when they have the option to access medication abortion, and for others, puts abortion out of reach entirely. The law in practice can delay an abortion by several days or even by weeks," Bettis Austen said.