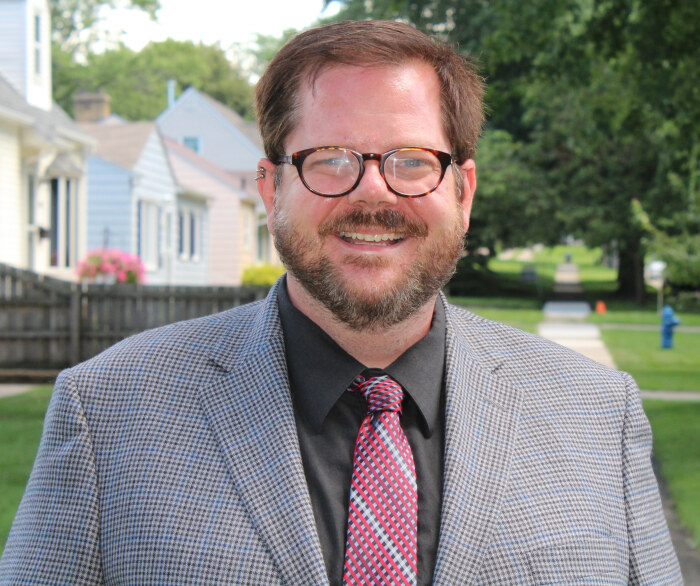 Much to celebrate this Labor Day, but more work to do

Chris Schwartz is state director for Americans for Democratic Action and a Black Hawk County supervisor.

As we celebrate workers this Labor Day, it’s important to acknowledge it’s been a rough couple of years for American workers. Working families were battered by a pandemic that caused massive unemployment, loss of health coverage and financial hardship for tens of millions of working people.

But thanks to swift bipartisan action in 2020, Congress passed historic relief packages that helped workers, extended health coverage and protected the majority of Americans from COVID-19’s worst harms.

The national unemployment rate fell from 14.7 percent in April 2020 to 3.5 percent this summer with Iowa’s rate reaching 2.5 percent.

As infection rates declined, the pandemic’s impact lingered. Rising inflation over the past year threatened recovery as people found themselves paying record amounts for fuel, goods and services.

Large corporations, seeing an opportunity to fatten profits, used pandemic conditions as a pretext for price-gouging consumers. Since the spring of 2020, corporations in the non-financial sector have raised prices by an annualized rate of 6.1 percent—a huge increase over the 1.8 percent annual price growth between 2007–2019. Over half of this increase (53.9 percent) contributed to bigger profit margins, while labor costs accounted for less than 8 percent of the increase.

In 2021, corporate profits surged by 35 percent, giving American corporations their most profitable year since 1950. But even as CEO pay and shareholder earnings soar, workers’ real wages–despite some increases– failed to keep up with the higher cost of living.

In Iowa, one of the most egregious stories comes from Tyson Food’s Waterloo plant where corporate gains were made on the backs of workers prompting a COVID-19 surge in Black Hawk County. Prioritizing profit instead of keeping workers safe adversely affected families, the community, and the health system. And of course there was the plant manager’s “morale boosting betting pool” around how many workers would get sick.

None of that has stopped Tyson from responding to a $1.5 billion operating cost increase by raising prices roughly $2 billion. Tyson's 12-month gross profit margin is estimated to be 15.6 percent.

Though corporations made more profits, they mostly didn’t pay more taxes. In 2020, for instance, 55 of the nation’s largest profitable firms paid zero in federal taxes thanks to loopholes and breaks in the tax code. That benefited their shareholders and billionaire CEOs.

Meanwhile, billionaires increased their wealth by an astonishing $1.7 trillion, or 57 percent, between March 2020 and March 2022. According to Americans for Tax Fairness, our lone Iowa billionaire, Harry Stine, increased his wealth by 94 percent over this two-year period.

Like their corporations, the ultra rich have either avoided taxes or paid a much lower rate than middle class workers thanks to special tax breaks that help them hoard their wealth. Research shows that the nation’s 400 richest billionaire families paid an average tax rate of just 8.2 percent between 2010 and 2018. Middle class people paid an average tax rate of 13.3 percent in 2019.

A rigged tax system is something we can fix. Thankfully, Congress has already started thanks to support from U.S. Representative Cindy Axne, the lone Iowa Member of Congress who voted for the recently passed Inflation Reduction Act. The law lowers the price of prescriptions, makes health insurance premiums for Affordable Care Act coverage more affordable, and cuts energy costs through its climate provisions which also reduce pollution and harmful carbon emissions.

It also makes the tax code more fair by requiring the nation’s richest corporations–those making over $1 billion in profits annually– pay a 15 percent minimum corporate tax. It provides the Internal Revenue Service with resources to track down the nation’s richest tax cheats so they will finally have to pay what they owe like the rest of us. No one making less than $400,000 a year will see higher taxes.

These improvements give us a lot to celebrate this Labor Day. There’s a lot more to do to make our system more fair and equitable but at least we’re headed in the right direction. We need a tax system with fair and consistent rules that apply to everyone, including the rich and corporations. Under that kind of system, billionaires would still be billionaires and corporations would still make a lot of profit. But both would pay more of what they owe and contribute back to the communities that make them rich, just like American workers do every day.