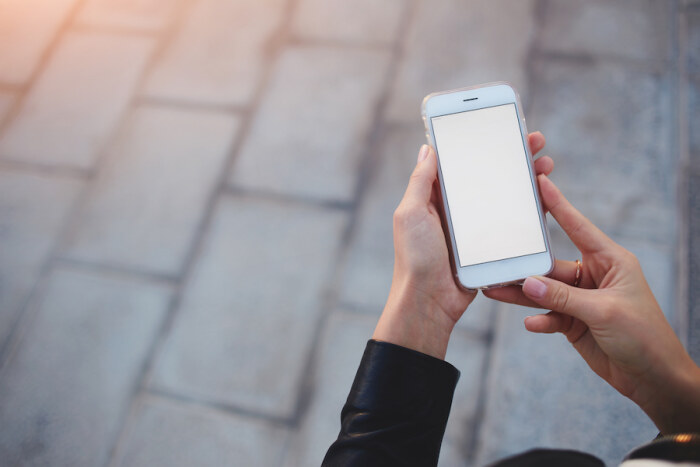 Iowa board requires "paid for by" statements on some political texts

Some political text messages are subject to Iowa's law requiring disclosure of who is responsible for express campaign advocacy, the Iowa Ethics and Campaign Disclosure Board has determined.

Members of the board, which enforces Iowa campaign regulations, unanimously adopted an advisory opinion on political text messages at a September 22 meeting.

THREE FACTORS DETERMINE WHICH TEXTS NEED "PAID FOR BY" STATEMENTS

The board's executive director Zach Goodrich drafted the advisory to clarify when text messages can be considered "electronic general public political advertising." He decided to address the issue after a mass texting campaign from an undisclosed source reached Kansas voters shortly before a constitutional referendum in August.

The relevant statute (Iowa Code section 68A.405) does not mention text messages, but says campaign materials that need attribution statements include "any other form of printed or electronic general public political advertising."

Iowa's campaign regulator has long required attribution statements on some political emails, most recently clarifying its position on that subject in 2016.

The new advisory opinion applies the same standards to texts as to emails. Text messages will be considered “any other form of electronic general public political advertising” when they meet all of the following criteria:

2. The text message is sent to 100 or more phone numbers; and

3. The text message is sent by a candidate, a candidate’s committee, a PAC, a state or county statutory political committee, or a person making an independent expenditure that costs more than $1,000 in the aggregate.

The relevant code section explains what information is required on the "paid for by" statement.

"Express advocacy" means the text is clearly calling for the election or defeat of one or more candidates for office or ballot issues. So a text that praises a politician or raises money for a campaign, without urging that the recipient vote for that candidate, would not need to disclose who paid for the texts.

Many fundraising texts already clarify which campaign is sending the message without using "paid for by" language.

IOWA CAMPAIGNS MAY USE VENMO—WITH CAUTION

At its September 22 meeting, the ethics board also adopted an advisory opinion addressing the use of Venmo to receive campaign contributions. Iowa law regulates the management of campaign funds in many ways, but does not say which methods are allowed for receiving contributions.

Many campaigns use platforms established for political committees, such as ActBlue (for Democrats and progressive causes) and WinRed (for Republicans).

After contacting Venmo for guidance, the Board was informed the service was designed exclusively for individuals and businesses. Venmo does not currently offer a service designed for peer to peer donations to non-profit organizations, including political campaigns. Instead of using their service, Venmo recommends campaigns use alternative electronic payment services such as PayPal or Braintree, which can be integrated with a campaign’s website or mobile application.

That said, Iowa law does not prohibit the use of Venmo for campaign contributions, the board's advisory notes.

Other regulations related to campaign funds still apply, however. Campaigns must hold funds "in a financial institution located in Iowa," must record the name and address of anyone contributing more than $25, and must create a dedicated Venmo account to ensure campaign contributions won't be commingled with a candidate's or campaign treasurer's personal funds.

"In order to ensure full compliance with Iowa law, we encourage campaigns to exercise caution in using Venmo to receive campaign contributions and to seek additional guidance from the Board when necessary," the advisory concludes.

UPDATE: A reader pointed out that the attribution requirement will significantly increase texting costs for some campaigns as the election approaches. I asked Goodrich whether he considered that angle.

Yes, I was aware of the potential for increased costs, primarily for those who use SMS text services and those who may have long committee names.

While I understand the concern and sympathize with their position, ultimately I believe the need for transparency and accountability outweighs the inconvenience.

I concur. Iowa voters should be informed about who's trying to influence their votes—especially if anyone tries to copy the deceptive tactics used in Kansas this summer.