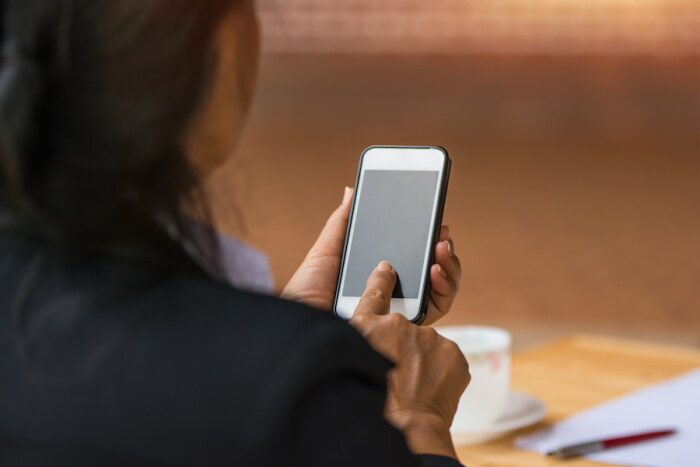 The Iowa Ethics and Campaign Disclosure Board may soon clarify whether state laws on attribution statements apply to some kinds of political text messages, the board's executive director Zach Goodrich told Bleeding Heartland.

Goodrich plans to draft an advisory opinion that would confirm when text messages are "electronic general public political advertising" subject to Iowa's law requiring disclosure of who is responsible for express campaign advocacy.

The day before Kansans voted on a state constitutional amendment regarding abortion, thousands of text messages sought to mislead voters about their options. As Katie Bernard reported for the Kansas City Star, the texts asserted, “Women in KS are losing their choice on reproductive rights. Voting YES on the amendment will give women a choice. Vote YES to protect women’s health.”

In fact, a "yes" vote would have enabled the Kansas legislature to ban abortion. The win for "no" preserved a Kansas Supreme Court ruling that found the state constitution protects abortion rights.

The texts did not disclose who paid for the false communication. The Washington Post's Isaac Stanley-Becker traced the messages to a political action committee led by a former U.S. House Republican.

I sought comment from Goodrich: Would it be permissible under Iowa law for texts not identifying any campaign committee or organization to urge voters to support or reject a statewide ballot initiative?

He explained via email on August 3 that the Iowa Code section on attribution statements requires disclosure of who paid for the message "on materials expressly advocating for candidates and for ballot issues. Unlike Kansas, our laws and administrative rules don't have different attribution standards for ballot issue campaigns as opposed to candidates campaigning for elected office."

That passage reads in part,

However, Goodrich noted, "it is not clear in Iowa Code section 68A.405 that text messages are required to have attribution statements on them." He has not found "any formal guidance from our agency" addressing that issue.

The closest approximation was an advisory opinion the Iowa Ethics and Campaign Disclosure Board issued in 2016, which established "a bright line rule for when an attribution statement on an email is required." (The board had already determined in 2000 and affirmed in 2006 that email messages can qualify as "any other form of printed general public political advertising," which the code includes under its definition of "published material.")

Goodrich said he was surprised the board hasn't weighed in on text messages. He anticipates "drafting an advisory opinion to apply the same criteria to text messages that the 2016 opinion established for emails." That opinion requires attribution statements on "any email that meets all of the following criteria":

The draft would be ready for the six board members to consider at their next meeting, which hasn't been scheduled but will likely occur in September. 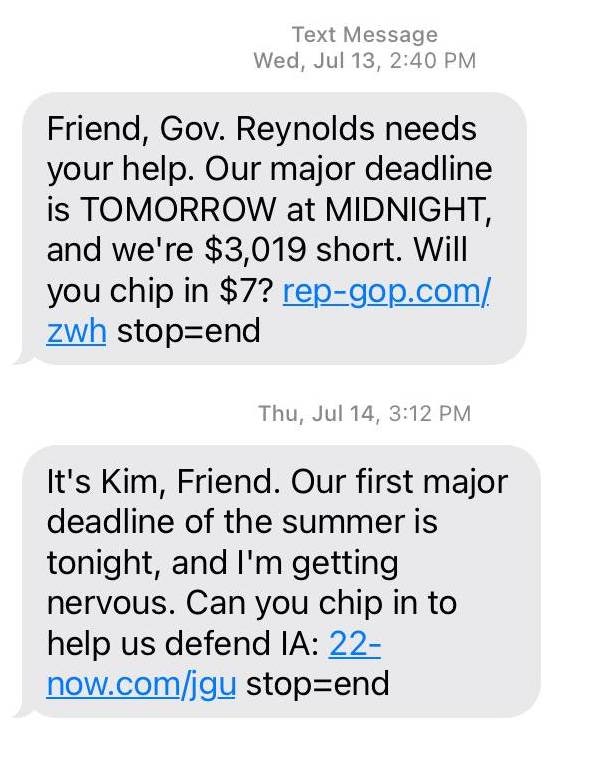 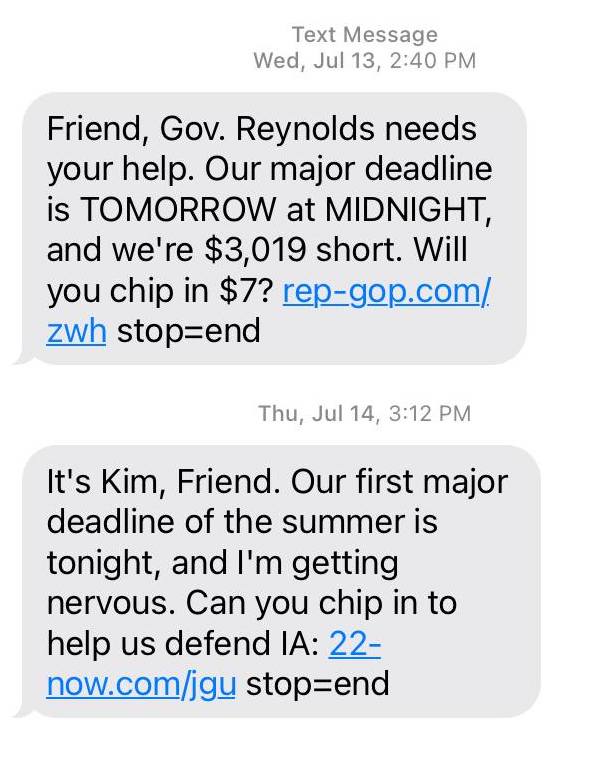 Nevertheless, the agency that enforces Iowa's campaign disclosure laws may wish to leave no ambiguity about whether attribution is mandatory for text messages advocating for or against a ballot issue. Iowans will vote on a controversial gun-related constitutional amendment this November and could vote on an abortion-related constitutional amendment as soon as next year, if Republicans maintain control of both state legislative chambers.

Bleeding Heartland also asked Goodrich whether anything in Iowa law forbids misleading texts like the last-minute blitz in Kansas, which lied to voters about what a "yes" vote would mean.

Goodrich replied, "If there is a prohibition on sending misleading/false text messages such as what was sent to Kansans, it is not found in Iowa Code chapter 68A or 68B," the statutes the ethics board is charged with enforcing.

The Iowa Attorney General's office spokesperson Lynn Hicks likewise was unaware of any code provision that would address this unethical campaign practice. "Political speech is broadly protected and if there is nothing with the sale of merchandise or services, it is hard for consumer law to apply," he explained.

False political speech is protected under the First Amendment, the U.S. Supreme Court has found. The Federal Trade Commission's regulations regarding fraudulent commercial advertising "don’t apply to political ads," Alex Baiocco explained in a 2020 blog post for the Institute for Free Speech.