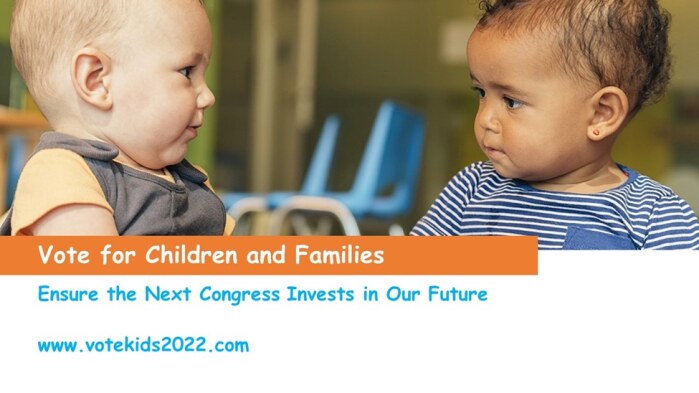 Charles Bruner served in the Iowa legislature from 1978 to 1990 and was founding director of the Child and Family Policy Center from 1989 through 2016. For the last six years, he headed a Health Equity and Young Children initiative focusing on primary child health care for the Robert Wood Johnson Foundation. He is working with other child policy advocacy leaders and experts in the field to raise these issues in Congressional midterm election campaigns. Find more information about their fund: www.votekids2022.com.

The Iowa Democratic Party's Progressive Caucus adopted a resolution that calls for Democrats and the state party to “reclaim” the label “pro-family.”

That resolution (enclosed in full below) is in direct response to Governor Kim Reynolds' rhetoric implying that only the Republican Party believes “parents matter” and that Republicans are leading a “pro-family” agenda.

Clearly, elected Republicans and Democrats in Congress and in Iowa have become distinct camps on a broad spectrum of issues – including gun control, abortion, voting laws, LGBTQ rights, global climate change, and who is taxed to support public investments.

This divide now extends to child and family policy issues, which in the past have led to much more bipartisan agreement. The caucus’s resolution expresses this – including in relation to financing public education, where states play the greatest role and devote the largest share of their budgets.

The current situation raises an important question: can those who engage in child and family policy advocacy continue be effective doing so solely on a bipartisan basis? While it may be possible to find consensus across the political aisles in statehouses and Congress on some specific, small pieces of legislation, the chasm between elected officials in the two parties is huge on many important issues. Those include providing family leave, supporting public education and valuing those who teach, investing in child care, addressing child poverty and family security, and providing the public infrastructure to give all children the opportunity to succeed.

We need to think about what issues Democratic candidates should raise as they seek election. Many Democratic campaign consultants exhort candidates to limit their exposure and focus upon what have become “tried and true” (albeit not particularly successful) appeals to voters on the basis of economic development, Social Security and Medicare, and fiscal responsibility.

I don’t think those are winning issues, because they are old and they sound rehearsed – not bringing out the passion of either the candidate or the people the candidate is seeking to attract.

Republicans are much more out front on child and family issues, even speaking with passion and conviction about them, as is evident from Reynolds' campaign. The Progressive Caucus’ call is for Democrats to engage Republicans on this field.

Governor Reynolds has asserted that parents are very disturbed about Iowa public schools “indoctrinating their children” and government needs to restrict what schools should teach. In particular, parents need more choice, through vouchers, to educate their children at private schools, which in effect undermines public education.

The Republican Party of Iowa's platform includes the following planks on this subject:

Several planks in the Iowa Democratic Party platform (there are 600 of them), in effect say the opposite:

In reading these platforms, a policy wonk can see the parties have very different visions for public education. However, one conveys some passion, while the other appears as a laundry list.

At the state level, although Reynolds was was unable to get her plan for redirecting $50 million in education funding to vouchers through the Iowa House this year, she has vowed to do so if re-elected. With the governor's help, GOP candidates defeated several Republican House members who would not support her proposal in the June primary.

Equally important, Republican legislators passed a tax cut package that, when fully phased in, will reduce state revenues by 20 percent. Since the majority of state appropriations go to education, the tax changes will likely devastate the resources available for public education, with Iowa already lagging other states in per pupil expenditures on K-12.

In 2021, Iowa Republicans enacted legislation that seeks to limit classroom instruction and government diversity trainings on teaching certain concepts, such as that America is systemically racist or sexist, which Reynolds called “discriminatory indoctrination.” Every Democrat state representative or senator opposed these actions. The lines have been drawn.

At the federal level, President Joe Biden and Congress, with no Republican support, acted to make transformational investments in child care, paid family leave, public schools, home-and-community-based services for children with special needs, and the child tax credit. The latter alone reduced child poverty by 40 percent. They put forth an agenda to support public education through fully funding the Individuals with Disabilities Education Act and expanding support for Title I and community schools, which Republicans unanimously opposed.

When Republicans were in control of Congress and the presidency in 2017, they unilaterally enacted tax cuts hugely directed to the wealthiest in society, which increased the national debt. What is happening in Iowa on public education and support for children and families is happening in Congress.

These issues matter to Iowans. Right now, however, the Republican Party and its candidates are the ones clearly promoting themselves as the party of parents and families. Democratic candidates should welcome this and take them on, as the Progressive Caucus resolution recommends. Being silent cedes the ground where public dialogue is most needed. 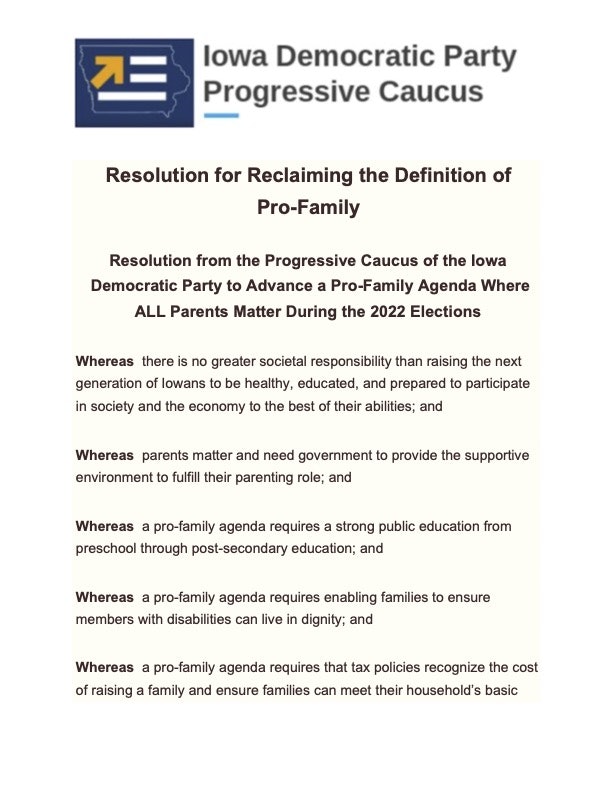 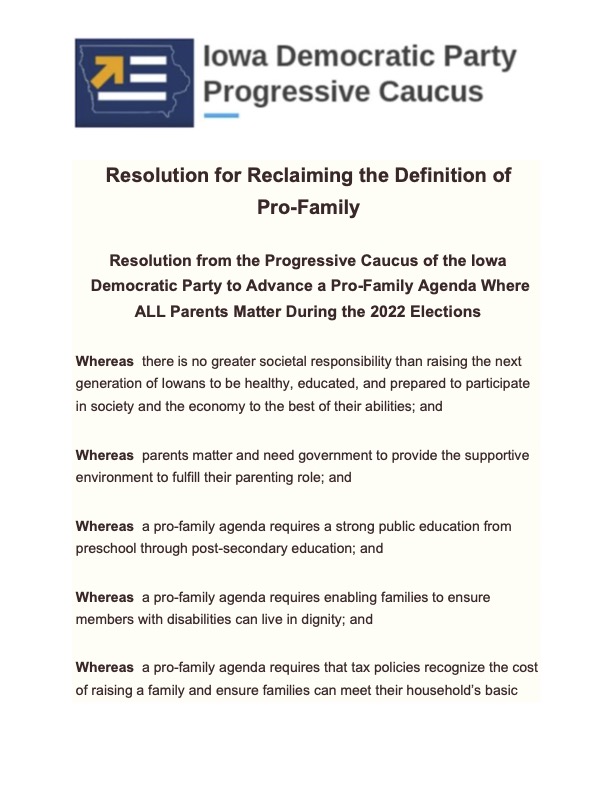 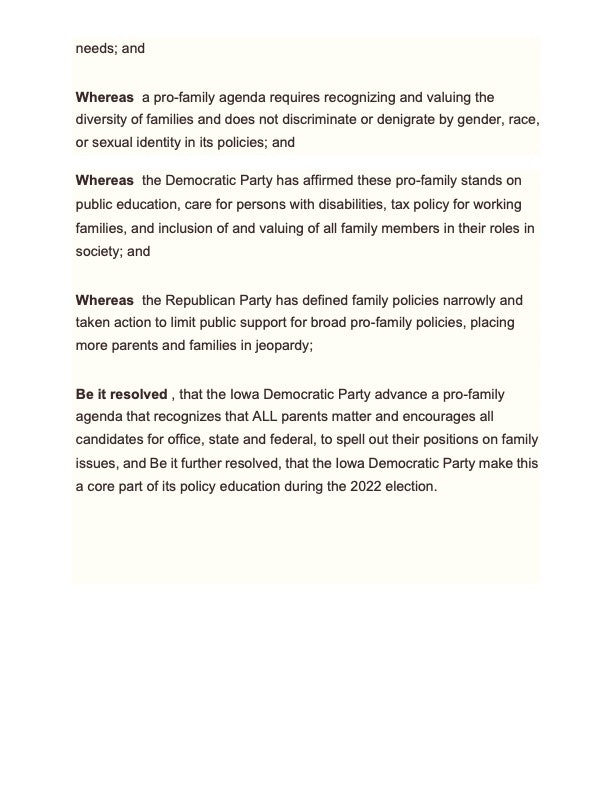 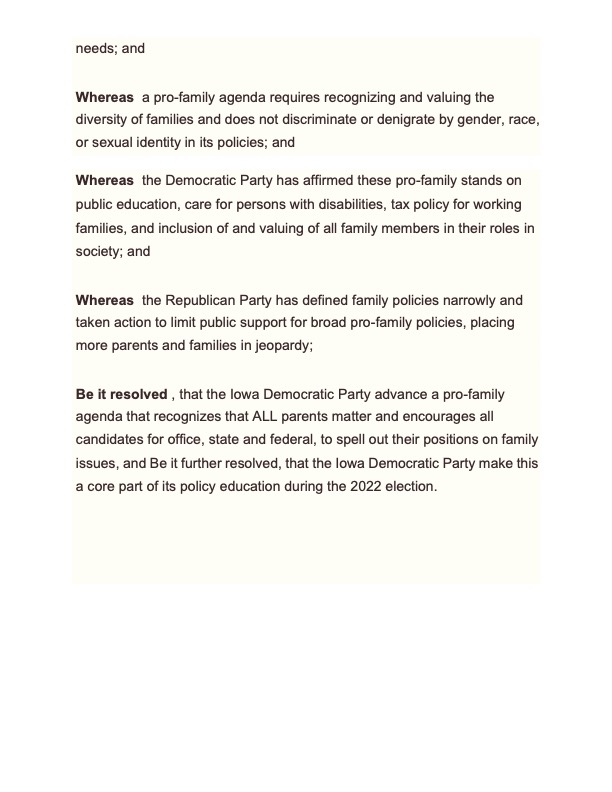