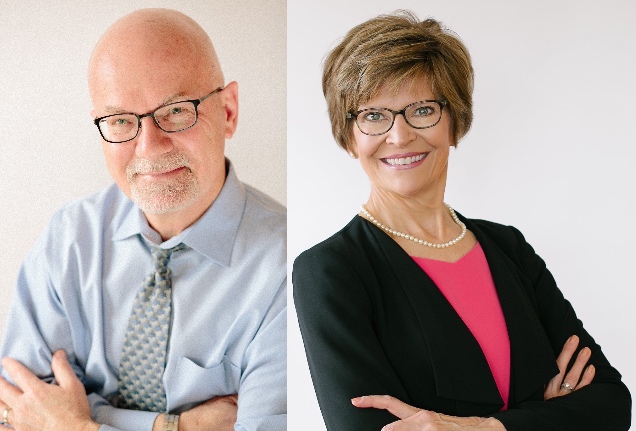 Does taking a public oath of office mean anything?

John and Terri Hale own The Hale Group, an Ankeny-based advocacy firm focused on making Iowa a better place for all. Contact: terriandjohnhale@gmail.com.

It was October 1973. A recent college graduate took the oath of office as an employee of the federal government in Ottumwa, Iowa. He swore to “…support and defend the Constitution of the United States against all enemies, foreign and domestic….”

He would spend the next 25 years as a public servant focused on Social Security and Medicare, working with colleagues across the nation to make complex laws understandable and to ensure that people were treated fairly and served well.

That young man was one of this column's authors.

During those 25 years, he rarely paused to reflect on the oath he took. He assumed his work wouldn’t be impacted by a foreign or domestic enemy.

But in 1995, Timothy McVeigh changed that. He was a domestic enemy who expressed his anger at the federal government by bombing the Murrah Federal Building in Oklahoma City, killing 168 people (among them nineteen children), including peers of this co-writer who worked for the Social Security Administration.

Fast forward to January 6, 2021. Millions watched the storming of the U.S. Capitol as an estimated 800+ domestic enemies expressed their anger. For the past several months we’ve watched the hearings of the House Select Committee explore that day, what led to it, and the role played by ex-President Donald Trump and his allies.

Congressional members also take an oath of office. Their oath includes the same language asked of federal employees, to “…support and defend the Constitution of the United States against all enemies, foreign and domestic….”

Have they fulfilled their oath?

On January 6 and in the following days, numerous Republican members of Congress denounced Trump. Many condemned his words to the crowd before, during and after the storming of the Capitol, and his refusal to take swift action to quell the uprising. Senator Mitch McConnell accused him of “a disgraceful dereliction of duty.”

But then what happened? Time passed. Members saw polling data showing the ex-president continued to be supported by most in the Republican party. Criticisms slowly disappeared as members saw political advantage in backing off. Their words softened, their horror muted. Their backbone disappeared.

They’ve kowtowed to a person who failed to keep America safe; who was willing to do or say anything to hold on to power, and who called rioters at the Capitol seeking to take hostages or to kill elected officials “great American patriots.” A distinguished conservative Republican federal judge (now retired) recently referred to Trump as a “clear and present danger.”

By accepting the ex-president's lawlessness, Republicans enabled him to become more belligerent. He recently called President Joe Biden “an enemy of the state”, referred to his foes as a “vile and vindictive class,” and branded the FBI as “vicious monsters.” His words further splinter the nation, feed the appetites of his followers prone to violence, and threaten the very existence of democracy.

That public oath of office our elected representatives took has taken a back seat to the private oath they took to their party and to themselves: to do whatever it takes to get and keep their party in power and themselves in office. They put party over country, personal interests ahead of those they are elected to serve.

We shake our heads in disgust about their priorities and their lack of conscience.

Does taking a public oath of office mean anything? It hasn’t to our Republican senators and representatives in Washington, who lacked the courage to confront an ex-president abusing his power. And that’s a powerful reason for voters to replace them.

Top photos of John and Terri Hale provided by the authors and published with permission.