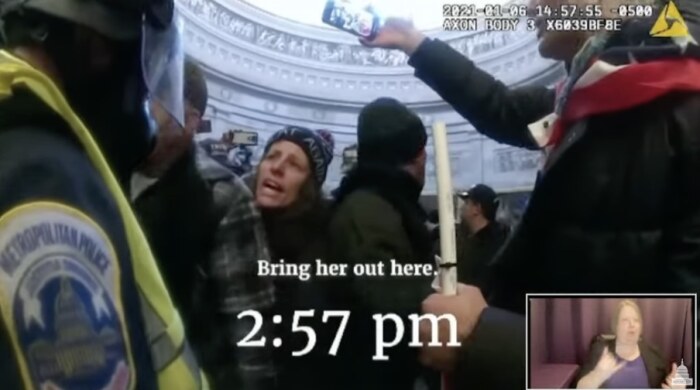 This election is saturated with anger

A few times during my career, a problem-solving meeting morphed into a scene from the Walking Dead.

Adrenaline surged and the sides shifted into attack mode. Anger trumped reason. Both sides worked to score a knockout. By the end, no one remembered why we met. Everyone was hungover from anger and worn out from attacks. Nothing was solved.

What happened in those meetings reminds me of what our elections have become. Based on recent polling, it’s not a surprise.

According to a recent NBC News nationwide poll, 80 percent of Democrats and Republicans "believe the political opposition poses a threat that, if not stopped, will destroy America as we know it.”

If that poll is accurate, the outcome of the midterm election may depend on which side is angrier. It also means neither party will ever make a deal with the devil on the other side, and this political anger could spark more violence.

The attack on Paul Pelosi by a home invader determined to find his wife, House Speaker Nancy Pelosi, could be more than one person letting his anger control his judgement. That brutal attack may be a precursor to future violence if the elections don’t turn out like election deniers want.

Words matter. And we’ve already seen that over-the-top words caused a mob to attack the U.S. Capitol to stop the peaceful transfer of power after a democratic election. That same anger has caused 300 election deniers to be on the November ballot for various offices. Democracy is at risk.

This anger-saturated election will prevent problem-solving unless the middle from both parties rises-up and votes in the interest of democracy. Solving the country's problems will require serious people working together.

Based on the campaign ads from both sides, I’m not seeing much focus on bipartisan solutions. Granted, these are the final days of what promises to be a razor thin election, and this is always the "silly season.” But the attack ads came out quickly and linger still.

Republican ads call Democrats “too liberal for Iowa.” Democratic ads call Republicans extremists. The middle is absent, and the word “compromise” is missing.

If someone parachuted into this election, they’d think every Republican was running against President Joe Biden. “Biden inflation,” is the attack leveled at every Democrat at every level.

Never mind, inflation is a global problem and Biden isn’t president of the world. Republicans expect voters to believe that Iowa legislative candidates can solve a global crisis. They can’t.

But the attacks don’t stop at the legislative level. Republican attorney general candidate Brenna Bird wants voters to “Give Biden the bird,” in a crude play on her last name. Her ad also implies a main function of the job is to sue the federal government.

Republicans don’t offer solutions. They offer only anger to please their base, with a focus on inflation, border policy, and a few culture war issues like Critical Race Theory.

Based on their legislative record, Republicans are angry at public school teachers, public schools, LGBTQ kids, women who might need an abortion, unemployed people, people who think it’s safer to get vaccinated and wear masks, and of course Democrats.

Democrats are angry at MAGA red hats who deny the last election. When moderate Democrats reach across the aisle, their hands are often bitten by the left of their own party.

So, what's the solution? The key is voters who demand statesmanship over anger. Voters must stop reacting to red meat appeals and start voting like compromise isn’t a dirty word.

The middle can’t sit this election out. If that happens, the extremists win.

When a prince emails and says he’ll share a million dollars if we send our banking information, common sense tells us it’s a scam. We need to use the same logic about politics. If the attack seems over the top, it is. If the promises seem too good to be true, they are.

Vote like democracy depends on it. Because it does.

Bruce Lear lives in Sioux City and has been connected to public schools for 38 years. He taught for eleven years and represented educators as an Iowa State Education Association regional director for 27 years until retiring.