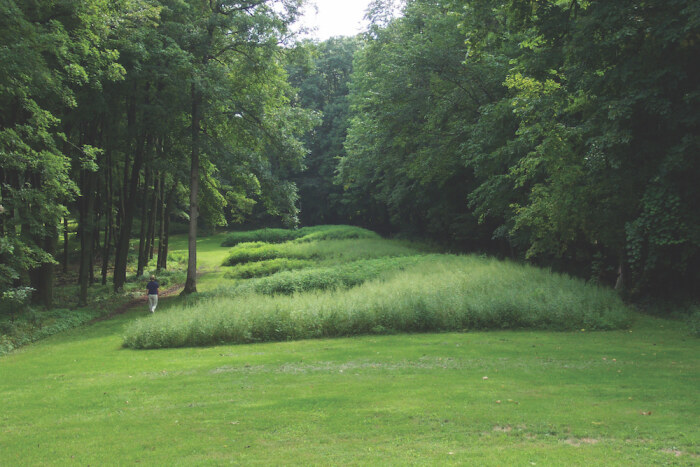 By the time you read this, Native American Heritage Month will be almost over. I admit I missed most of it again this year, too. I wouldn’t have known except for seeing a banner on the Washington Post website, calling special attention to Native American articles during November.

Why is there so little education in the U.S. about Native Americans? Possible causes include ignorance, oversight, pedagogy obstacles, and fear. Undoubtedly, it’s a blend.

By and large, I had an exemplary Iowa education, both K–12 and college. There were gaps, naturally, the challenge of pouring content “gallons” into quart-size schedules and maybe pint-size minds. Information not absorbed is apt to be more my doing than shortcomings of curriculum or educators. Yet, there was shockingly little about Native Americans as primary subject matter.

My belief is that our community would benefit greatly from more accurate, accessible information—facts, stories, lectures, activities—focused on people who lived in our region for millennia before Europeans arrived. Family members and I have discovered hundreds of Native artifacts testifying to their lengthy tenure: arrowheads, knapping chips, stones showing signs of use and wear, etc. According to the best Information available, this accumulation spans some 8,000 years, although professional verification is lacking.

My hope (expressed publicly, so you can hold me to it) is to address my/our knowledge gap, however modestly, during future years, through these columns and other various activities. Here's a start: Within roughly 100 miles of our home are numerous sites that can lead to enhanced awareness of Native American history and culture. Iowa sites include the Meskwaki Settlement in Tama County; Fort Atkinson State Preserve in Winneshiek County; Abbie Gardner Sharp Cabin in Arnolds Park; and Effigy Mounds National Monument near Harpers Ferry.

Southern Minnesota locations include Reconciliation Park in Mankato and the Treaty Site History Center near St. Peter. An additional site, Fort Severson, in rural Carpenter (Iowa), is within a stone’s throw of our home. Many readers have access to these or to comparable educational assets. It’s time to travel again.

We obviously should also turn to shelves of books and insightful authors. I will develop a reading list and note with embarrassment, some books I might recommend I own but haven’t yet read. Two favorite authors, Hamlin Garland and Frederick Manfred, wrote extensively about Native Americans. Manfred’s Conquering Horse, set in the Midwest circa 1800, and Scarlet Plume, about the Dakota War of 1862, are examples of Native American history brought to life through fiction. Local libraries and librarians can be remarkably helpful with other suggestions.

I spoke with Barb Schwamman, superintendent of Osage and Riceville community school districts, about exposing students to Native American themes. She noted that students often learn best through experience, but teachers are skittish about emphasizing multiculturalism when elements of society are pushing back. A loose paraphrase: “Schools will adapt… and communities must adjust. We welcome greater diversity. It’s a matter of when, not if.”

I also emailed a dedicated local high school teacher, whom I quote:

We read (Native American) texts in American Lit (and students) discuss Native Americans and various battles in U.S. History, along with units/discussions in elementary and middle school.

There’s room for growth… but we have a few short stories that students can choose… (and) a handful of Native American novels students can read.

I wonder whether students not selecting those optional readings would benefit the most.

There are seeds of optimism in these accounts. Expect more on this topic in the future. I hope we might make this journey together.

Top photo of Marching Bear Mounds in Summer is a public domain image from the National Park Service, taken at Effigy Mounds National Monument in Iowa.