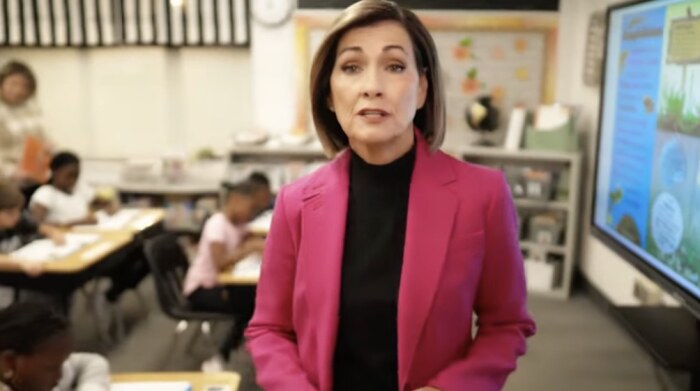 Whose priorities for Iowa?

Editor's note: This post has been corrected to note that Priorities for Iowa, Inc., a group that does not disclose its donors, was responsible for the television ad buy.

Nick Covington is an Iowa parent who taught high school social studies for ten years. He is also the co-founder of the Human Restoration Project, an Iowa educational non-profit promoting systems-based thinking and grassroots organizing in education. This essay first appeared on Medium.

On January 9, Priorities for Iowa, Inc., a 501(c)4 organization in Des Moines, announced a six-figure ad buy in support of Governor Kim Reynolds’ school voucher program. The super-PAC Priorities for Iowa Political Fund is registered at the same address.

Priorities for Iowa claims to have the interests of Iowa parents at heart, but a brief look at the super-PAC's donor disclosures tells us otherwise.

According to OpenSecrets.org, a nonpartisan nonprofit who tracks money in U.S. politics, in 2020 the largest donation to Priorities for Iowa Political Fund, $750,000, came from billionaire hedge fund manager Kenneth C Griffin, founder of Miami, Florida-based hedge fund Citadel LLC. Griffin is one of the top 50 wealthiest individuals in the world today. Similarly, the largest donation of the 2022 election cycle came from the managing partner at Oak Hill Capital, a New York private equity firm. 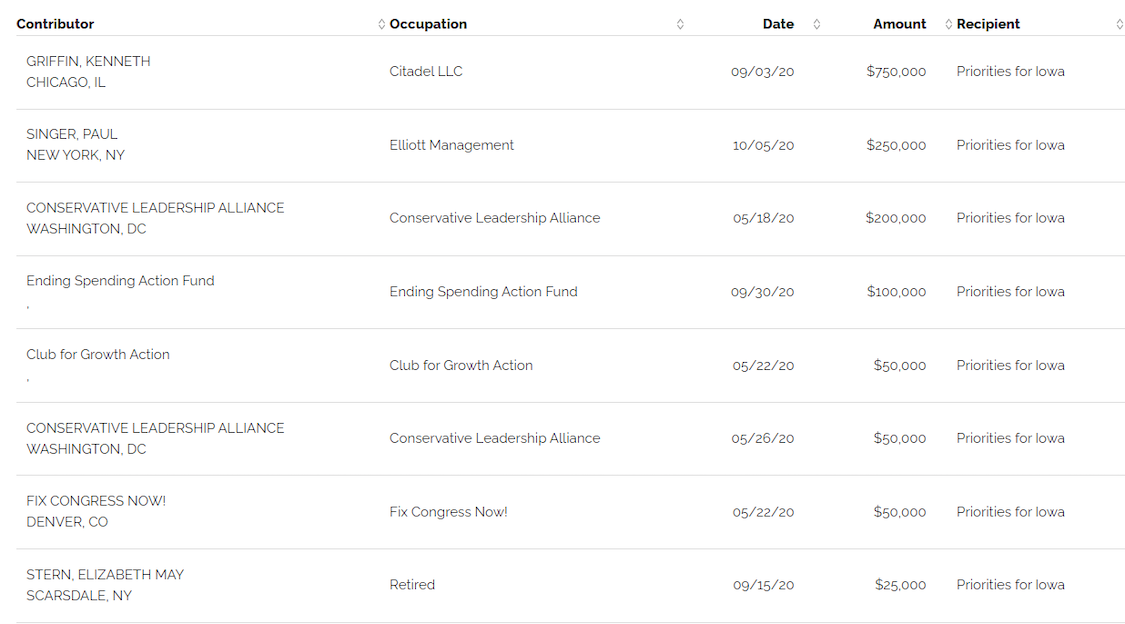 By the end of the 2022 legislative session, the Republican majority in the Iowa House failed to pass legislation championed by the governor that would have created taxpayer-funded Education Savings Accounts to pay for private schools. When likely Iowa voters were polled by Data for Progress in July 2022, 71 percent of respondents, including a majority of self-identified Republicans, agreed that public schools need to be funded and protected to continue to serve their communities. Only 21 percents of respondents agreed that resources should be shifted to private alternatives. When asked specifically about state-funded scholarships to subsidize private school costs, 60 percent of respondents opposed them.

As an Iowa parent of public school children, I’m concerned about the outsized influence of out-of-state money on Iowa politics. I’m also wary of the interest that hedge funds and private equity firms have in desiring the tax dollars that educate all of our kids. Especially considering that as far back as 2016, the National Education Policy Center warned that “the charter industry as a whole is beginning to resemble a playground for private equity.” When it comes to turning a profit off of our children’s education, whose programs will be the first cut? Whose buildings will close?

I hope Iowans will be smart enough to think twice about whose interests are represented in the ads you’ll see this spring promoting the governor’s education bill. If you want to know who these voucher programs are made for and whose views on schooling are represented in the Iowa statehouse, look no further than the New York and Florida hedge fund billionaires who plan to use our tax dollars to remake the Iowa education system in their image and for their profit.