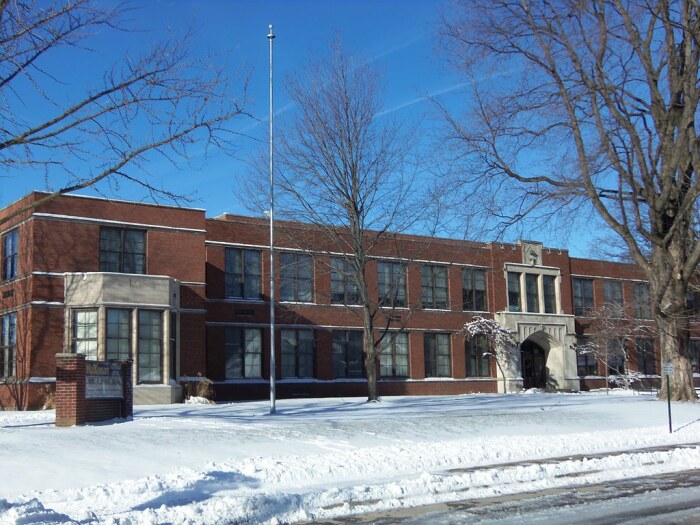 Due diligence on school vouchers

Susie Petra is a retired educator and longtime state and community activist.

I assume you and I share the value of education. And I'd like to believe Governor Kim Reynolds and state legislators believe in our country’s democratic republic form of government, as I do. That involves being informed about education systems: what works, what doesn’t, and why public schools are important and necessary.

It appears that the governor and her supporters have not done due diligence when it comes to the latest "school choice" plan. Let me help.

In the 1950s, 1960s, 1970s, and into the 1980s, our public schools were the envy of the world. Countries tried to emulate ours. Sweden developed their public educational institution to be a source of national pride as well. Andreas Schleicher, head of the directorate for education and skills at the Organization for Economic Co-operation and Development, stated that Europe looked to Sweden as the gold standard for education.

But in 1992, lobbyists for the privatization of schools (sound familiar?) convinced Sweden's conservative government that radical reform was necessary. They said privatizing was the answer, and a voucher system, using public funds, would give parents “freedom of choice.”

Sweden’s voucher system turned 30 last year, and it is an abject failure! Iowa needs to take note and not make the same mistake.

Lisa Pelling, political scientist and head of the Stockholm think-tank Arena Ide, wrote last May that Sweden's policy “has wrought a vicious circle of inequality and underperformance.” At the same time, “Many investors in privatization have made a fortune running these publicly-funded schools in Sweden.”

Pelling noted, "school boards across the country are increasingly aware that the owners of private schools treat them as profitable businesses—at the expense of the public schools.“ Some hedge-fund owners running many publicly-funded private schools have made a fortune. One owner “sold her shares in her school empire to American investors a few years ago,” earning 30 million Euros.

Nearly 20 years of data from the U.S. indicates that sending students to a charter school has a serious downside: the schools do not stay open for very long. Jeff Bryant of the Independent Media Institute wrote in 2020, “More than 1 in 4 closed after just five years; after 10 years, 40% of charter schools were shuttered; after 15 years that rate rose to about 50%.” His report analyzed data from 1995 to 2019 and found that nearly 1 million students were affected by such closures.

“So what happens to students when they’re booted from a failed charter school?” Bryant asked. His research showed “students whose education is disrupted are more likely to experience lower engagement, poorer grades, higher dropout rates. Learning outcomes for younger students, in particular, are often deeply affected…”

Bryant quoted the Network For Public Education, which found such closures are especially disruptive when they occur mid-year. The 2020 report also revealed that “the newer the charter school, the riskier it can be,” with 36 percent of the charter/private school closures happening within the first two years, and 23 percent happening during the third and fourth years after opening.

Recall that we all learned during the COVID-19 pandemic about the consequences of disrupting a student’s education.

John Oliver explored the mismanagement of charter schools in this video from 2016. The details are edifying and shocking.

Having this information, one has to ask: Why are the governor and many Republican legislators so insistent on using public funds to support a private education system?

As they say, "follow the money." Some people will make millions. Not only will some third party be hired to manage the "education savings accounts," for-profit schools are a systematic way to transfer billions of our tax dollars into the coffers of “educational entrepreneurs.”

Those profits can, in turn, be used to finance candidates who support further gutting of our public schools, transferring even more of our tax dollars to private schools and their shareholders.

The goal of privatizing education isn’t to improve student achievement; it is to siphon taxpayer money out of public schools, and into the hands of wealthy donors and investors.

Reminder: these schools are mostly unaccountable to the public.

Shrinking dollars for public education does not prepare our children for the future. By using the word “choice,” the governor willfully misleads us.

Public schools are our democratic experiment of Inclusion, integrating our community, our society. The private or charter models are more about exclusion and transferring public wealth for private profit. Diverting public funds will undermine our communities, rural and urban, as well as our students.

Before the Iowa House and Senate vote on the governor’s bill, which by her staff's estimate would cost $918 million in the first four years alone, state lawmakers need to study the results from places which have reduced public education funding to prop up private schools.

I expect our elected representatives to listen to the voice of Iowans, who favor keeping public dollars in public schools.

Top image: McKinley Elementary School located in Davenport, which is listed on the National Register of Historic Places. Photo from 2012 by Farragutful, available via Wikimedia Commons.