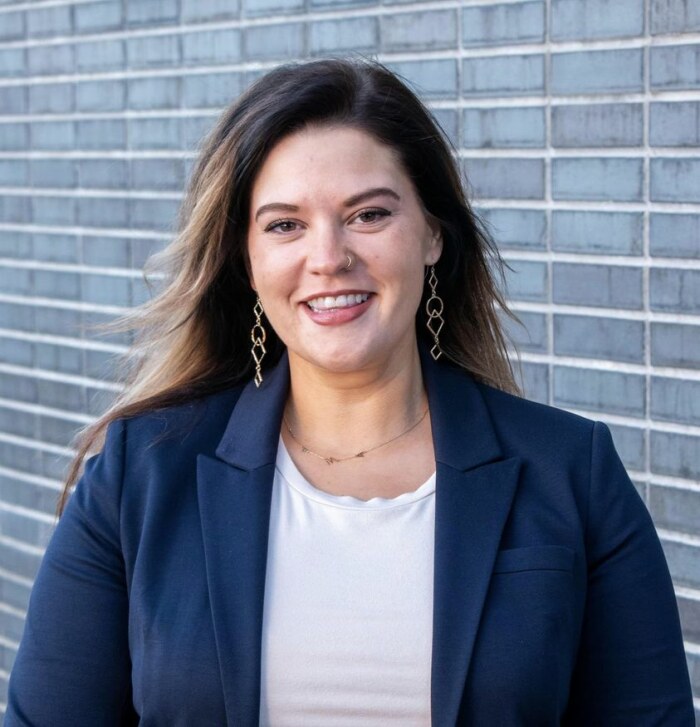 Brittany Ruland: The only choice for Iowa Democratic Party chair

Glenn Hurst is a family physician in southwest Iowa and chair of the Iowa Democratic Party's Rural Caucus. He was a Democratic candidate for U.S. Senate in 2022.

The Iowa Democratic Party is about to choose its leadership after another round of disappointing losses to Republicans at the ballot box.

Democratic candidates lost every statewide race except for state auditor. Iowa’s U.S. senators both hail from the Grand Old Party. Republicans now represent every U.S. House district in Iowa. Republicans hold large state Senate and House majorities and can run the table. And Iowa courts are stacked with conservative judges. The Democrats have lost...resoundingly.

None of these situations were sudden unexpected blows. Rather, the trend has been building for at least the last three election cycles. The one takeaway all Democrats should agree on: business as usual is not working.

- the loss of the current chair, who will not be seeking re-election;

- the loss of the support of major donors who have retreated to funding pet projects rather than the party;

- the departure of a long-serving treasurer and CFO;

- and the loss at the hands of the Democratic National Committee, which is ending Iowa’s first-in-the-nation status for presidential races.

The time is ripe for change.

One of the most profound voices for change comes with a history of success to back up her credentials. Brittany Ruland, the progressive candidate for state party chair, has a vision for change that is fresh, exciting, and a tradition of success. Fresh off a victory as campaign manager for State Senator Sarah Trone Garriott, who unseated Iowa Senate President Jake Chapman, Ms. Ruland has the political chops and experience needed to lead the party.

Her experience in Iowa, where her candidate, Bernie Sanders, turned out the most supporters for the 2020 caucuses, is invaluable for understanding how to reach voters. She personally organized across 26 counties in Iowa’s fourth Congressional district, the most conservative part of the state. She previously organized for Sanders in 2016 in Idaho, where their efforts in a deep-red state achieved the largest caucus turnouts in that state's history.

She brings the unique experience and skill set of leading large teams of organizers across the country during the 2020 presidential general election. She led a ground organizing team contracted through Vote Blue, based out of Philadelphia, including more than 225 canvassers and directors. She has the organizational skills, national relationships, local engagement, and proven record that should give Iowans confidence in her ability to lead this party back from the edge.

The clear message is: It is time to do something TRULY different!

Of the candidates, Ruland’s record speaks for itself. She has learned from the lessons of losses in Iowa; such as Rita Hart’s campaign for Congress, which lost by just six votes; Cindy Axne’s defeat in the third Congressional district, and Josh Turek's win by six votes in an Iowa House race in Council Bluffs. Ruland is uniquely qualified because she converted those lessons and her experience with year-round engagement and relational organizing into victory.

Ruland understands that a big-tent party will need to grow and change. We must be ready to partner and embrace new relationships with like-minded organizations, not just find new ways to court old donors. We must face and embrace the new reality of how state parties are funded. With the old money gone, Ruland knows how to build new coalitions.

We must also practice new methods of engaging rural voters. Creative coalitions are where a new generation of activists, volunteers, and donors will be found. Ruland knows this from the multiple campaigns she's managed, which outraised their opposition. Her tactics funded well-rounded campaigns that were financed by predominantly local Iowa small-dollar donors. Remember, her candidate, Sarah Trone Garriott, raised money and won against the big GOP dollars of Jake Chapman.

The problems can't be solved solely by recruiting individuals. Beyond elections, leadership, and self-sabotage, Democrats have also repeatedly failed to produce messages that inspire Iowans. This, coupled with supporting predominantly urban candidates, some of whom were essentially Republicans with the letter D after their name on the ballot, contributes to the Iowa Democratic Party's failure to convince anyone that they have better solutions for Iowa and the nation.

It should not shock anyone that in the current climate of failure, some within the Iowa Democratic Party are focusing on salvaging lost relationships with big-money donors, as if a different approach to them would mean “doing something different” with regards to party organizing. They confuse changing the party’s organization with changing the way we organize for Democrats.

The recently proposed reorganizing is just a different way of doing the same old thing, expecting different results. The old, failed model may support the continued few small victories of individuals in the big counties, but it fails so many other Democratic candidates and Iowans.

The big money model will continue the traditional neglect of rural Iowans where there is no investment in messaging or money, but where we insist; we care. It is a model where control of the money means control of the message and the candidates. It is where statewide fundraising is funneled to urban candidates and organizing, and the message is, “Hey, we are practically Republicans.”

Over and over, Democratic Party organizing has revolved around putting huge efforts behind candidates in “safe” districts and leaving scraps, kind words, or nothing at all for rural organizing.

Instead of making dramatic changes to engagement with the volunteer base of the party, instead of stressing inclusion, and instead of moving toward proven grassroots year-round organizing, these forces are attempting to consolidate power into a steering committee that is divorced from the growing number of voices that are demanding change.

This consolidation of power and wealth likely comes with legal risk for the party. It puts two people (the Iowa House and Senate minority leaders) who already control the Senate Majority and House Truman funds in a position to control the Iowa Democratic Party’s overall finances as well. This is a conflict of interest, which could spur protracted legal battles and lead to the party's further demise.

There is no reality in which it makes sense to have a steering committee conduct business as usual. With the loss of the first-in-the-nation caucuses, the reality is that national donors have lost interest in Iowa. The old money is gone! Even large in-state donors are directing their contributions to outside organizations such as the Hughes Project.

But there are voices for change!

The evidence clearly points to abandoning the old way of running campaigns and committees and starting fresh with new leadership. Support for this necessary change comes from the new young leaders within the Iowa Democratic Party’s State Central Committee. Activists with a vision for the future can be found in the Disability Caucus, Progressive Caucus, and the newly formed Climate and Arab-American Caucuses.

Along with forward-thinking leaders in the Senior Caucus and from the District Committee Representatives, these voices for change should be heeded, not sidelined with a structure that the incoming state party chair has had no opportunity to structure according to their needs.

This is why my support, as the chair of the Rural Caucus, goes solidly behind Brittany Ruland to chair the Iowa Democratic Party's State Central Committee.

For more insight into Brittany Ruland, see the piece she wrote for Bleeding Heartland: A campaign manager's takeaways from Sarah Trone Garriott's victory.