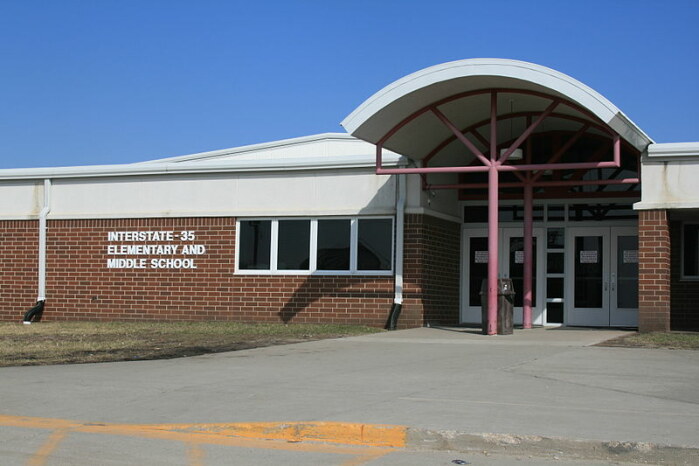 Separate and unequal is wrong for Iowa

Governor Kim Reynolds’ private school voucher plan, which is being rammed through the Iowa legislature, does more than throw public coffers open to private schools. It obliterates the line between church and state as a new entitlement spawns an unequal, two-tier publicly-funded school system.

The two tiers won’t be segregated by race this time. Rather, the divide will stem from public accountability, student accessibility, teacher qualifications, and school funding.

It’s separate and unequal all over again.

Public schools are governed by elected school boards. Each school board is required to have open meetings, with the agenda published in advance. Anyone may attend these meetings and speak. The board certifies a budget with the state, and regular financial audits are required.

Under the Reynolds plan, schools receiving public funds will be governed by an unelected, private board. The board meetings will be private, with no published agenda. There’s no budget certification or mandatory audits. Although the schools will be publicly funded, there will be no public accountability, and much like Iowa's privatized Medicaid program, a private company will manage the "education savings accounts."

Reynolds and the legislators supporting her proposal talk a lot about "parental choice.”  But parents already have a lot of choice in Iowa schools. They can choose to open enroll their students to another public school, without any deadline. They can choose to send their children to a private school, or they can choose to home school. In some districts, they can even choose remote learning. The new entitlement voucher plan is a solution looking for a problem.

One tier of the publicly-funded schools will continue to accept all students, even those with physical or mental disability. By law, the school will work with parents to provide instruction in the “least restrictive environment.”

The other tier of publicly-funded schools may accept or reject students based on the programs it chooses to provide. The private board of directors will decide the criteria for accepting students.

The new tier of publicly-funded school will still be able to expel students based on academic or behavior issues. Parents will have no choice about any such decisions.

One publicly-funded tier requires teachers to have a degree in the subject they are teaching and be licensed as a teacher. The Department of Education governs this. If teachers are accused of ethical violations, they are referred to the Board of Educational Examiners. That board is empowered to sanction, suspend, and revoke licensure. In addition, all educators are required to have a background check.

In the other publicly-funded tier, schools may or may not require licensure. While educators must follow the law, there’s no governing body regarding ethics violations. In addition, the curriculum may be as narrow or broad as the private board determines.

The cost of the new voucher entitlement is unclear because Iowa House and Senate leaders, in a rush to pass the bill, are not waiting for the nonpartisan Legislative Services Bureau to do a fiscal note. The governor's office has estimated that over the first four years, the cost will be $918.1 million ($106.9 million in the first year, $156.2 million in the second year, $313.9 million in the third year, and $341.1 million in the fourth year).

However, by the fourth year, the state's cost per pupil will no doubt increase, and the number of private schools may increase as well. That means the $918.1 million cost prediction is low.

Within the new publicly-funded system there will be winners and losers. Rural schools lose twice. If students leave to attend the private system, public schools will lose revenue because of lower enrollment.

Rural schools also lose from the provision that gives public schools $1,205 for each student within their boundaries that attends private schools. A district like Sioux City, which has a large private school in town, will receive $1,205 per student enrolled at the private school.

A rural school district without any private schools in the area will receive $0. That will widen the gap between rural and suburban/urban schools. Some rural schools will close.

The real winners are parents who already send their children to private school and pay tuition. By the third year the voucher program is in effect, they’ll receive $7,598 per student from Iowa taxpayers, regardless of the family's income level. Parents of four children attending a private school would receive at least $30,392 every year from the state, no matter how much the tuition costs or how much money the parents make.

The Iowa Supreme Court was progressive enough in 1868 to decide that a two-tiered education system was wrong. We need to help legislators understand that same thing before it’s too late to save our public schools, the foundation Iowa was built upon. Turning back the clock to separate and unequal is dangerous and wrong.

Top photo: Interstate 35 Elementary & Middle School, located in Truro, as photographed in 2009 by Ashton B Crew, available via Wikimedia Commons.