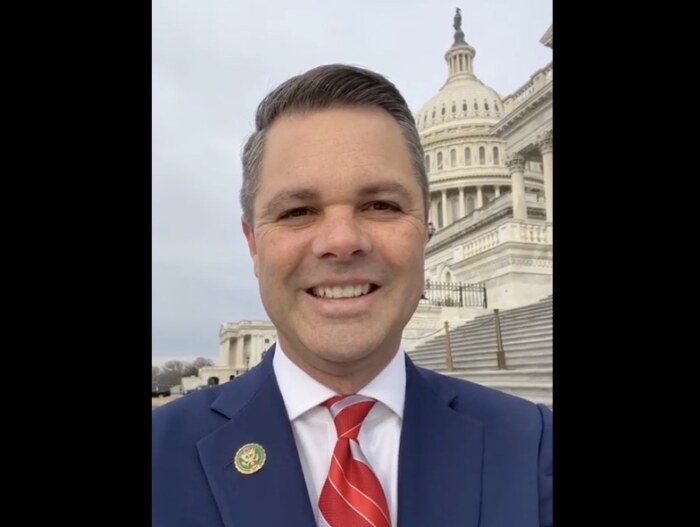 Zach Nunn has a lot to learn about federal food programs

Fresh off his assignment to the House Agriculture Committee, U.S. Representative Zach Nunn revealed a fundamental misunderstanding of who benefits from federal food assistance programs.

During a January 20 interview with KMA radio's Mike Peterson, Nunn touted the importance of his position on the Agriculture committee as Congress begins work on a new five-year Farm Bill. My partial transcript:

The challenge here is that a lot of the Farm Bill, as anybody who's ever dealt with it, it deals with nutritional assistance largely to blue state communities.

And that's great, it's an important part of it. But it could easily have eaten up the entire Farm Bill if it's not checked by folks like myself from farm states who are really committed to making sure that we're taking care of the actual farmers who grow the food, versus just subsidizing a variety of nutrition programs—all things important, but if you don't take care of farmers on the front end, you run into a real hardship on the back end.

Farm Bills have relied on urban-rural coalitions for decades, because there aren't enough members of Congress from rural areas to pass generous agricultural subsidies in a stand-alone bill. The main reason Farm Bills get through both chambers is the legislation combines benefits for farmers, ranchers, and others in the agricultural sector (such as biofuels producers) with funding for various nutrition programs housed in the U.S. Department of Agriculture.

Nunn is wrong to imply that USDA food assistance primarily benefits blue states or Americans living in urban areas. The programs reach residents of every county, even the smallest ones encompassing only rural areas.

I created the table below using November 2022 data published by the Iowa Hunger Coalition. These figures include only what Iowans received through the Supplemental Nutrition Assistance Program (SNAP, formerly known as food stamps). Many thousands of Iowans benefit from other federal nutrition programs such as school breakfast and lunch, the Emergency Food Assistance Program that steers commodities to food banks, or the Special Supplemental Nutrition Program for Women, Infants, and Children (commonly known as WIC).

I've arranged the IA-03 counties in descending order by population.

During November 2022 alone, SNAP benefits totaling more than $12.5 million reached more than 36,000 households in Nunn's district. And while the largest dollar amount went to Polk County (where more than 60 percent of IA-03 residents live), food assistance from that one federal program reached hundreds of people even in tiny Adams County (population 3,704 in 2020).

According to the Iowa Hunger Coalition's data, the county in Iowa's third Congressional district with the highest percentage of residents assisted was Wapello, covering the Ottumwa area. SNAP helped about 13.7 percent of Wapello residents in November 2022.

The economic value of federal food assistance extends far beyond those who directly receive the benefits. When food insecure people spend SNAP funds, they support jobs in area grocery stores or farmers' markets. For households in need, federal food assistance may also free up money to spend on other goods and services in their communities.

Nunn would do well to remember that the Iowans he represents don't only need the next Farm Bill to look out for farmers. Many rely on the federal government to help put food on the table.