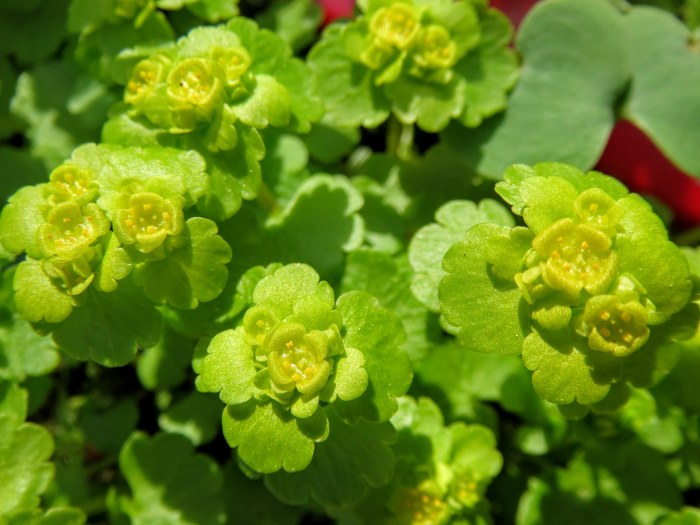 As I child, I pondered the (to me, peculiar) idea that in Victorian times at least some people believed that children should be “seen, but not heard.” Twisting that idea around, there are quite a few plants in Iowa that will rarely be seen, but it’s certainly worth hearing about them.

Several years ago, I profiled witch hazel, which certainly fits in the rarely-seen (at least, in Iowa) category. Today, I bring to you the tiny Iowa golden saxifrage (Chrysosplenium iowense), which by historical accident is named for Iowa, even though it is almost never seen in Iowa. 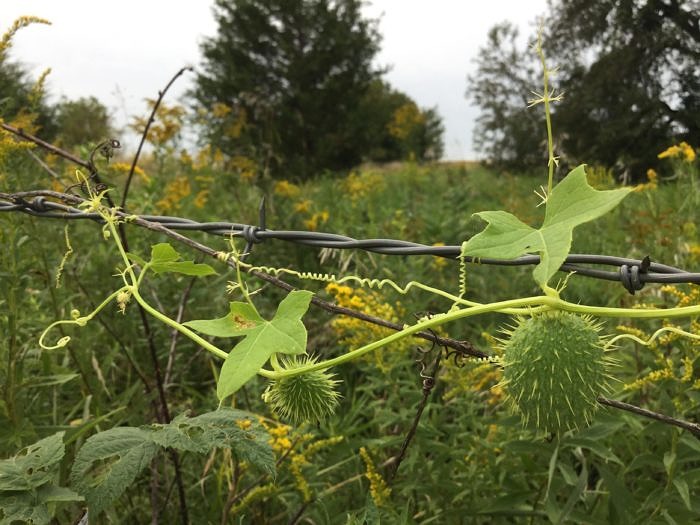 In August I received a phone call from a woman I did not know asking about a plant. It turned out that she was sitting in my friend Phil’s kitchen, having just made the drive from the Twin Cities to Decorah. On the drive, she had seen massive mounds of a flowering vine clinging to trees and shrubs along the roadside and was sure it must be the first wave of an invasion.

In fact, what she and many others noticed this summer was the exuberant growth of the native wild cucumber (Echinocystis lobata). This plant is native to eastern North America, but for some reason people seemed to really take note of it this year. It has likely become more common because it is well suited to nutrient-rich, disturbed landscapes created by humans. 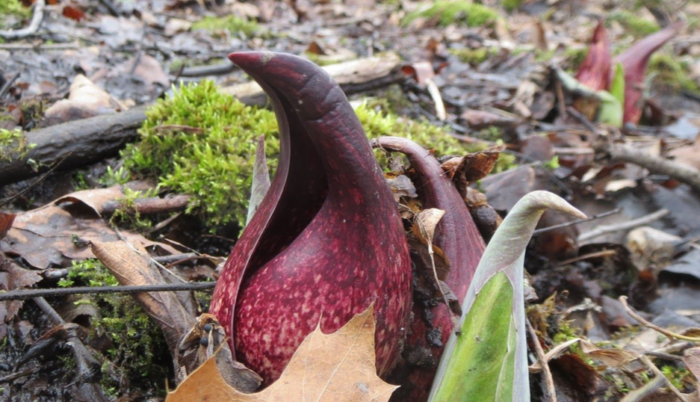 Luther College Associate Professor Beth Lynch educates the Bleeding Heartland community about a rare early spring wildflower. For those who missed it, I highly recommend her post about witch hazel from last October. -promoted by desmoinesdem

One weekend in early April the tourists showed up in town. They were thicker than flies around here. I’ll admit that most of them were here for a new beer release at one of the local breweries, but I also spotted some wild plant tourists tromping around the woods in search of skunk cabbage.

Skunk cabbage is not the first plant to bloom each spring. That award almost always goes to the silver maple trees. And, it is certainly not as cute as the pussy willow buds. So, why are the tourists coming to see skunk cabbage in the mucky swamps around northeastern Iowa? 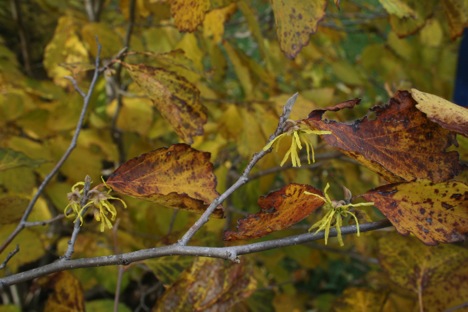 Many thanks to Luther College Associate Professor Beth Lynch for adapting and sharing an article and photographs she first published in November 2013. I had no idea witch hazel was native to Iowa. Steve Peterson alerted me to Beth’s work and shared some of his own pictures of witch hazel blooming in Winneshiek County. I enclosed those at the end of this post. -promoted by desmoinesdem

TINY JOYS OF A BOTANIST

I write to share with you one of my tiny joys of late fall. I took this photograph during the first week of November. What is it? A twig with some leaves, right? Look again. What are those yellow stringy things hanging from the twig? Spiders? Whiskers? Look closely.

These are the bright yellow petals of the witch hazel flowers. Think about it: flowers blooming in November! Every fall when most of the leaves have dropped from the trees and the sun is weak, I look for these cheery little flowers on the witch hazels. They bring a bit of warmth to the cold dark days when I seem to need it most. Tiny joy, indeed.